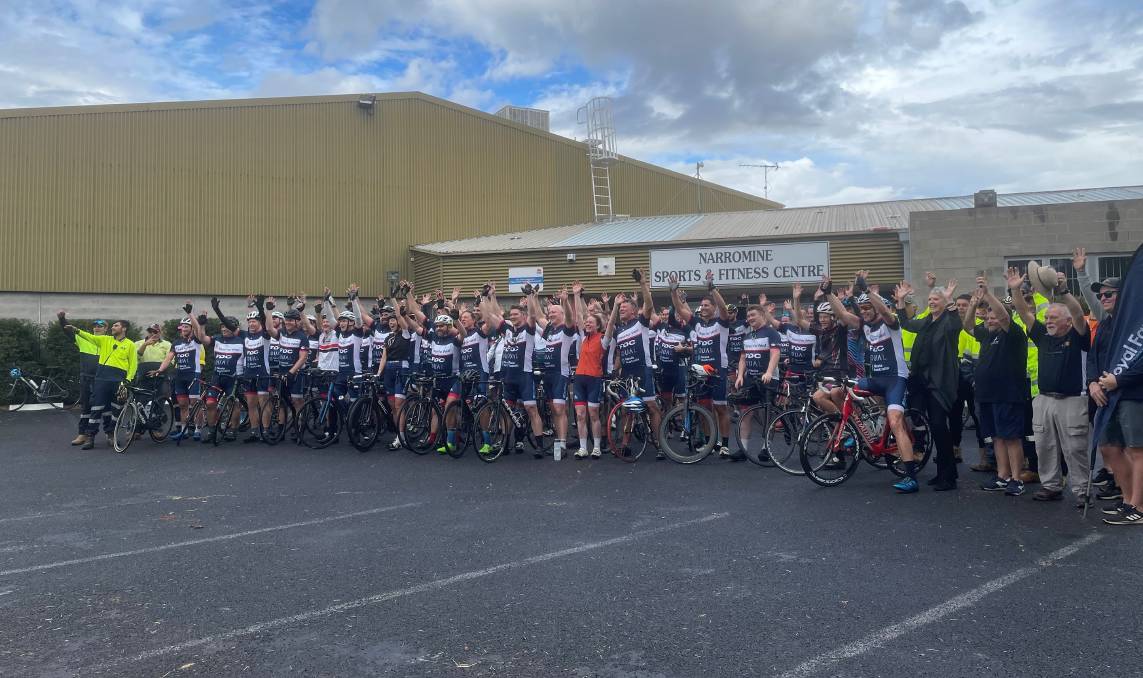 The Ride for Country Kids 2021 stopped in at Narromine on their ride from Dubbo to Cobar, raising money for Royal Far West. Photo: Royal Far West

Ride for Country Kids 2021 has already raised $462,000 for Royal Far West, with 76 bike riders cycling more than 400 kilometres, from Dubbo to Cobar this week.

The amount exceeds the $450,000 target and is enough to fund places on Royal Far West's Paediatric Developmental Program (PDP) for the close to 150 children on the waiting list.

As a Bathurst local and father, Mr Renshaw said he understood the challenges that country communities can face to access vital developmental and mental health services, and the difference Royal Far West's support could make.

"I still love riding my bike and all these people are motivated to do this ride for many reasons so I want to be there to help them get through," Mr Renshaw said of his involvement in the charity ride.

The ride began on Sunday in Dubbo and stopped at Narromine and Nyngan before finishing in Cobar on Tuesday.

Mr Renshaw is more used to riding through the hills of France than Western NSW and he was looking forward to getting out there.

"I've never been west of Dubbo...so it will be interesting to see what it's like," Mr Renshaw said.

"My role will be to help the other riders stay motivated, give them some tips of the trade."

Royal Far West's Jacqui Emery said donations were still rolling in and "never had there been a more important time to raise money for country kids after drought, floods, bushfire and COVID."