Pig breeder Amanda Flemming has been to many shows in her time, but the 2021 event was one to remember. 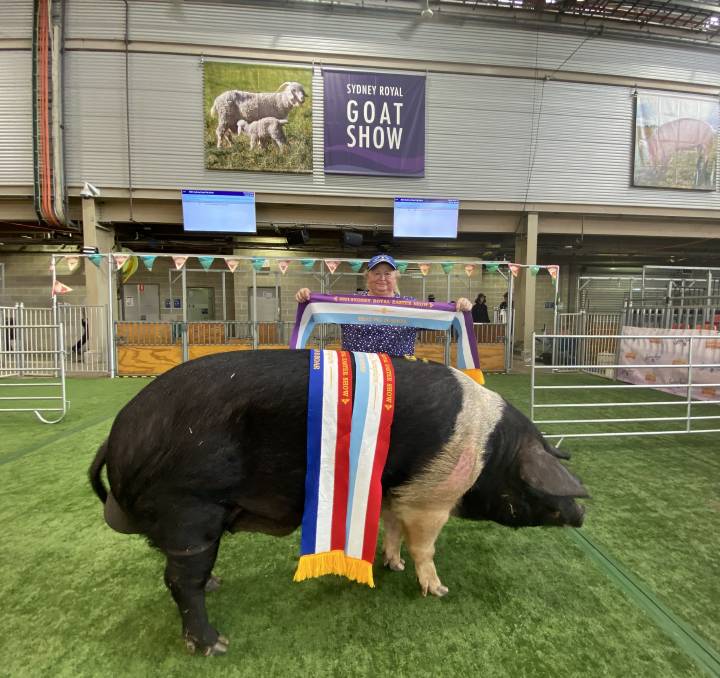 Pig breeder Amanda Flemming has been to many shows in her time, but the 2021 event was one to remember.

Not only did her Wessex Saddleback, Corella Park Satellite D1316, claim Best Pig In Show honours, but Amanda was awarded Life Membership as well.

Amanda runs her Wessex Saddleback, a breed which is distinct for the white stripe over the shoulders, on only seven hectares (18 acres) at Upper Lansdowne, NSW.

While Amanda runs 17 pigs, predominantly Wessex Saddlebacks but some Landrace, she also has poultry, a horse and a small herd of beef cattle as well.

Corella Park Wessex Saddleback Stud was established in 1938 by Amanda's father, and continued by herself and her sister Dawn.

Sadly, Dawn, who was also a Life Member, passed away just after the 2019 Sydney Royal Easter Show, making this year's event Amanda's first without her sister and very emotional.

"It was strange coming here without Dawn for the first time," she said.

"She was like the mother of the 'show family' and everyone really loved her."

Amanda was excited to see her 'show family' this year.

"It was great to see everyone after the disappointment of last year," she said.

"Sometimes you may only see some of them once a year and the show is a great chance to catch up."

To prepare her pigs for the show, Amanda has a simple program.

"I feed them a pig pellet, just like any other day," she laughed.

"They get a wash and shampoo once they get down to the show."

Amanda now runs the stud on her own while still working a regular job.

"I get up at six and go down and feed the pigs and the poultry then get changed and go to work at a horse stud," she said.

"I come home and do duties around the farm like cleaning out pens and slashing paddocks - general maintenance duties."

Amanda has good advice for someone staring out in showing pigs.

"You can always improve the genetics but sometimes it can be difficult to source.

"With Wessex Saddlebacks you mainly have to go into Victoria to source good genetics."