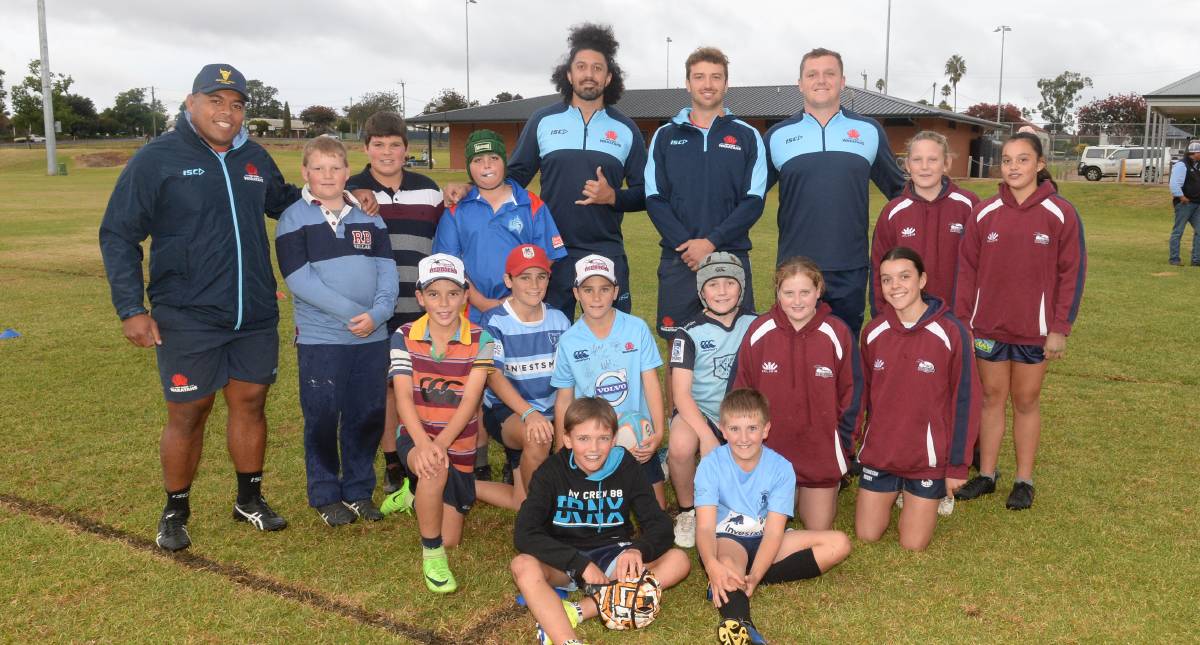 Four of 43 NSW Waratah players joined junior in training at Wellington's Rygate Park on Tuesday evening and were astounded by the talent.

GETTING back to country rugby nurseries was no doubt on the minds of NSW Rugby when it sent out 43 Waratahs and four coaches to the Central West earlier this week.

But, no matter what reason, hundreds of rugby juniors benefitted from their experience in 18 towns from Sunday to Wednesday.

NSW Rugby development manager for the Central West and Far West, Gus McDonald, was with Sam Wykes and three colleagues, Sio Tatola, Angus Bell and James Ramm, who took the junior through their training paces and showing some finer points of the game's techniques.

"We're having about a four per cent growth year-on-year, which is brilliant.

"The increase in popularity around the young girls and womens games now it is an Olympic sport, is just boosting the game and there are now five or six girls out there running around for Wellington who are rep football players and they're pure class.

"They came through the Wallas and school programs we ran and are now playing for Central West Rugby and hopefully they go on and aspire to be the next motivators that encourage people to play, because there's a lot of skill and talent out here."

The 43 Waratahs were split into small groups and took on training camps with juniors in Orange, Mudgee, Canowindra, Cowra, Young, Forbes, Parkes, Dubbo and even Geurie.

"Our Waratahs are really embracing the opportunities and also seeing how strong and big Rugby Union is in the Central West," Mr McDonald said.