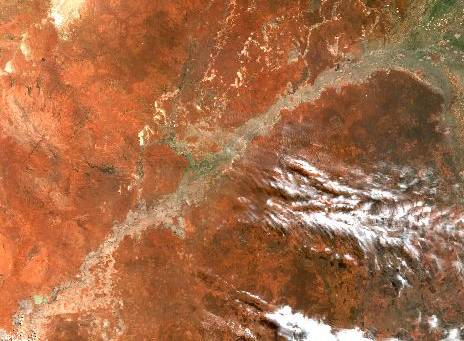 A satellite image of the Darling River, from Bourke to Menindee, in April this year. Satellite images: Google Earth Engine, Landsat and Sentinel-2

A lot can change in a year - as seen by the satellite images of the Darling River and the Menindee Lakes, taken in March 2020 and April 2021.

The outback river's fortunes have gone from dry despair to abundant flows in a little over 12 months.

The 'boom and bust' nature of the Darling is nothing new to those who live along its banks, but that doesn't diminish the joy felt when the river runs high after years of drought, or the anxiety experienced by downstream users, wondering how much will make its way to them. 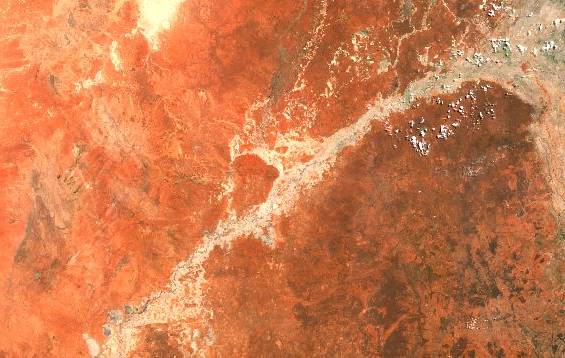 WaterNSW has predicted up to 1350 gigalitres of inflows from Northern Basin catchments will reach Bourke, while 1100GL could make it to Wilcannia and 1000GL to Menindee.

WaterNSW said the significant increase in the forecast inflows into Menindee was due to the volume of water entering the Barwon-Darling from the flood plains around Collarenebri and Walgett.

Samantha Mooring and her husband Garry live on Rose Isle station, between Bourke and Louth.

The water peaked at Rose Isle last week, with more than 37,500 megalitres flowing through a day and the river height above 10 metres.

Mrs Mooring said the water was gently breaking the banks of the river - filling their creeks but not leading to large-scale over bank flooding or even blocking their road to Bourke.

"It's fantastic, it just cleans the river out, flushes out the salt and the algal blooms."

It is a huge change from early last year when she said they could ride their motorbikes across the Darling at Louth. 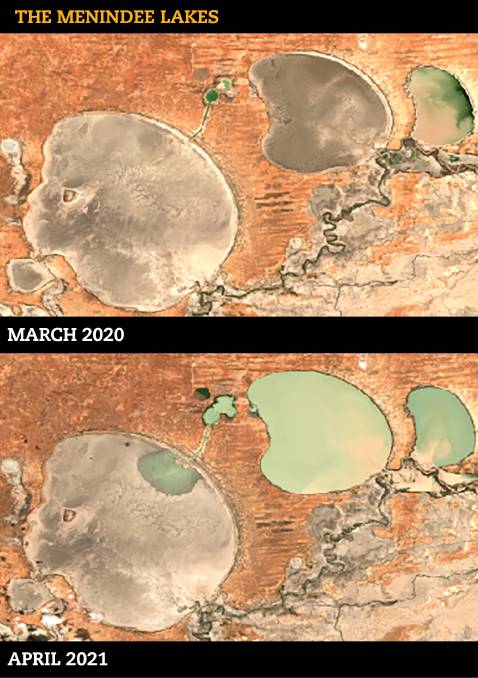 Further downstream at Kallara Station, Tilpa, Justin McClure said they had close to 30,000ML flowing past their front door.

"It gives us the ability to put some water in our dam for our pivots," he said.

"It has also lifted the community spirit to no end.

"It makes life a little bit more difficult, but we don't see that as a burden because of where we've come from - two or three years of drought."

Mr McClure said it had been nine years since their last high river in 2012.

It's not fair that there's no consideration for those at the bottom of the watershed. - Justin McClure, Kallara Station, Tilpa

He argued there needed to be downstream targets put in place to ensure an equitable share of the water for all the communities that live along the river.

"A community at Pooncarie, or Wilcannia or Bourke, should have just as much right to the water," he said.

"It's not fair that there's no consideration for those at the bottom of the watershed."

The Menindee Lakes trigger point of 640GL has been reached, with the Lakes total volume was 667GL on Sunday.

A statement from the MDBA last week said the state governments required the MDBA to maximise the total volume of water available across the River Murray System.

"This means water is often drawn from the Menindee Lakes in preference to other storages such as Hume and Dartmouth dams, which have lower rates of evaporation and seepage," the statement read.

"Given the current state of the river system, significant releases of water are not likely from the Menindee Lakes until late spring or summer, although we will continue to evaluate this," Mr Reynolds said.

"If conditions are dry in coming weeks, that might change with rising demand for water but the volume required by the states from the Menindee Lakes in that circumstance would be relatively small."

The last time the lakes were shared between New South Wales, Victoria and South Australia ended in December 2017, when levels dropped below 480 gigalitres.