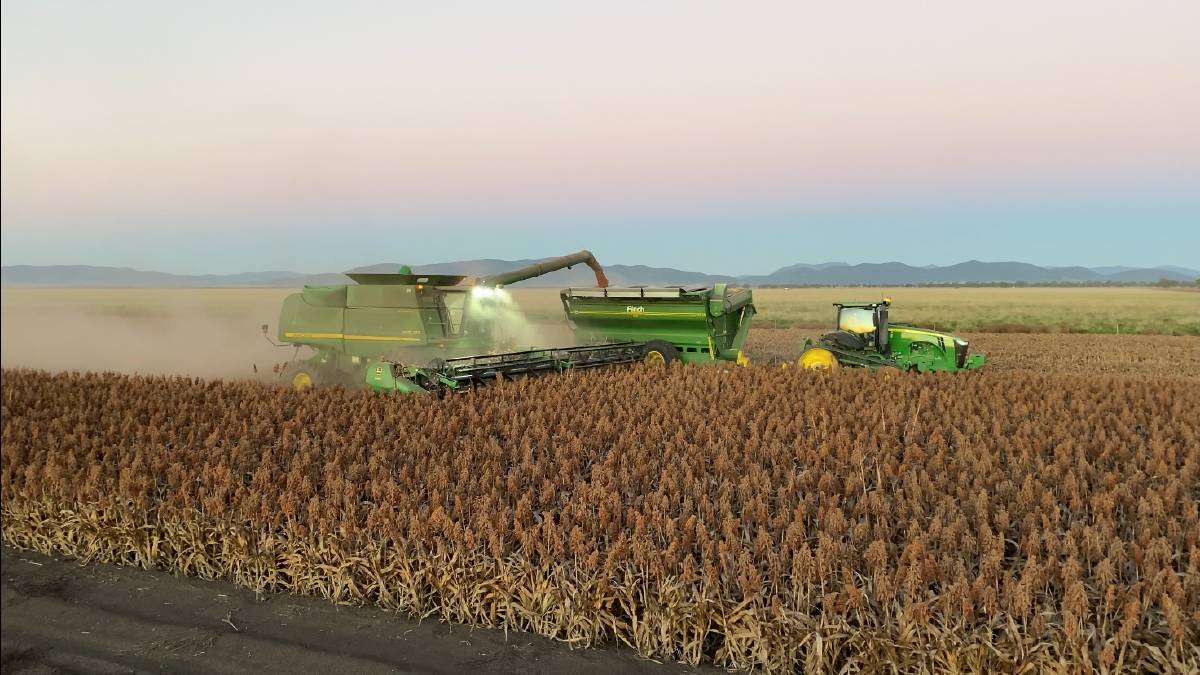 The Pursehouses bring in their "once-in-a-lifetime" sorghum crop at Breeza Station this week.

Rushing sorghum to receival depots before mice move in

With mice literally nipping at their heels, farmers on the Liverpool Plains are harvesting some of the best yielding sorghum in history.

GrainCorp storages are quickly filling and extra space is being provided as the large crop is brought in. Many crops are going up to 10 tonne a hectare.

Growers are spending no time in getting their sorghum straight to major receival depots, not risking fouling by mice in on-farm storages.

While there are limited sorghum varieties on the market, one variety Barenbrug's HG-114 has been a standout and recently won the Premer Shield (Lambrook Pastoral Company, Mullaley, winners). Unfortunately it appears this may be the last year the variety is available.

Pioneer A75 and A66 have performed strongly this year as have the mainstay varieties of Pacific Seeds' MR-Buster and MR-Taurus.

At Breeza Station, Andrew Pursehouse is bringing in one of the best crops they've grown of Buster and Taurus sorghum.

"This is a once-in-a-lifetime crop," Mr Pursehouse said. The growing conditions have been ideal and at Breeza the crops have had minimal damage from mice and late frost that have hit some northern crops.

"This crop is a big shot in the arm for the Liverpool Plains," he said. 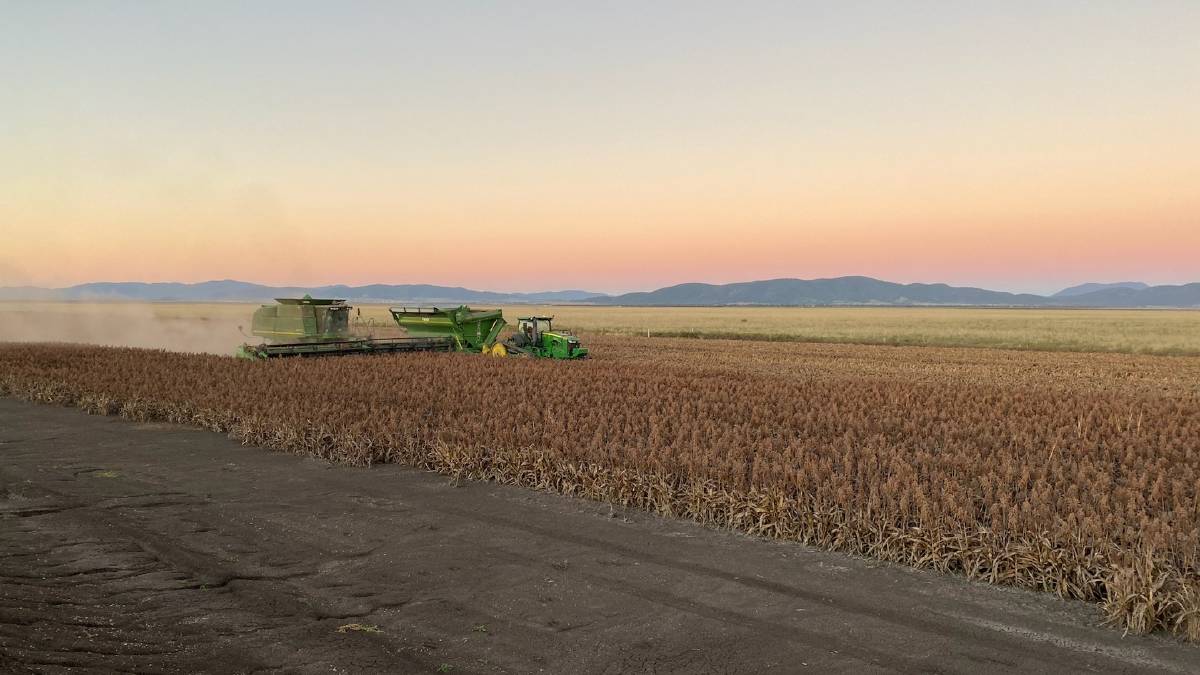 At Breeza Station they've also had to get on top of the mice issue. Mouse bait was flown on twice in the sorghum in mid-January and mid-February.

The sorghum was planted at 2.2kg/ha with 20L/ha of Flowphos 13Z. No additional nitrogen was applied. In crop herbicides were applied in early December and the crops were desiccated at the start of April. The Pursehouses were also hoping to hit the 8+t/ha mark. "Our priority is to get it off farm as quickly as possible and take advantage of the premium prices," he said. 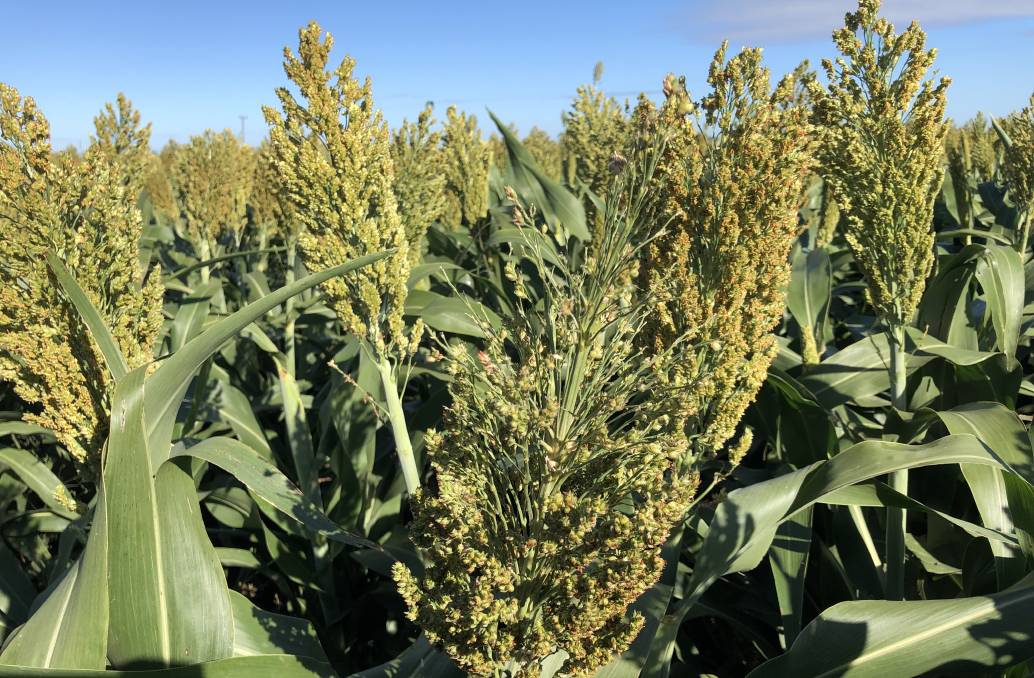 Sorghum at the moment is about $270-$280 a tonne delivered, while premium product may attract $290-310/t. The Pursehouses will sow faba beans and chickpeas right into the standing sorghum stubble.

GrainCorp sites are quickly filling and this product is mostly shipped in bulk to China for the brewing and stockfeed industry. Crawfords Freightlines at Werris Creek were also packing premium sorghum into shipping containers for China.

Gunnedah Elders Rural agronomist Bec Waters said there had been some severe mice damage to crops mainly in the Mullaley area. "It's been a perfect season, rain at the right time, but I'd say the earlier crops are doing much better than the later crops."