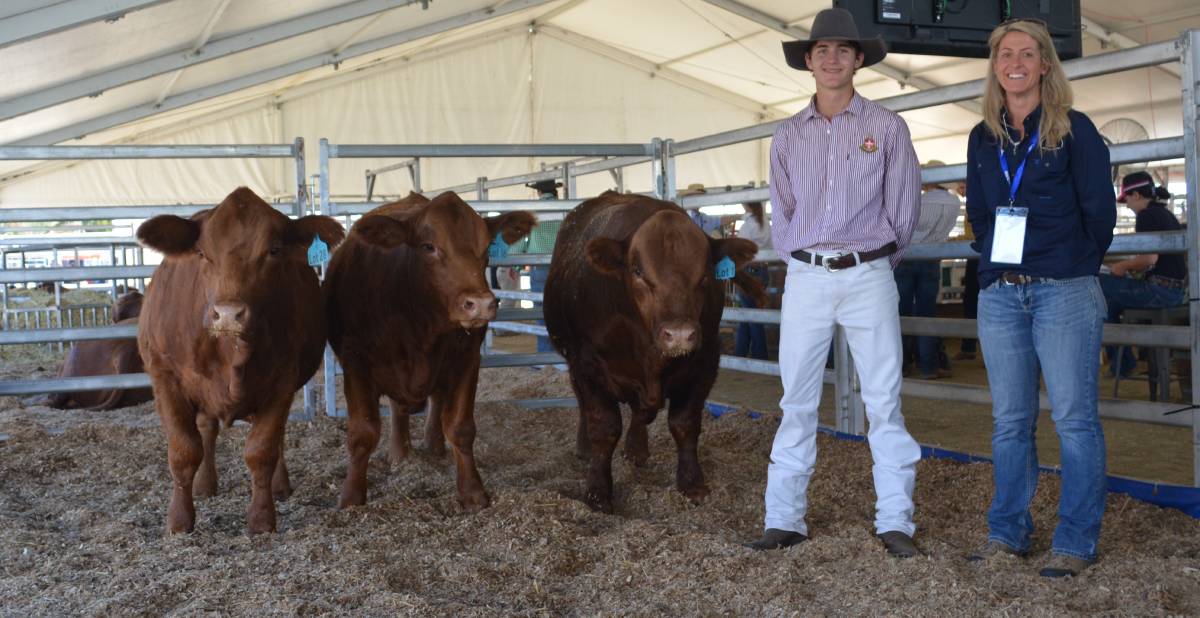 Brangus breeders looking to get into red Simmentals helped drive prices up at Savannah Simmentals Rocky Red Sale at Beef 2021 on May 5.

BRANGUS breeders looking to get into red Simmentals helped drive prices up at Savannah Simmentals Rocky Red Sale at Beef 2021 on May 5.

Animals sold to three states, including Queensland, New South Wales and South Australia, while genetic packages were snapped up by buyers as far as Tasmania.

A sale top of $26,000 was reached when the lead lot one bull, Savannah Quarterback Q077, created spirited bidding before eventually being knocked down to Hayden, Isabella, Arianna and Annaka Hanson of HIAA Pastoral, Moura.

Sired by Harvie Red Summit 54B and out of Savannah Zoe M02 he had a weight of 796 kilograms with an eye muscle are of 128 square centimetres and fats of six millimetres on the rump and 5mm on the rib.

Just starting off in the Simmental game, the Hansons also run a Brangus stud consisting of around 15 red Brangus and 50 or so black Brangus.

Vendors Vaughan Campagnolo and Sarah Truran of Savannah stud, Myponga, SA thought highly of the 20-month-old up and coming sire, opting to retain 100 doses of semen for their own in herd use.

They were also underbidders on the $15,500 top-priced heifer lot in Savannah Zoe Rose Q070 that was purchased by Glen and Linda Martin, Moura.

Genetic opportunities had one flush in Lancaster Blanche G114 sold for $7000 to an AuctionsPlus buyer, four embryo packages sold to a $950 per embryo top and an $788/embryo average, while semen packages hit $160 per straw.

The sale was conducted by GDL with Josh Heck as the auctioneer.