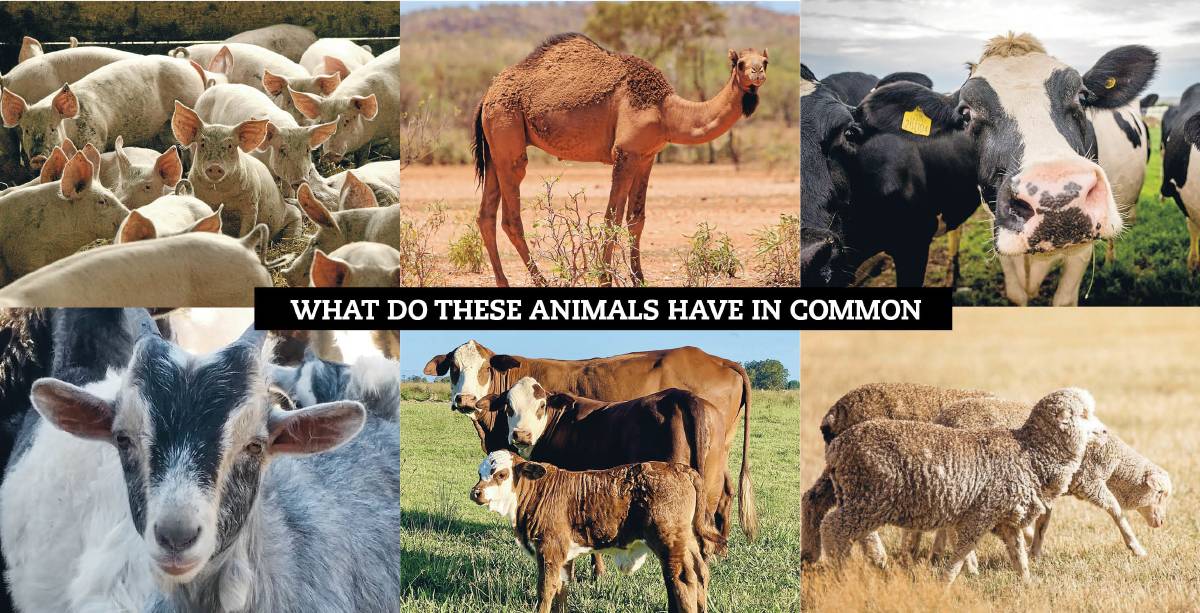 All of these animals fall under the livestock banner, but is it time we had a single body to represent them?

The Land journalist Samantha Townsend asks if is it time we had a single body to represent them?

Imagine a world where there is one body ruling them all?

Lets even throw apples and oranges into the mix.

You name it - they will be represented under one banner.

If the record breaking prices teach us anything it would be people can't get enough of Aussie especially Aussie meat.

But as agriculture continues to thrive so does the amount of industry bodies, committees, advisory councils and any other group with the word association in the title.

Soon there will be more industry groups and representatives than actual farmers.

But the problem is no one talks to each other - and if they do it's having a swipe about what they stand for.

Why is it that there is still so much segregation?

What will it take to bring everyone under the same banner to represent Australia?

This is not a new conversation.

Agricultural leader Roger Fletcher was talking about this very issue in The Land's pages in 2017 where he said there were: "too many cooks in the kitchen spoiling the broth" when it came to the sheep industry.

At that time Mr Fletcher was saying there were countless numbers of statutory agriculture levy bodies covering sheep, beef, fisheries and horticulture.

And according to Mr Fletcher that was far too many "cooks" (organisations) especially when it came time for our politicians to make decisions in parliament.

"There are several industry groups, with too many people, who all want to have their "two bobs" heard on an issue and they all compete against each other, which is counter productive. To actually make a decision they need to consult with each other."

There are several industry groups, with too many people, who all want to have their 'two bobs' heard on an issue - Roger Fletcher

And as soon as each industry group from the same commodity don't agree they pay a consultant thousands of levy paying dollars for what?

A solution they could have come up with if they were talking or were on the same page or if there was once voice.

Nothing gets done because our people have to speak to your people.

This isn't exclusive to agriculture.

It's also found in the wall of parliaments or in regional politics where members of the same party argue over who claims the credit for what funding announcement.

It's time to stop the bickering and get on with the job - and that's representing our farmer who are the best at what they do no matter what shade of brown the ground is.

As Mr Fletcher aptly puts it: "We need to be able to help our ministers with one voice, whichever party they represent".

"There needs to be one voice representing sheep, one for beef, one for fisheries and one for horticulture. That way we can get more done, give direction, and be efficient," he said.

Whether you are a monarchist or a republican or other - maybe we could seek some inspiration from across the ocean where a 95-year-old continues to hold court over 54 independent countries.

If one woman can lead the Commonwealth with all of its diverse interest, why can't we find a single body that can be the voice for Australian agriculture.

Whatever your royal opinions are, you have to admire that. Maybe our industry leaders can take a leaf out of her book.

Who know what could happen if all groups were a united voice, image how powerful that could be.