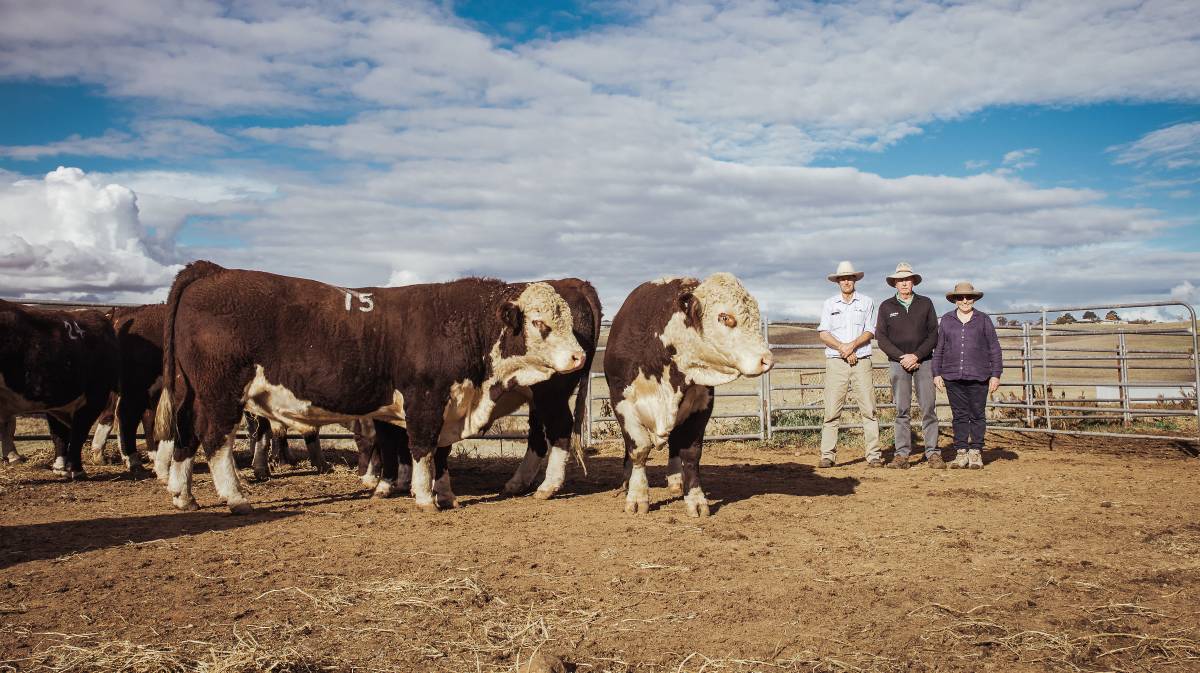 RETURNING bull buyers, especially seeking calving ease, secured 24 of the 29 Stanford stud bulls of 18 to 20 months of age offered in the AuctionsPlus helmsman sale at Bathurst last Friday which reached $12,000 to average $6875.

Three bulls sold at $10,000 each to Larras Lee Simmental herd of Boomey Park, managed by Angus Shannon, who has been buying Stanford heifer bulls since 2013 which have dramatically improved the calving ease of the herd. The bulls were Stanford Qushtan, Quambatck and Quorum.

Max and Ralph Price, Kooringle, Pyramul, returned to pay $9000 for another heifer bull, Stanford Qwando, weighing 662kg. They also paid $4000 for another bull.

Bill Davis of Elders, Bathurst, operating for Howard and Ruth Thompson, Pomona, Neville, paid $8250 for Stanford Qarah, a heifer bull, and on behalf of the Kelly family, Ferndale, Caloola, $8500 for Stanford Qutang, a heifer's first calf and a pen of PTIC heifers at $2800 a head.

Glenoren Partnership, Yass, bought the top-priced pen of PTIC heifers and a pen of cows with calve at $4100 a unit.