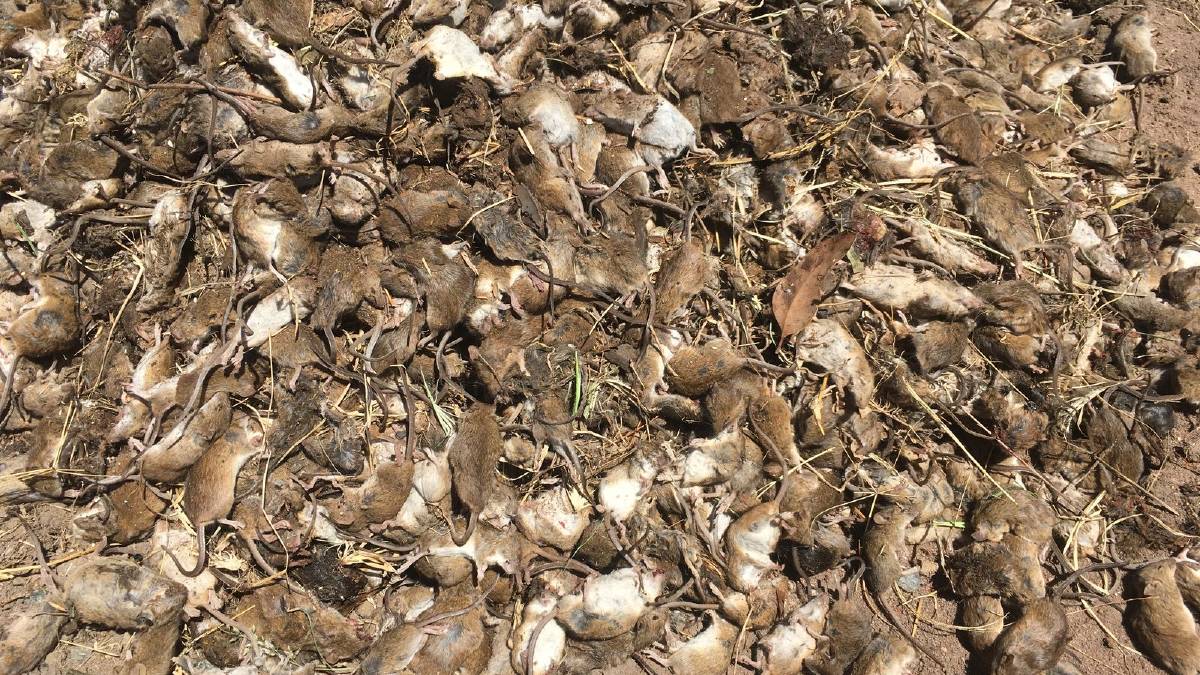 NSW Farmers' and the Country Women's Association of NSW are calling on the government to implement a financial support package, providing up to $25,000 per farm business to subsidise 50 per cent of the cost of bait products. Photo: NSW Farmers'

A NSW Farmers' survey has found that farmers are paying up to $150,000 to try and combat the crippling mouse plague.

Farmers are paying up to $150,000 to try and combat the crippling mouse plague that is causing damage across the state, a survey had found.

It comes as NSW Farmers' and the Country Women's Association of NSW united in Sydney today at Parliament House to call on the government to implement a financial support package, providing up to $25,000 per farm business to subsidise 50 per cent of the cost of bait products.

As the mouse plague continues to spread across NSW, farmers are already feeling the impacts with damage and contamination to last season's winter crop as well as fodder stored on farm with some reported to having lost 100pc of their summer crop.

Preliminary results of a survey conducted by NSW Farmers' of 1300 primary producers found that 94pc of farmers had to bait for mice, with 45pc starting in 2020.

"Reports show that the impacts are similar to other natural disaster such as drought, and are escalated by the cumulative effect of recent drought, bushfires and flood events," the NSW Farmers' survey said.

Most of the damage has been done to agricultural machinery and infrastructure with 83pc. 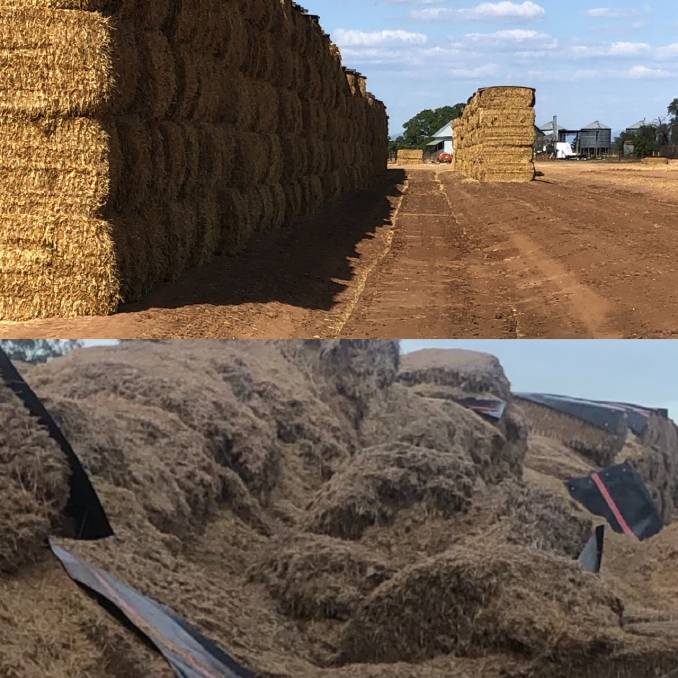 Before and after....bailed hay before then the collapsed hay stacks after mice damage at Dean Ferguson's property Armatree. Photo: Martin Murray

Inverell farmer Martin Murray, who is the deputy chair of Young Farmers, said mouse numbers were building up across the state despite the flooding rain earlier in the year.

Mr Murray said crop damage over summer had ranged from $350 to $500 a hectare including baiting costs with some crops being abandoned entirely.

"I've spoken to a grower who at the end of last year baled enough hay to last him three years of drought valued at $100,000, he believes he will have to burn at least half or more," Mr Murray told The Land.

"This is a crisis that will get worse before it gets better."

Barmedman farmers Lisa Minogue said she did 38 loads of washing in three days due to the mouse plague.

"The smell is horrific, you can pick up all the mice you see but there is always more," Ms Minogue said.

"My house is pretty much packed up in boxes."

Meanwhile 75pc of farmers surveyed had reported an inability to access baits when needed and when they could 79pc had reported a rise in the cost of bait.

"The availability of mouse bait is an escalating issue so government support is sought to monitor availability of commercial zinc phosphide and ensure those impacted can secure affordable bait supply, when it is needed," the NSW Farmers' report stated.

"The government have a role to play in supporting the establishment of and streamlining approvals for regional grain treatment stations, allowing farmers to treat their own grain, reducing the cost and biosecurity risks associated with baiting.

"Government must also be planning ahead for when mouse populations are predicted to worsen further in spring, during the critical grain and fodder harvest periods, to manage further financial impacts."

The plague is not only taking a toll on crops, but also the health and mental well-being of farmers with 34pc of respondents having suffered direct health impacts by the mouse plague to date.

There were 93pc concerned the plague would lead to unsafe accommodation for their family or employees, with 30pc very concerned about contracting leptospirosis.

An incredible 97pc feel the influx of mice is affecting their stress levels making farm business decisions with 91pc having direct stress around the financial impacts.

There has also been reports of being bitten by mice while the pests have made their way into rain water tanks causing contamination of domestic water storages with different bacteria such as salmonella.

Country Women's Association of NSW CEO Danica Leys said the seriousness of this issue needed to be acknowledged by the State Government as the economic and public health crisis it's become.

"It's time for urgent action to support the rural and regional communities that are suffering through this plague and we're urging the government to implement a plan that tackles this crisis on all fronts, from funding towards eradication costs to an increased focus on research that can help avoid these plagues in the future," Ms Leys said.

Meanwhile the NSW Government has announced a new series of mice management workshops for farmers where Australia's leading mice expert Steve Henry from the CSIRO will provide in person advice to landholders.

NSW Agriculture Minister Adam Marshall said the government was also looking at what new tools may be available for mice control into the future.

At present, Mr Marshall said the only mice control measure farmers had access to was poisoning through baiting but in the medium to long-term it was looking to have a wider variety and more effective tools for our primary producers to tackle mice plagues.

"Biological controls have been successfully implemented for other pests and given the challenge mice present, I have asked my Department to investigate what future biological controls for mice might look like," Mr Marshall said.

For those who are unable to make a workshop, the NSW DPI will be broadcasting live from Molong this Friday so landholders can access the advice and ask questions in real time.

The workshops will explain how people can:

To submit a letter to the editor, email letters@theland.com.au and please include your name, location and a contact phone number.