The 38 steers were processed at Western Sydney Meatworks but a number of carcases were hit with substantial penalties. 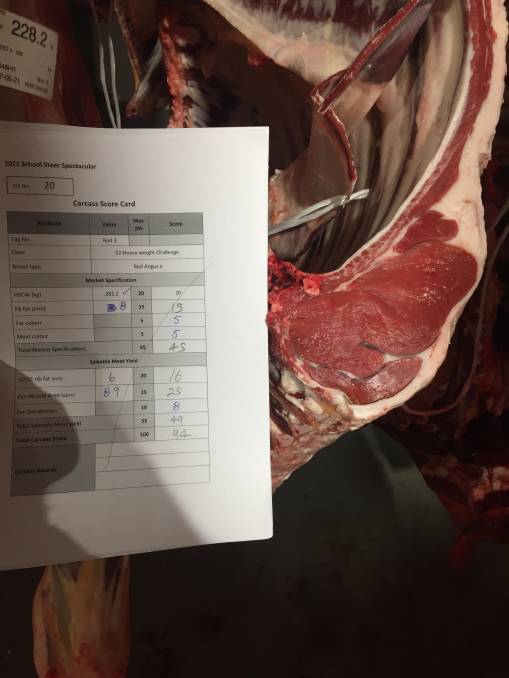 Entrants in the South Coast Beef School Steer Spectacular were reminded of the role appropriate feed and correct class nominations can have on carcase competition results.

The 38 carcase steers were processed at Western Sydney Meatworks on Saturday but a number of carcases were hit with substantial penalties after falling outside of the market specifications of their class.

It was quite a contrast to last year's competition where the grand champion scored an impressive 99 points out of 100.

Entrants in the competition don't have to nominate for a carcase class until after their live weighing at the showgrounds.

As a result an animal can compete in a different carcase class to the one it parades in.

The highest scoring carcase and champion open school challenge steer was a Limousin from Yass High School and bred by Sarana Limousins, Crookwell, which scored 94 points.

But the committee opted not to award a grand champion across the three sections given the penalties some faced for carcase weight.

Reserve to that steer was an Angus cross Simmental from Chevalier College and bred by Yallambee Angus, Berrima that scored 88 points. 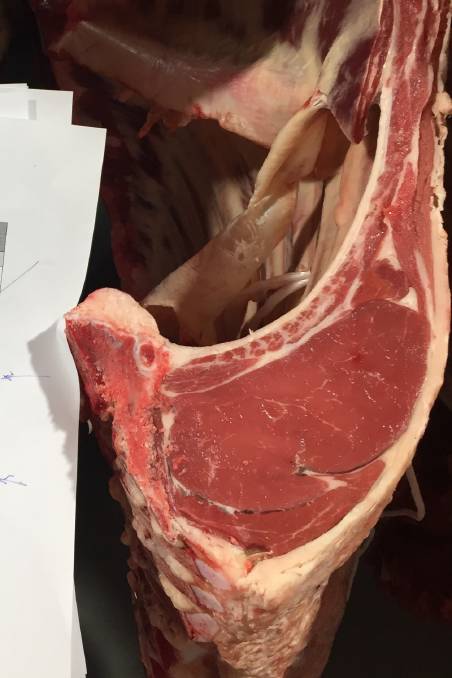 South Coast Beef executive officer Rob Stafford said there were some fantastic carcases but it highlighted the need to feed to specifications and nominate in the right class.

"A major part is education and there are repercussions if you don't learn properly," he said.

"There were some steers that were placed in the incorrect weight class by the schools and this has impacted the overall results of the competition. While we have a highest scoring carcase, they missed out on the ribbon and prize money that they deserved."

In the Manildra School Championship, consisting of steers fed on a Manildra DDG ration, it was Chevalier College who had the champion with a 93.5 point scoring South Devon bred by the Hamilton family, Oakfield South Devons, Foxground.

Reserve was Dapto High School with an Angus from the Hawthorne family, Target Creek Farm, Kangaroo Valley, that scored 91.5 points.

Those schools both went on to be named overall champion and reserve champion schools based on their performances across the hoof and hook judging and report presentation.

Ms Caines let out a squeal when hearing the news over the phone and said the students had worked very hard given the disruption COVID-19 had on their traditional show circuits. In a bid to build up students confidence they'd held an inaugural in-house cattle show for students.

"It's really hard to get a good preparation when you don't have your normal shows so that makes it even more exciting because we hadn't had some of those lead up events so there were a lot of unexperienced kids that were going into the project and also worked hard on the day," she said.

The third carcase section, South Coast Beef members challenge, was won by Brad Hawthorne, Kangaroo Valley, with an Angus on 89 points while L and S Pippard scored 76 points for a Tannoch Farm South Devon out of Parma.

Rosebank Meats at Kiama purchased the South Devon from Chevalier College while the remaining carcases were purchased by Picton Wholesale Meats.