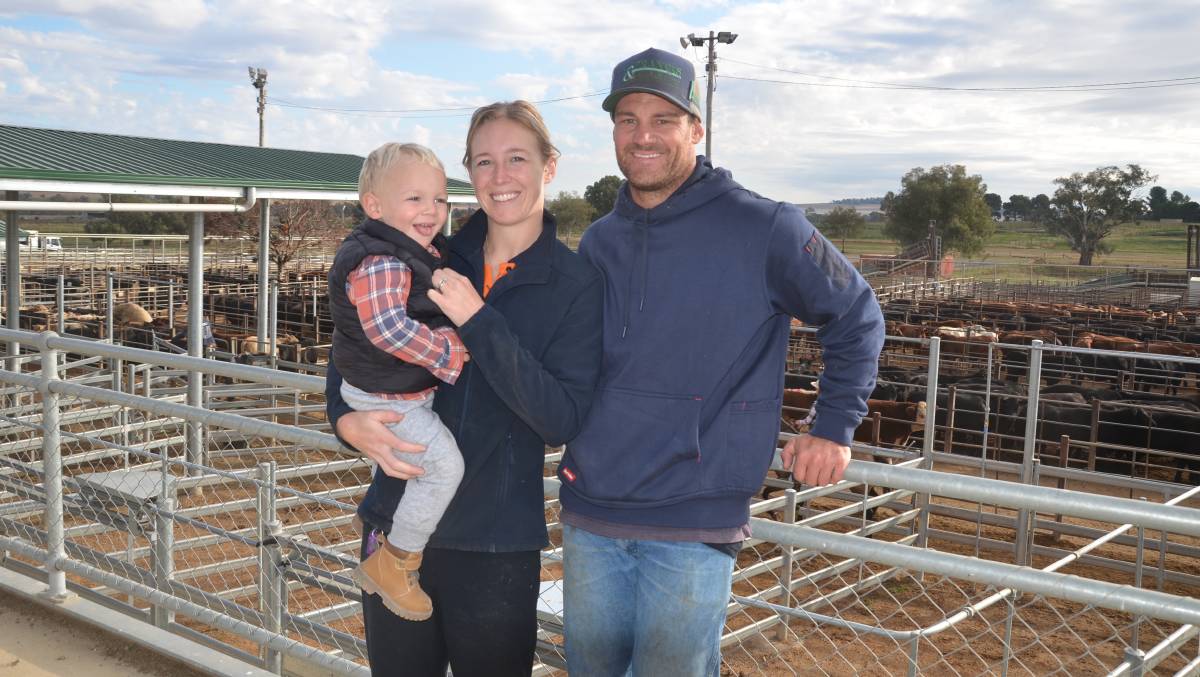 Bailey and Ben Lucas, Tarcutta with Fletcher, 2, at the Wagga Wagga sale where they sold Angus heifers, 442kg, for 454c/kg. Cows saw a price jump this week, up by 10c/kg.

Smell of rain leads to a drop in supply across the state.

The smell of rain led to a reduction in prime cattle yardings across the state this week and the lack of supply pushed up cow prices in particular, with a jump of up to 10 cents a kilogram reported.

Riverina Livestock Agents' James Tierney said any dip in supply was putting pressure on the processors.

"We didn't get much of the rain around this week but rain further east and to the north has had an impact," Mr Tierney said.

He said feedlots were also playing a role in pushing up the heavy cattle end of the market.

"Feedlots are buying cattle heavier than we've ever seen them do before, they're picking up cattle that are 600kg to 620kg," he said, putting that down to a lack of supply of traditional feeder weight cattle.

In Forbes, numbers dropped by 345 to just 479 head at Monday's yarding.

"I think it can be put down to a lack of numbers. There was a threat of rain," Mr Dunn said. 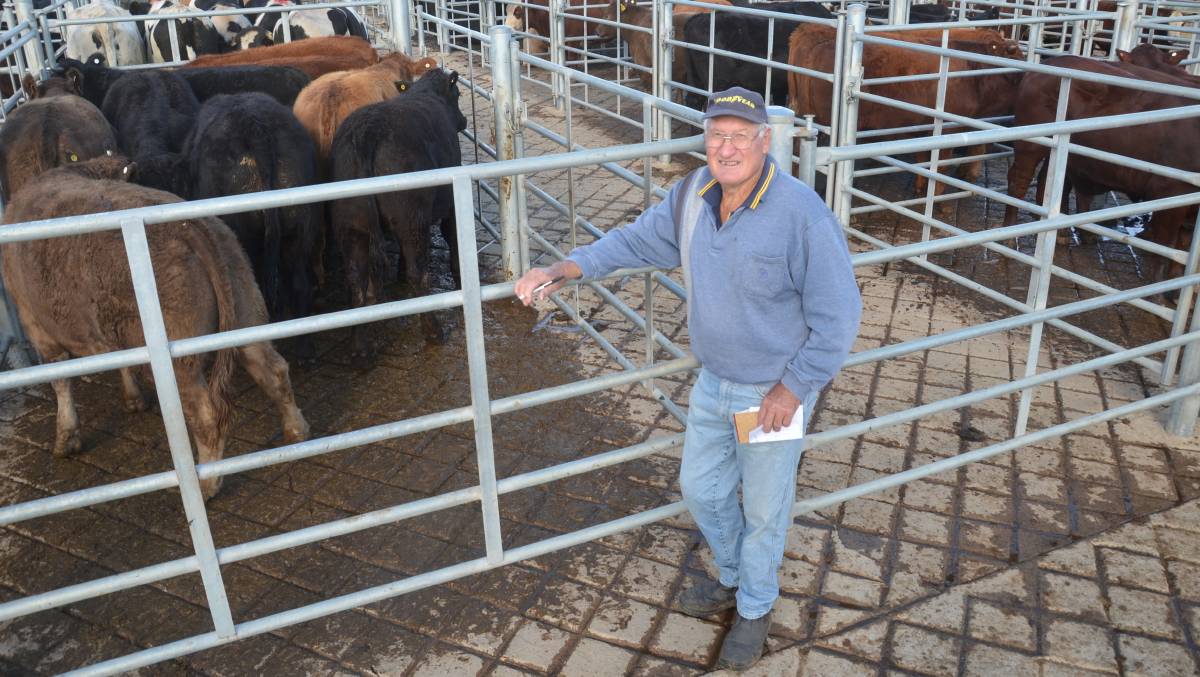 "We only ended up with 10 to 15mm, not enough to give you a lot of cattle feed but there's just so much confidence in the job at the moment."

Mr Dunn said one of the factors persuading producers to hold onto their cattle was the mice plague.

"There's a lot of hay around and a lot of it is being spoiled by mice," Mr Dunn said.

"It's not worth selling so they're better off getting some value out of it while they can."

The market was indicating that producers who had held on were being rewarded, Mr Dunn said heavy black steers sold for $2500 on Monday.

"In Forbes we're also seeing quite a lot of Bos indicus cattle coming through, that agents would have purchased from Queensland and into the Territory.

"They're all starting to filter back through now and they're not receiving much of a penalty at all, good feeder heifers are pushing towards that 500c/kg for crossbreds."

The 20 to 40mm of rain Tamworth enjoyed over the weekend meant the yarding more than halved on Monday, down 625 head for a total of 550 cattle.

Davidson and Co Tamworth agent Scott Newberry said the numbers were less than they anticipated and heavy weight cows sold to a dearer trend.

"Hopefully the cow market stays at a consistent level moving forward. If producers can get close to $3/kg for cows going forward than they should be happy."