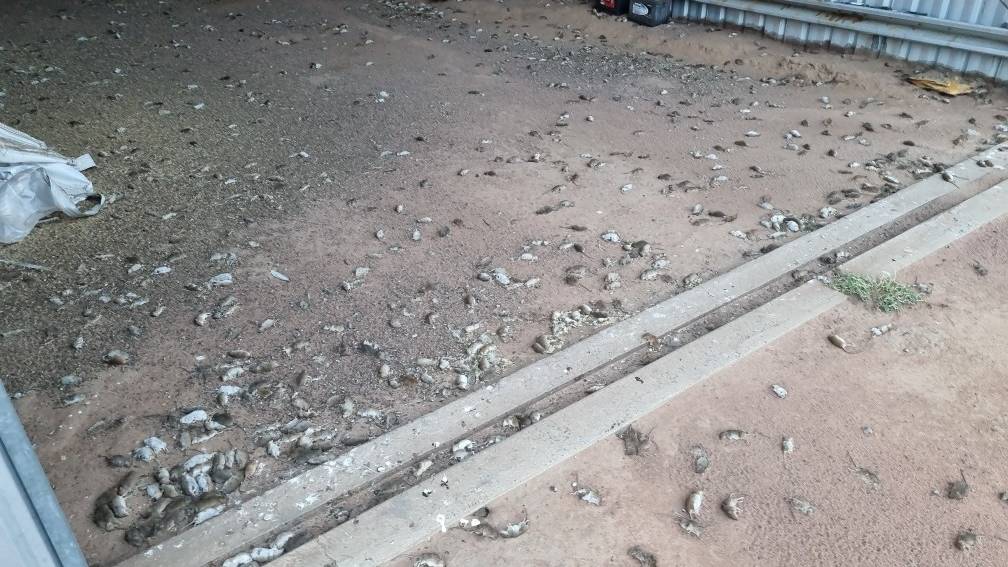 The mouse plague is costing farmers up to $150,000, a NSW Farmers' survey has found. Photo: NSW Farmers

NSW Farmers and the Country Women's Association of NSW are relieved the NSW Government is finally taking action and acknowledging the mouse plague crisis with its $50 million support package for affected farmers and communities.

"We are delighted the government has come to the party and recognised the scope and depth of the mouse plague and it's significant economic risk to the state," NSW Farmers' president James Jackson told The Land.

"It's better late than never."

Mr Jackson said farmers had been tackling this crisis for more than six months and it had hit their back pockets hard.

"Some farmers have outlaid up to $150,000 on baiting already, and we've seen lost grain fodder and damage to farm machinery, not to mention the stress that has accumulated on top of bushfires, drought and COVID-19," Mr Jackson said.

"Rural residents have been forced to endure the impacts of this plague, and our recent survey on the matter shows the immense toll it has had on people's health and wellbeing. Communities are at their wits end."

Mr Jackson said he looked forward to discussing the measures with Agriculture Minister Adam Marshall to find out where the bait stations would be located.

"This plague is not just an economic crisis, it is turning into a health crisis. From mice contaminating food and water, to human diseases spread by mice, the plague is affecting more than crops. This is not to mention the stress the plague is causing," Ms Leys said.

"There's no respite when your home is being invaded by mice."

Free baits and financial assistance is being offered in a new $50 million package announced by the NSW government today.

The backflip on funding support, comes a day after Agriculture Minister Adam Marshall said "no amount of money could ever wipe out the mice impacting farmers in parts of the state."

This was in response to NSW Farmers and Country Women's Association calling on the government implement a financial support package, providing up to $25,000 per farm business to subsidise 50 per cent of the cost of bait products.

Today Mr Marshall said: "free bait is better than any rebate for our farmers, who we continue to stand behind post drought, bushfires and floods."

Primary producers can access free baiting, through free-of-charge grain treatment, while affected rural and town households and small businesses would be able to apply for rebates to help them meet the cost of purchasing mouse baits.

Under this package households will be able to apply for rebates of up to $500 and small businesses will be eligible to claim up to $1000 through Service NSW.

The government will also be forming an advisory committee to ensure everyone has access to expert advice, including the latest hot spots, health and food safety advice, information for vets and guidance for keeping children and animals safe.

A snapshot of the package

"We know the financial pressure this mice plague is putting on farmers and household budgets, we have heard the concerns of regional NSW and we are acting on it," Deputy Premier John Barilaro said.

Mr Marshall said farmers would be able to have their grain treated free of charge to protect their hard-sown crops from vermin.

"Today's announcement of free baits to treat grain almost completely removes the cost burden on our farmers and croppers and complements our popular workshops to arm farmers with the tools needed to build a mice-free fortress to protect their paddocks," Mr Marshall said.

"I've seen first-hand the impact these rodents are having. They are a scourge on our agricultural production so we are giving landholders a fearsome suite of tools to manage mice.

"We're making this as easy for farmers as we possibly can. No tedious rebate forms to fill out, just bring your grain to have the experts treat it free of charge."

In addition to free grain treatment and expert workshops, the NSW Department of Primary Industries will also launch a body of research to identify and potentially develop future tools to combat mice plagues, including biological controls.