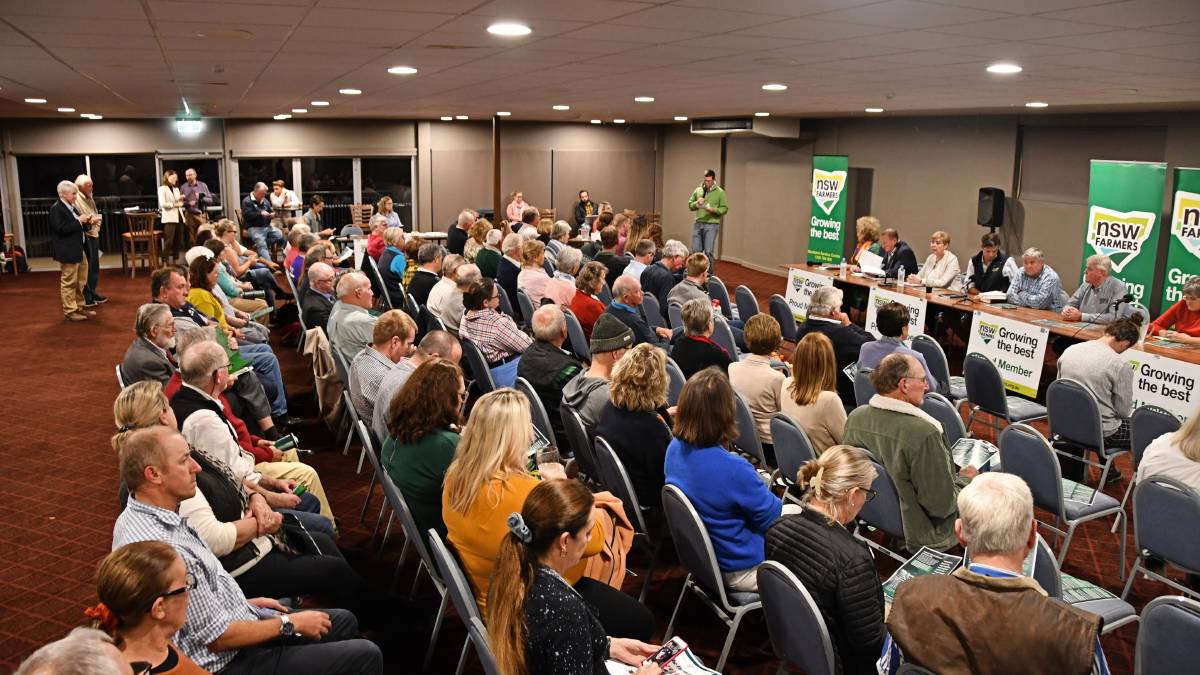 NINE of the 13 hopeful candidates in the Upper Hunter by-election addressed a packed crowd at the Scone RSL Club on Wednesday.

Hosted by NSW Farmers, the meet-the-candidates forum allowed locals to fire questions at the candidates on a number of hot-button topics including water rights, the ongoing mice plague and the sale of the Scone TAFE.

The topic of the mice plague came the night before the NSW Government announced a $50 million support package to help producers combat the issue.

Nationals candidate Dave Layzell said he had been in constant communication with the deputy premier John Barilaro about the affects of the plague on the electorate.

"My understanding of it is that we need to come up with a plan very quickly to deal with it," Mr Layzell said.

"It is not only affecting farmers but retail stores and a broad section of the community."

Shooters, Fishers and Farmers candidate Sue Gilroy said something had to be done to not only help combat the current plague, but future plagues as well.

"Waking up in your bed with a mouse nesting in your hair leaves a lasting impact and I think anybody living through this mouse plague will agree with me," Ms Gilroy said.

"I believe we need to have some funding for research into effective ways to get rid of mouse plagues or at least control them for farmers going forward."

Research was atop the list of priorities for independent candidate Tracy Norman, who said "where there is a will, there is a way" when it comes to solving the problem.

"We can see what happens with research with COVID-19 and how quickly vaccinations were developed when research was in focus," Ms Norman said.

"I think we need to put some serious money into research and we need to be helping farmers through this problem."

On the subject of water rights, One Nation candidate Dale McNamara said the trading of water should be canned.

"Abolish these stupid water trading regulations because our water should not be an industry," Mr McNamara said.

"When you own land, there is three things you need and they are water, water and water."

Independent candidate Kirsty O'Connell said she believed "water is critical to the future of our agricultural sector".

"I don't think water and land should have been separated in terms of title, however I am not entirely certain that we can unscramble that egg though," Mrs O'Connell said.

"I'd be really interested to have a conversation about how that would occur and if there are practical ways of making that happen I would be supportive of it." "It's not Bitcoin or some other digital currency like it is currently being used," Mr Rogers said.

"It's not stock, it should stay with the land."

The controversial sale of the Scone TAFE also came into view during the forum and Labor candidate Jeff Drayton labeled the issue as "disgraceful".

"It was TAFE number 18 that this government has sold since 2014, so if your town is told it is about to get a connected learning centre you should panic because it means your TAFE is about to get sold," Mr Drayton said.

"The equine industry has bought it and I don't deny that they will do good things with it, but it shouldn't have been at the expense of a public facility."

Greens candidate Sue Abbott said she was outraged by the sale and would do all she could to rectify the issue.

"How dare the Coalition sell off our public TAFE in Scone?" Ms Abbott said.

"We have been completely dudded.

"It just shows you, that with diminishing opportunities that they [the Coalition] do not care about us here in the Upper Hunter."

Independent candidate Archie Lea said if elected, he would try and return a TAFE facility to Scone.

The candidates will now turn their attentions to another meet the candidates forum at the Royal Theatre in Quirindi on Saturday ahead of the May 22 election.