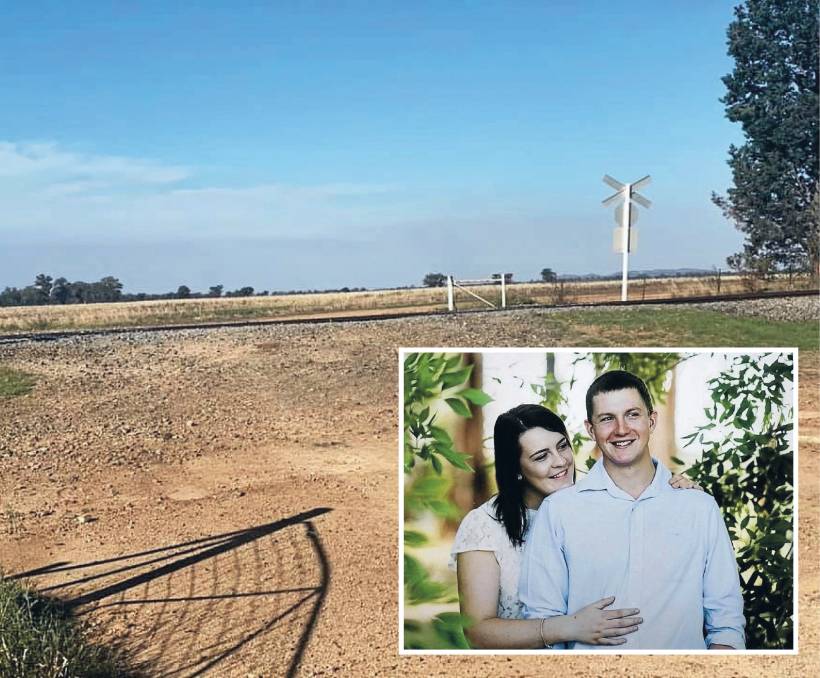 At the start of the year Maddie Bott, Grenfell was planning her wedding, but on February 23, everything changed.

On that day, her fiancé Ethan Hunter and his colleague Mark Fenton were in a b-double truck, carting a load of gypsum, when they were hit by a train at a level crossing on Eurabba Lane in Bribbaree - both men died instantly.

Instead of planning their wedding, Ms Bott had to plan her fiance's funeral. While Mr Fenton's three children lost their father.

Since their deaths Ms Bott has become determined to improve level crossing safety and has started petitions calling for lights to be mandatory at every crossing and for locomotives to be fitted with reflective material.

"We won't let Ethan die in vain and we will do our best to stop this from happening to anyone else," she said.

"The level crossing they died at was classified as passive so it only had a stop sign and the view was obstructed with trees and overgrown grass.

"If there were lights at this crossing Ethan would definitely still be here today."

Mr Hunter was born and raised in Grenfell and met Ms Bott, a registered nurse, when he was living in Dubbo doing his mechanic apprenticeship. In 2016 Mr Hunter returned to Grenfell to work on his family's farm and Ms Bott soon followed.

Ms Bott said the campaign had received great support from their local Weddin Shire Council and community, as well as from further afield.

"I have families from Western Australia reaching out to me who lost their daughters and brothers on a level crossing 21 years ago," Ms Bott said, explaining she shares the stories from people who have lost loved ones on level crossings in her Facebook group 'Eurabba Heroes.'

Their local member, Cootamundra MP Stephanie Cooke has also been involved and brought the issue to parliament last week in a private member's statement.

Ms Cooke said there were 1360 level crossings on public roads in NSW and close to 80 per cent of them were classified as passive, meaning they only have a stop or give-way sign.

"The NSW government is investing $7.3 million each financial year to upgrade crossings and 29 level crossings across the state have been identified for upgrades between 2020 and 2023," Ms Cooke said in her address.

"But, while this is commendable, it is simply not enough.

"I am calling for local, state and federal governments, agencies, departments, rail network operators, farmers, landowners, freight operators, rail companies and the community to do what they can to invest in the safety of our communities."

The NSW government petition needs 20,000 signatures in order for the issue to be debated in parliament.

Ms Bott said no matter how long it takes she will keep going with the campaign - one track at a time.