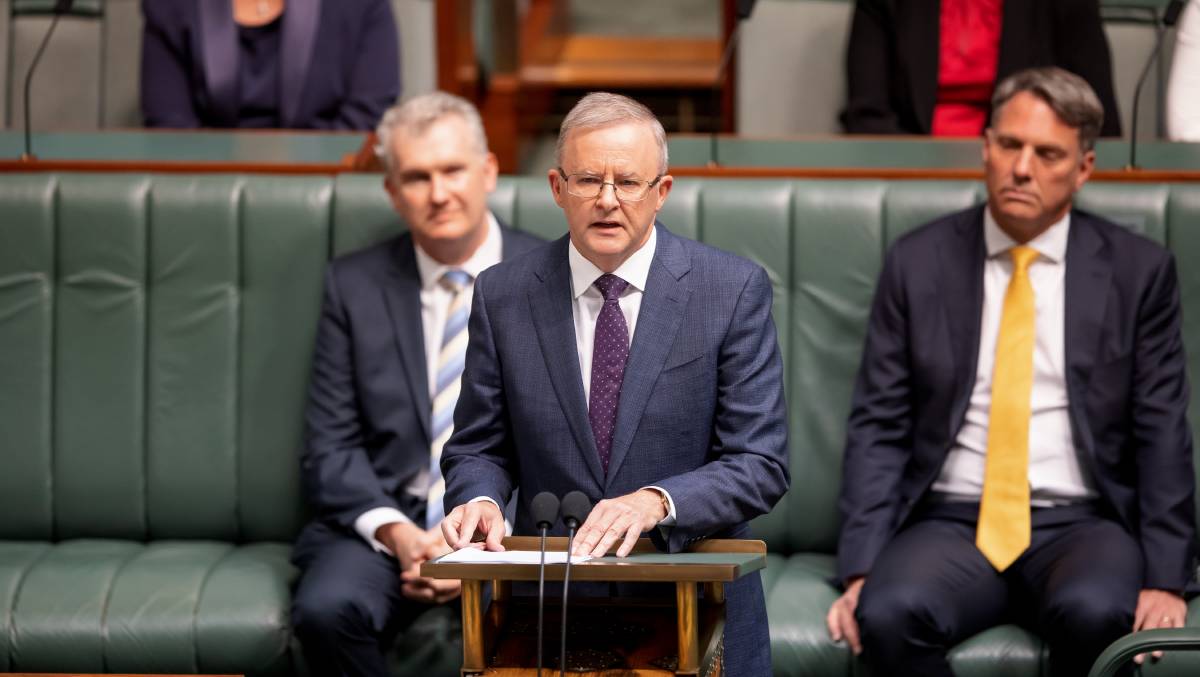 "I stand before you tonight seeking the honour of serving as your Prime Minister."

Federal Labor Leader Anthony Albanese has pledged to build 30,000 homes for people in need and create 21,500 jobs over five years in a new $10 billion social and affordable housing rescue plan.

He made his ambitions clear from the start.

"My fellow Australians. I grew up in a council house in Camperdown, the only son of a single mum on the disability pension," Mr Albanese said.

"I stand before you tonight seeking the honour of serving as your Prime Minister."

The Labor leader acknowledged the past year of COVID-19 as a "year unlike any other in our lifetimes" and pointed to the heartbreak and the devastation of the pandemic ripping around the globe. He said while it could be worse in Australia, "I also know we can do so much better".

Recalling Treasurer Josh Frydenberg's budget catchcry on Tuesday night that "Australia is coming back", Mr Albanese said rather than coming back, Australia should build back stronger.

"This budget offers a low-growth, low-productivity and low-wage future - and a trillion dollars of debt - is that really the best we can aspire to?" he asked.

Mr Albanese criticised the Morrison government's handling of the Black Summer bushfires, national quarantine, women, Indigenous people and the failure of the JobMaker program from the previous budget which created just 1000 jobs rather than the intended 450,000.

Housing and homelessness are widely regarded as a neglected public policy area. Experts have decried the absence of a national housing strategy, while welfare groups say there are 200,000 people on social housing waiting lists in Australia.

"I'm proud to say that Labor in government will create a $10 billion Housing Australia Future Fund, with the annual investment return to build social and affordable housing and create thousands of jobs," Mr Albanese said.

"Over the first five years, this will build around 20,000 social housing properties, places like the home I grew up in. Our home gave us so much more than somewhere to sleep. It gave my mum and I pride and dignity and security, and it gave me a future."

Ten-thousand affordable homes would be built for frontline workers such as police officers and nurses, $200 million would be targeted at fixing, maintaining and improving housing in remote Indigenous communities and $30 million would go to homeless veterans.

The $10 billion set-up cost is off-budget and would have to be borrowed to make the fund a reality.

Skills training and renewable energy combined to be a major focus, with the Labor leader announcing a plan to invest $100 million to support 10,000 New Energy Apprenticeships.