A Brisbane carnival appearance beckons Brandenburg following his win in the inaugural $500,000 1600 metres event, The Coast, which was among the feature races on the stand-alone city program meet at Gosford last Saturday.

Trained by Kris Lees at Newcastle, Enchanted Heart was an $80,000 buy for Australian Bloodstock, which sold via Golden Grove Stud, Denman at Inglis' Classic Yearling Sale.

Gosford was also represented with "country cousins", with Unencumbered mare, Last Chance Dance, leading all the way to win the TAB Highway Handicap.

The Unencumbered four-year-old mare was purchased via an Inglis online auction earlier this year.

While the galloper's Scone conditioner Scott Singleton was absent, Last Chance Dance is raced by Tammy Overton who was cheering trackside with her daughter and Last Chance Dance's strapper Seanna Crawley, together with the trainer's wife Lucy. 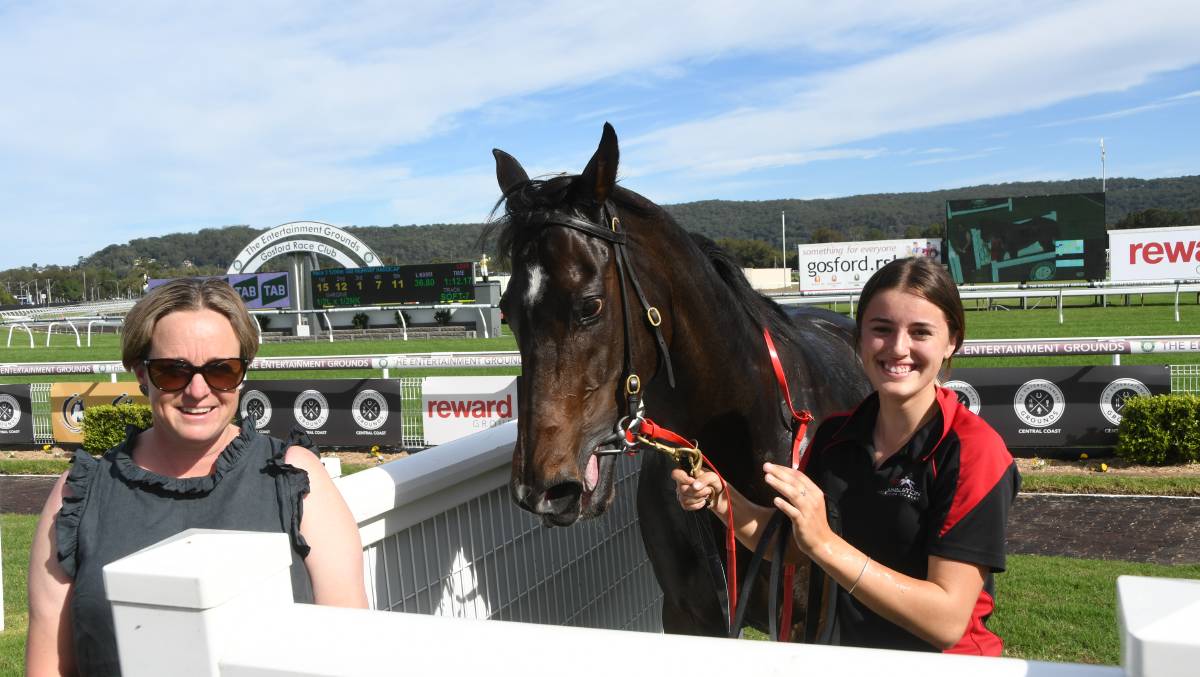 COOLMORE stud was the leading buyer at Inglis' The Chairman's Sale of elite breeding prospects at Riverside Stables last Friday evening, spending a combined $5.1m on three of the top five lots.

These included the auction's top price of $2.5m for MRC Oakleigh Plate-G1 winner Celebrity Queen, which became the highest-priced mare ever sold at The Chairman's Sale.

Daughter of Redoute's Choice stallion Time Thief, In Her Time, sold for second top at $2.2m. In foal to I Am Invincible, the $3.77m track-earning mare sold via Newgate Farm, Aberdeen, to Victorian based operation Yulong.

Coolmore's other buys included two-year-old Group 1 winner El Dorado Dreaming, and Savanna Amour which was in foal to Fastnet Rock. Allen and Karen Fox of Foxhill, Tamworth, and Karen's mum Mary Olive with the Stratum Star-Nouvelle Charm colt they sold for $20,000 at Inglis Yearling Sale.

Third-top was gorgeous chestnut Pippie (a dual Group 1 winner by I Am Invincible), which sold via Sledmere Stud, Scone for $1.8m.

She was knocked down to Tasman Bloodstock on behalf of the Wayne Bedggood managed Cressfield, near Parkville.

Capitalist again highlighted with the second top at $140,000 for a colt from Glistening Light sold via Huntworth Stud, Exeter.