Murringo based Iron Rock stud have come out on top of the White Dorper breed judging at the NSW State Sheep Show. 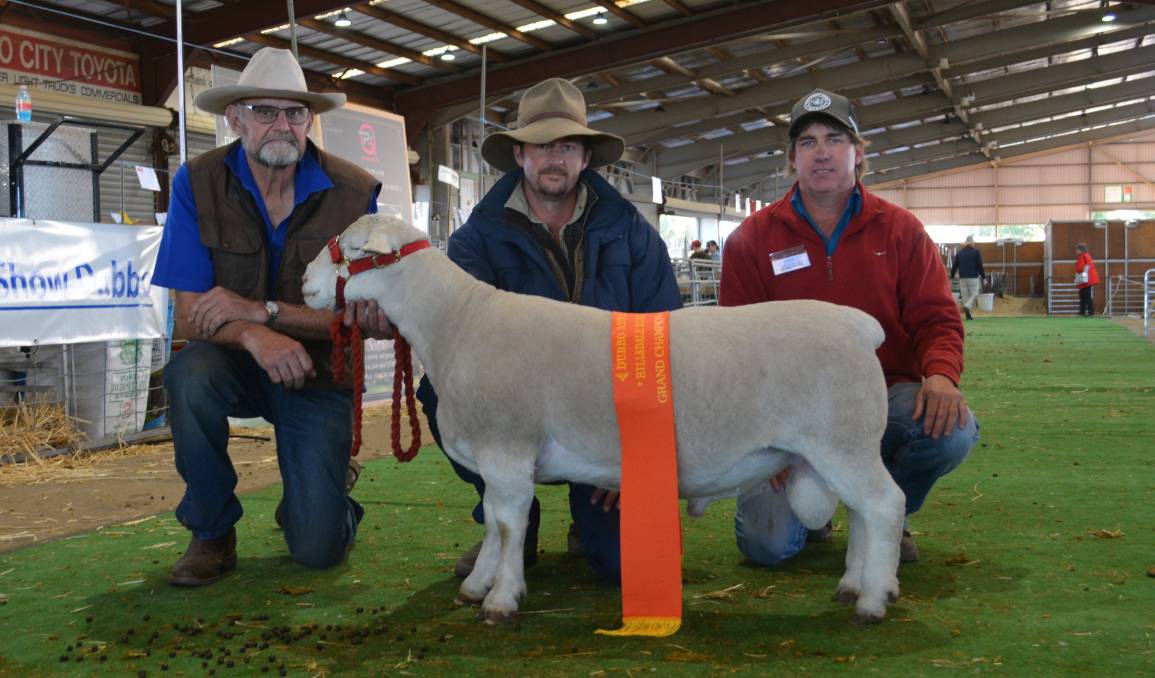 MURRINGO based Iron Rock stud have come out on top of the White Dorper breed judging at the NSW State Sheep Show.

Exhibiting six of the 29 head that were entered in the section, Jan Myburgh of Iron Rock was awarded grand champion ram and grand champion ewe under judge Nick Pagett of Winrae Dorpers, Bundarra.

"Not much can go wrong with this ram, he will just get bigger," he said.

He was sired by Iron Rock 20 out of a Kaya sired Gossamer ewe. Owner Mr Myburgh said if he continues to develop properly he will become a breeding ram within the stud".

"That ram has nice strong legs, good length and the bigger the bone in the legs the more meat the sheep carries, and that is something I am aiming for," he said.

"I test my ram lambs from weaning... after weaning they are weighed every fortnight to see how they are gaining and progressing, and this ram has grown and performed very well."

Breeding White Dorpers in Australia for 15 years, Mr Myburgh was previously in Namibia, Africa where he had Dorpers for over 40 years.

Senior and grand champion ewe was Iron Jack tag 62, a three-year old paternal sibling to the grand champion ram. Judge Mr Pagett described her as having "perfect shape, and spring showing she was in lamb".

The Iron Rock stud may consider taking its winning exhibits to Bendigo in July.