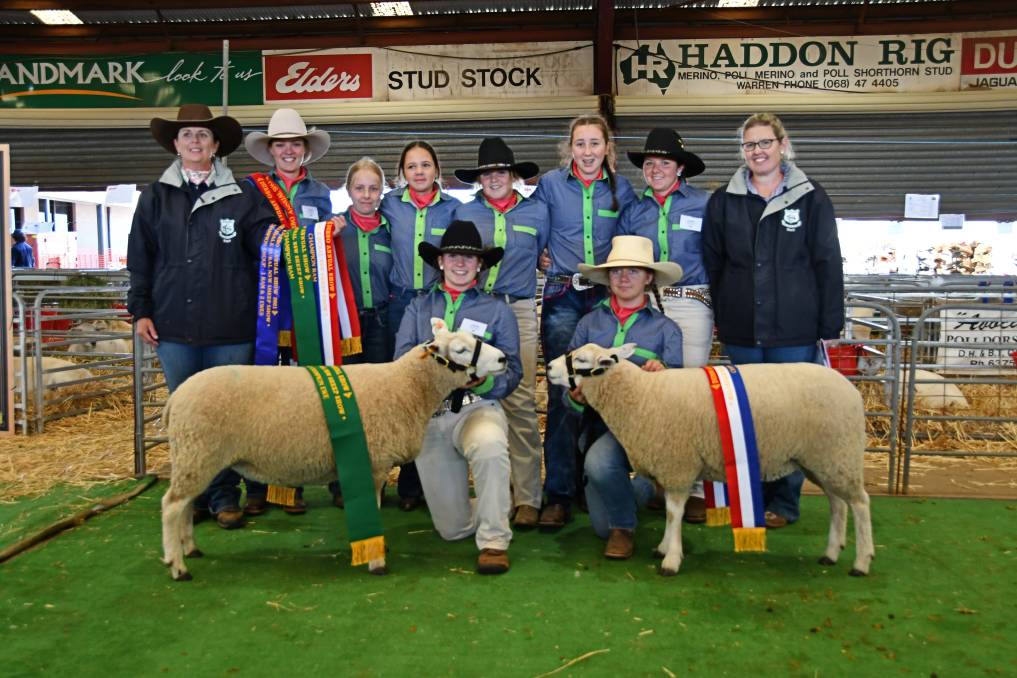 THEY may have been the only Texel exhibitors at the NSW Sheep Show, but it did not stop the students from Baradine Central School from putting in a strong performance.

Saturday's showing was the culmination of months of hard work from the students preparing the seven ewes and one ram they brought to Dubbo.

While the school took out all the categories on offer, it was a milk-tooth ewe which caught the eye of judge Jeff Sutton, Wattle Farm Border Leicester stud, Temora, and was named supreme exhibit.

"I thought she was really striking, had a tremendous head about her and had a great top line," Mr Sutton said.

"To me, she had a great structure, particularly through her back end, she was prepared really well by the students and came from great breeding.

"The way the Texals were presented by the students was really professional, they have been really well prepared by their teachers and should be really proud of their efforts." Baradine Central School agricultural teacher Mellissa Wright said both the winning ram and ewe would now be used in the school's breeding program.

"She is a July 2020 drop and is probably our biggest-framed ewe in the milk tooths," Mrs Wright said.

"I think she actually has the size over the two-tooth ewe as well and she was bred by Tullamore Park in Victoria, she has the correct structure, lots of muscle and is just a very elegant looking sheep.

"The students really love these sheep, put in a great deal of effort getting them ready for this show and I think these kinds of results a real reward for effort."