Rising six-year-old ram "in a class of his own" stands test of time. 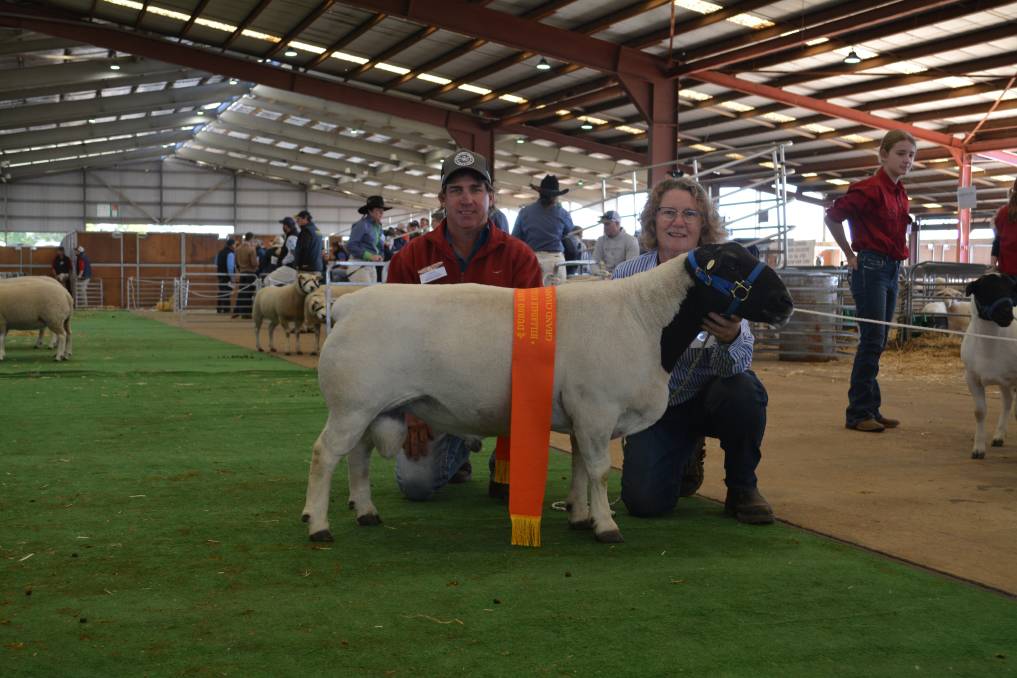 THIRTEEN exhibits from two exhibitors took to the mat for Dorper judging, but there was one ram who's legacy shined through.

Netanya Khawaja 150263 from Ron and Sandra Pagett's Netanya Dorper stud at Wee Waa was the senior and grand champion ram, however his success did not stop there with the proven sire's progeny winning a truck load of broad ribbons.

The rising six-year-old impressed judge Nick Pagett, Winrae Dorpers, Bundarra with his ability to stand the test off time.

"He is in a class of his own," Mr Pagett said. "We are at the business end, with a six tooth ram. He is long, thick necked, free moving, stands up on good feat and good pasterns, is square and carries a heap of muscle.

"He is a big heavy ram that could cover 200 ewes with ease."

Owner Ms Pagett said they chose to demonstrate the longevity and correctness of the ram for his age.

"We have focused on quality not quantity, and I am excited about what that ram has done for us in the past, and how solid of a foundation he has helped us build," she said. "He has been used selectively over the past few years, his progeny are carrying all his ideal traits, and now we are able to put him back to work."

Grand champion Dorper ewe went to the junior champion ewe lamb, Netanya 200525, a grand-daughter of Khawaja that was described by judge Nick Pagett as having "nothing out of place".

"This ewe is balanced, she has a good long head and type about her," he said.

"She is young, but carries the muscle and meat while displaying femininity."