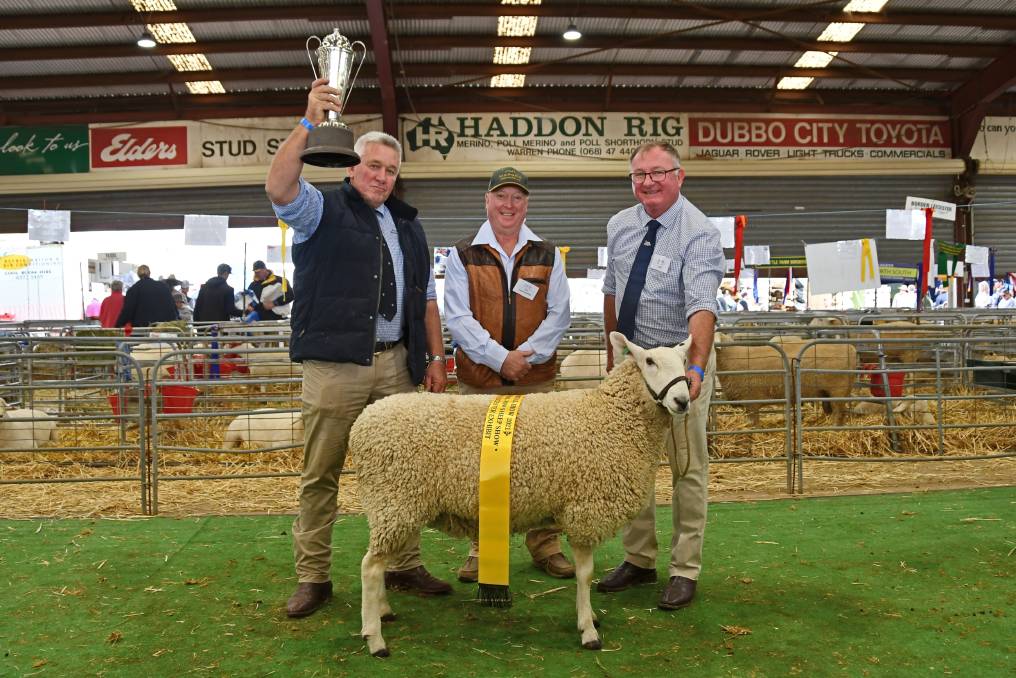 A FOCUS on being "true to type" has helped a ewe claim supreme exhibit in the NSW Sheep Show Border Leicester competition.

Competition judge Graham Gilmore, Tattykeel, Oberon, said both the ram and ewe had great balance, but the ewe got the nod due to it being more of "what a Border Leicester should look like".

"In my opinion, the biggest animal eats more and probably produces me less, so I was very mindful of looking for balanced animals that were more moderate.

"A moderate animal in this day and age is still a big animal, I think as an industry we've pushed it a bit too far, so it was something I was really looking for in this competition."

North South stud principal Simon Makeham, Young, said he believed the ewe's balance was what separated her from the the rest of the strong field of entrants.

"There were some fantastic ewes in the lineup but I think her balance and superior fleece, while being big enough were what got her over the line," Mr Makeham said.

"I think she is an all around quality ewe that you want to see in a paddock and I think the point Graham made about the extreme size of some of the animals was spot on.

"It is becoming a bit of a problem within the industry right through to shearing and things like that, so from that perspective, she is a well balanced, well put together ewe with a great fleece and you can't ask for too much more than that." 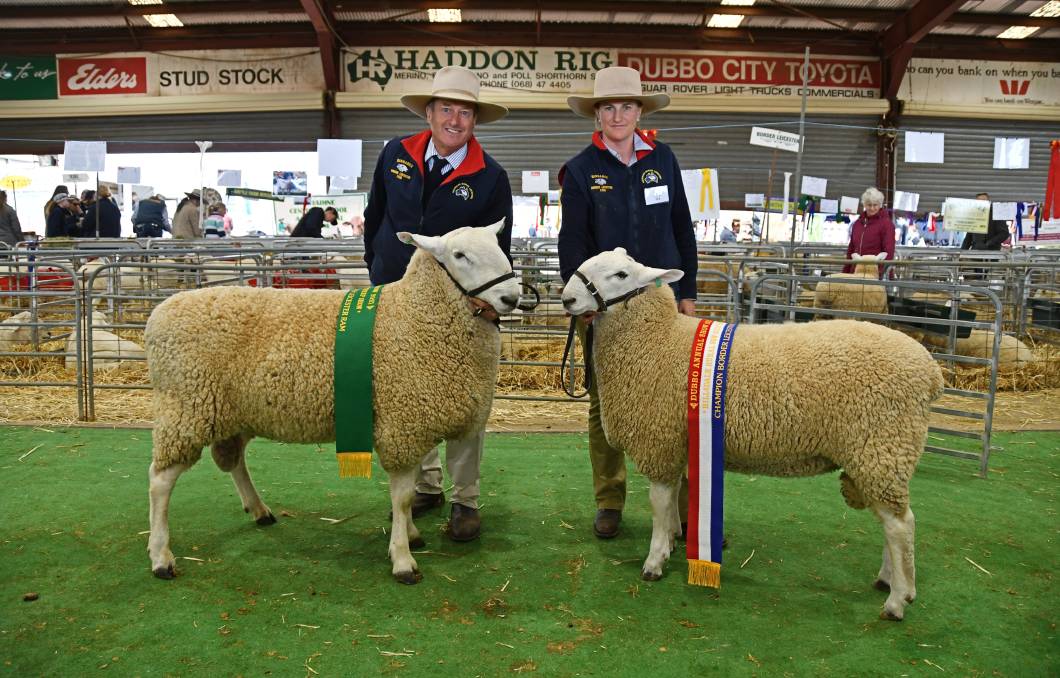 "What it tells me is that we may spend too much time looking at rams and forget a little bit about what kind of ewe we need," Mr Makeham said.

"I think the judge's comments about moderation and pulling them into what should be basically be out of the paddock, which I thought was interesting and I think that's exactly what we've done with this ewe.

"The ram was a very good ram, but this ewe is already out in the paddock breeding and is ready to good, so I think she is a good advertisement for what a Border Leicester ram should be."

Despite North South taking home most of the ewe categories, Merrygoen outfit Bindaree secured the champion, reserve champion and junior champion ram ribbons from the field of 41 exhibits.

"He's not necessarily the biggest sheep but I think he was probably the most complete," she said.

"He is by a Coolawang ram and out of one our ewes and I think going to a couple of local shows before Dubbo has really prepared him well for this show. Bendigo will be next for him and it will be really interesting to see how he goes down there."