THE NSW Sheep Show has proven to be a happy hunting ground for Rydal Corriedale stud Glen Esk and this year's event proved no different.

This year's swag of awards comes after the outfit cleaned up at the last show in Dubbo in 2019, a record that stud principal Rick Hoolihan said he was determined to continue.

"The ram that won supreme exhibit was reserve champion and sire's fleece in Sydney, as well as being champion, sire's fleece and reserve interbreed champion in Bathurst," Mr Hoolihan said.

"To see him back that up and do really well here in Dubbo was really pleasing and it is nice from our perspective to see the hard work paying off.

"He has a nice clean open face, good crimp in his poll, nice markings, good ears and I think he is exactly what you want to see in a Corriedale.

"From here he will go to Bendigo and hopefully he can continue the good form he has shown so far." 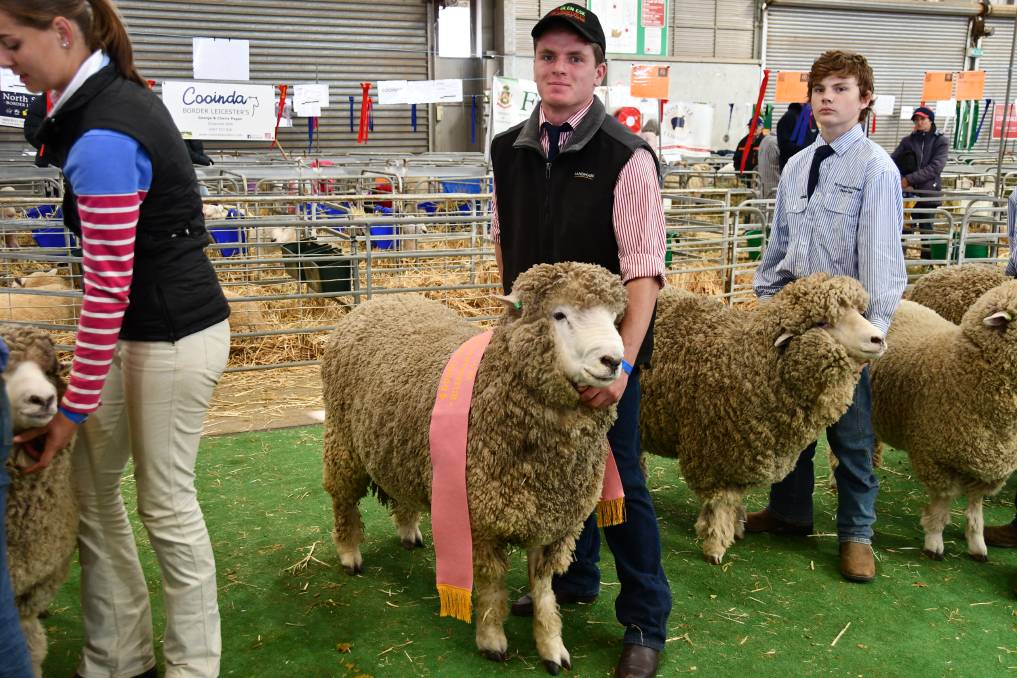 Competition judges Jack Finch, Forbes and Brooke Baker, Orangeville, agreed with Mr Hoolihan's thoughts, with Mr Finch saying the ram, which was the champion woolly ram, was a standout.

"I really kept my focus on trueness to type, evenness in the wool and structural correctness of the sheep, which was what got the ram over the line at the end of the day," Mr Finch said.

"There was probably three or four types of wool in the competition, which I think is great because it fits different needs for different markets but Glen Esk's wool came out on top in the end."

Mr Finch said the champion ewe, which was exhibited by Katrina Abbott, Boolina stud, Wambool, and took out the champion woolly ewe ribbon, was a very close second in the judging for supreme exhibit.

"It was a real split decision when it came to supreme exhibit, which is great because I think it really shows where the breed is going," he said.

"The ewe had a lot of similar qualities to the ram and made the decision really tough for Brooke and I.

"Personally, I think all of the exhibitors should be really proud of their efforts because there were a lot of fantastic sheep there." Boolina stud principal Katrina Abbott said the champion ewe, which won the over 12 months but under two, category hadn't had a lot of preparation for the show.

"She has Glen Esk bloodlines and we have been so kindly supported by Melina and Rick in getting the stud started," Ms Abbott said.

"At the moment, she is currently carrying her second lamb, which shows that she is a highly-productive ewe and that is something you really look for in a small flock.

"I think she was a perfect mother, has a nice even fleece, is probably the type of sheep I want to breed to and now she will go back into the paddock because she is due to lamb in about a month." A total of 40 exhibits were entered in the competition with the Manchaster family, Roseville Corriedale stud, Kingsvale, taking out the reserve champion woolly ram, shorn ram and woolly ewe ribbons as well as best sires fleece.

Meanwhile, Badgally stud, St Gregory's College, Campbelltown, was named most successful exhibitor and claimed the champion shorn ewe ribbon ahead of Boolina, which was reserve champion.