Lachlan Gilmore of Baringa Sheep Studs, Oberon took to the mat to judge over 75 Suffolk exhibits in the Suffolk section of the NSW State Sheep Show last weekend. 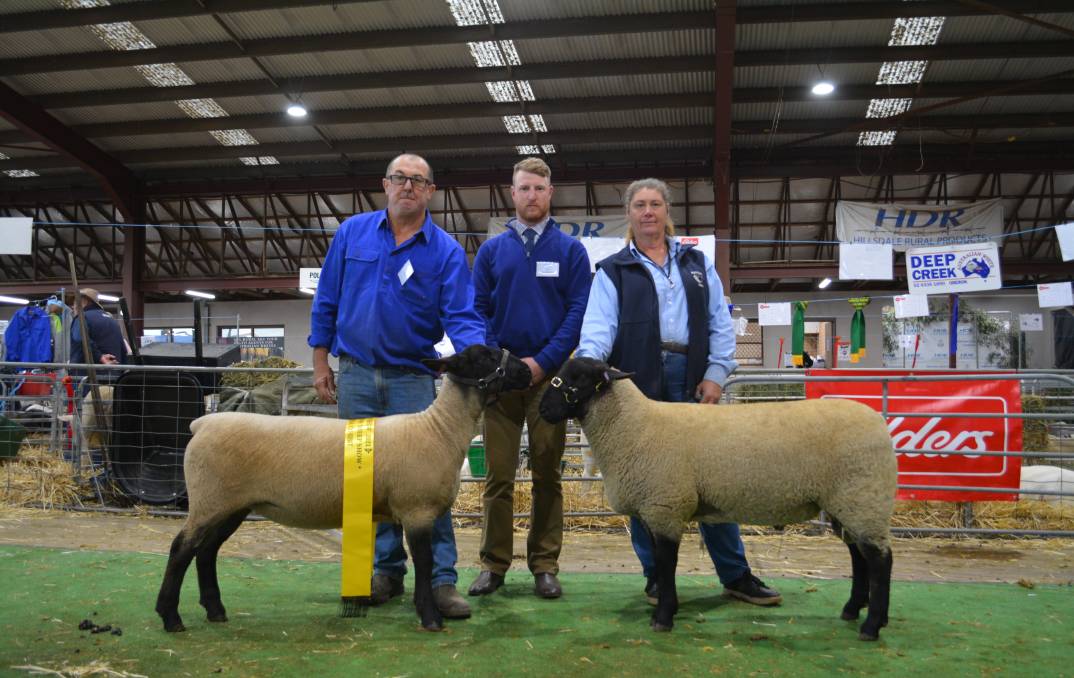 Lachlan Gilmore of Baringa Sheep Studs, Oberon took to the mat to judge over 75 Suffolk exhibits in the Suffolk section of the NSW State Sheep Show last weekend.

Eights studs and schools displayed sheep, but it was the White family of Kurrali Suffolk stud at Neilrex near Coolah and the Good family of Bowen Suffolk stud, Millthorpe that battled it out for the top sashes.

Bowen came away with champion ewe with their exhibit Bowen tag 30 that came out of the shorn ewe lamb showing milk teeth class.

Eventually sashed the supreme Suffolk of show, she was of 25 per cent Scottish blood, with her mother and grandmother champions in the past.

All up Bowen exhibited 11 head, with owner Greg Good saying this was the top-ewe's her first show, and she had been scanned-in-lamb with twins. The champion ewe teamed up with two stall mates for the milk teeth groups class, leading Bowen to the winning spot.

The tables turned in the rams, with Kurrali pulling ahead with the champion ram in front of Bowen in reserve. Kurrali won champion ram with Kurrali tag 916, a shorn ram showing milk tooth, who had previously been shown locally by the family.

By a homebred Kurrali ram sired by an Allendale ram that traced back to bloodlines from the New Zealand stud Brooklyn, and out of a ewe sired by a Noble Lee ram tracing back to Pinnacle 30, the grand ram caught judge Mr Gilmore's eye from the start. "He has caught my eye all day. He stands up well, has great carcase and beautiful type," he said.

Owner Kevin White from the Kurrali stud that exhibited 22 head at the event, said the ram will be offered for sale at the Royal Adelaide Show or the Elite Show and Sale, Bendigo.

Reserve ram went to Bowen's entry, Bowen 915, that was debuting at Dubbo. He came out of the ram two-tooth and over, shorn or woolly class, and was sired by the New Zealand sire in Coleford 'Kiwi'.

Mr Good of Bowen said semen had been collected but the ram will be retained, joining around 30 ewes already this year.

The Suffolk breed aims to have around 10pc of the total number of sheep in the shed at the state event, and Mr White of Kurrali said percentage wise the number of Suffolk exhibits in the shed was higher this year.