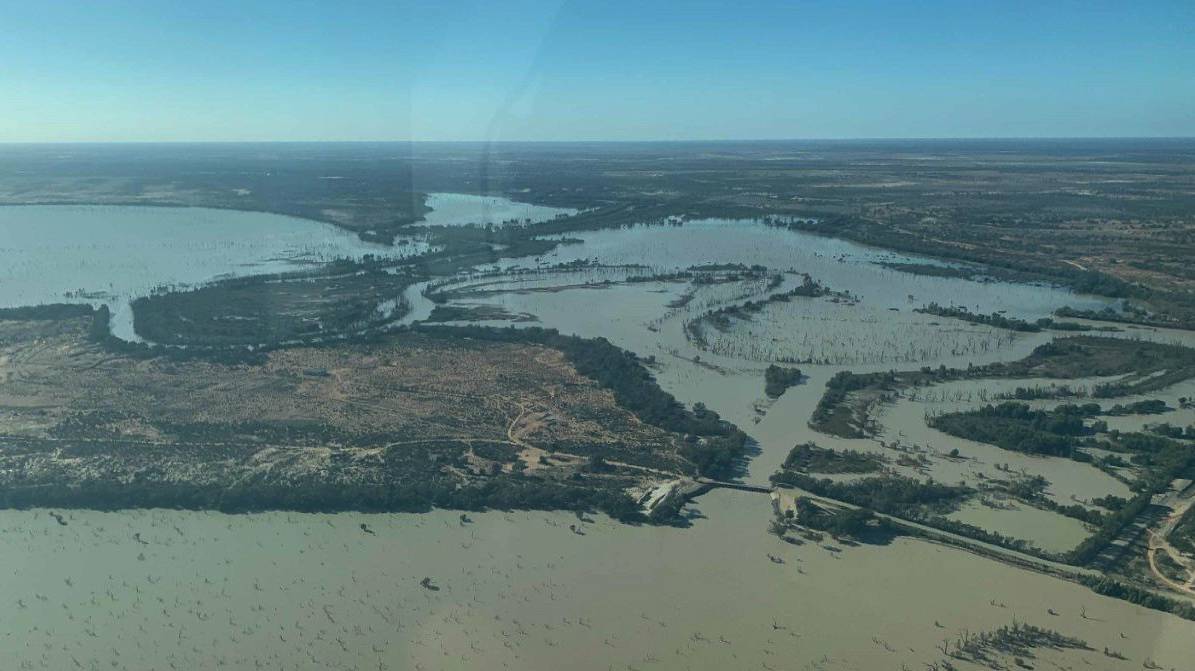 The MDBA will start releasing water from the Menindee Lakes this week in response to "recent dry conditions in the southern Basin." Photo: WaterNSW April 22

MDBA says releases are in response to recent dry conditions.

The Murray Darling Basin Authority have announced releases from the Menindee Lakes will start this week, "in response to recent dry conditions across the southern Basin."

A peak of around 3,500 megalitres per day will be targeted over the next three weeks.

"WaterNSW estimates that between 800 and 1,000 gigalitres will enter the lakes, so the 20 to 30 gigalitres we will be releasing over a three-week period, represents four per cent of the total volume expected to arrive."

The Lakes are currently sitting at 843GL, with storages increasing by 17,000 megalitres every day on average over the past week.

"As the most significant volume of water to enter the lakes in five years, it's critical that we draw on this water carefully and maximise the benefits to everyone with a stake in this resource," Mr Reynolds said.

"The releases will start slowly to mimic natural river systems, providing connectivity between the Darling and Murray systems - something that would have occurred to a much larger extent if the water wasn't captured in the Menindee Lakes."

The volume of water in the Menindee Lakes surpassed 640 gigalitres on May 7, triggering the MDBA to be able to release water in the lakes on behalf of Basin states until they drop back to 480 gigalitres.

Mr Reynolds had previously said that significant releases of water were not likely until late spring or summer, unless conditions became dry, but in that circumstance releases would be relatively small.

This week he repeated the statement but added, "if we have a dry winter that might change with rising demand for water."