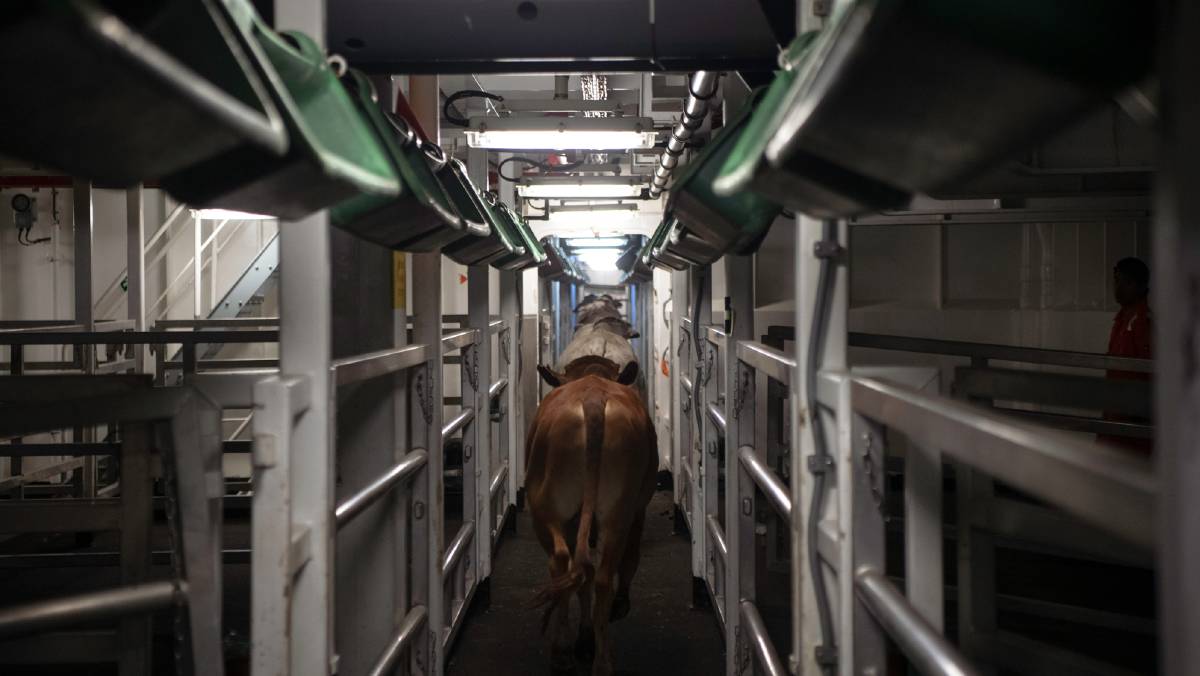 More flexible, risk-based and targeted regulation for the live cattle and sheep trade will go a long way to offsetting the big hike in fees for exporters touted as Canberra attempts to recover the costs it incurs from policing the trade.

So say those at the helm of the live animals export division of the Department of Agriculture, who are adamant streamlined administration and efficiencies can be delivered to such an extent as to significantly soften the withdrawal of federal financial support for regulation.

Those changes will have to come, however, with no lowering of the bar on animal welfare or requirements for importing countries, regulators say.

The department has just released its revised Cost Recovery Implementation Statement, which anticipates the need to recover more than $22m in the next financial year and $24m by 2024/25.

That will mean exporters will have to pay 60 per cent of the costs of regulation next year, then 80pc the following year through to 100pc in 24/25.

It's a staged shift to full cost recovery with the government saying it will fund the difference in the years in between.

The live export industry has estimated export fees and charges will jump more than 400 per cent over the three-year period. Licenses, for example, will soar from $25,000 to more than $105,000.

Pushback from industry and suppliers has been strong, particularly as there is little doubt much of the extra cost will be pushed back onto producers.

The feeling is the mounting regulatory burden - the department's costs have jumped $14m in three years - does not and will not deliver discernible improvements to animal welfare.

Principal regulatory officer with the live animal exports division Dr Melissa McEwen said her staff were fighting hard to ensure live-ex is at the top of that list. Dr Melissa McEwen, principal regulatory officer at the live animal exports division within the Department of Agriculture, speaking at Beef Australia in Rockhampton this month.

The quid pro quo of that large investment, she explained, was that all export industries return to full cost recovery.

Some export industries are paying 100 per cent of their way. Meat is at 80pc, while dairy and horticulture is at 60 to 70pc. Live-ex is at 25pc.

"While it is true to say the cost of regulation has gone up in the last couple of years, even before that, in the ten years prior to 2018/19, the live-ex arrangement had accumulated a $40m debt," Dr McEwen said.

"No one is expecting that debt to be repaid but it shows there has been a gap in terms of how much money we've been recovering from industry to cover regulatory services."

Dr McEwen said it was worth pointing out live-ex regulation did not only cover cattle and sheep sent by sea.

In fact, alongside the 243 sea shipments, annually there are 250 exports by air plus more than 9000 exports of other species.

While the modelling showed the regulatory costs of cattle voyages to Indonesia and Vietnam could rise to $7 to $8 per head by 24/25, close to double what they are now, that was under a scenario of no success in implementing IT to reduce costs and streamlining regulation, she explained.

That's not what the plan is.

Dr McEwen said a more risk-based approach might mean acknowledging, for example, that cattle out of northern Australia to Indonesia are short haul, low risk, regular occurrences in comparison to long-haul dairy cattle to Russia.

"So should we be applying the same standards of regulation and pre-export behaviour to both? Probably not," she said.

"Some exporters have also operated without significant mortalities for a long time. Should we look at them the same way as those not meeting the rules on a regular basis? Probably not.

"The hope is full cost recovery as outlined at the moment will never be reached because the amount of money the arrangement costs to run will have dropped significantly.

"If I can stop my staff having to cut and paste between excel spreadsheets, I won't need as many staff, or the time of those we have can be put to better use."