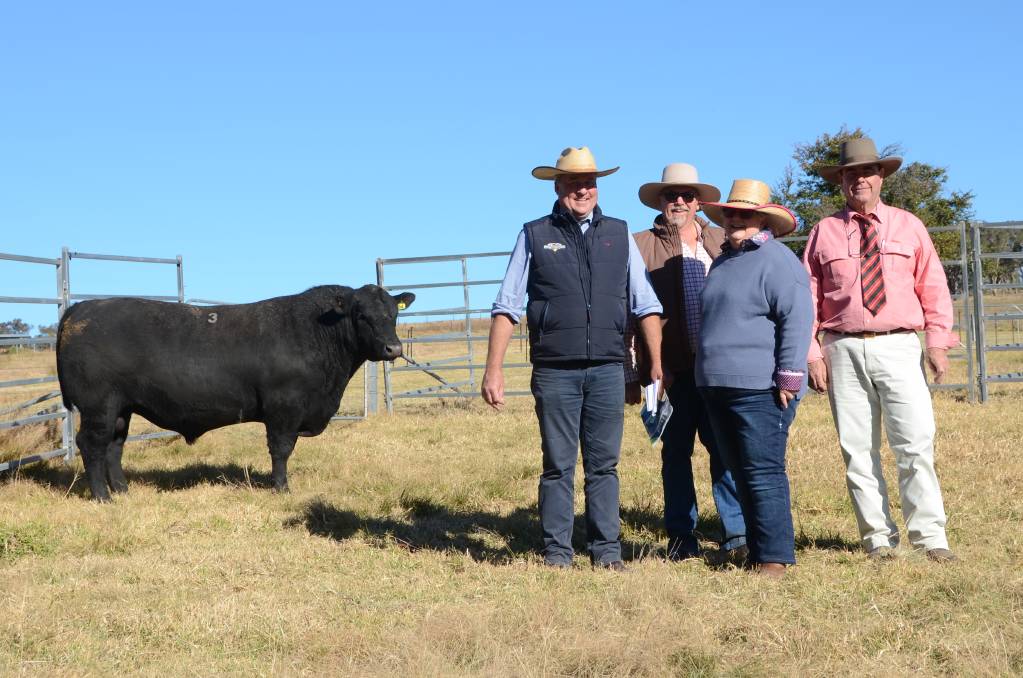 The biggest crowd ever, roaring cattle prices and the most even and consistent draft of bulls offered by Alumy Creek Angus at Tenterfield on Friday resulted in a record top price of $26,000 for the stud and an average of $10,820 for all 50 bulls cleared.

The green scenery and paddocks filled with grass were a vast contrast to years of drought and fires.

Vendors Colin Keever and Lisa Martin were overwhelmed by the result.

"We are extremely happy with the result," Ms Martin said.

"It was great to see many new and obviously a lot of repeat buyers here today along with those on AuctionsPlus chase bulls with low birthweight coupled with good calving ease heifer bulls backed by quality maternal genetics."

The top priced bull was the rising two-year-old Alumy Creek Prime Quarter Q004 described in the catalogue as a long bodied, thick topped easy doing Primequarter son who was chased for his phenotype and low birth to high growth figures.

"The bull will be joined to heifers and I selected him for his low birthweight figure with strong milk and his wonderful phenotype," Mr Smith said.

This is the second year in a row he has secured the top priced bull. 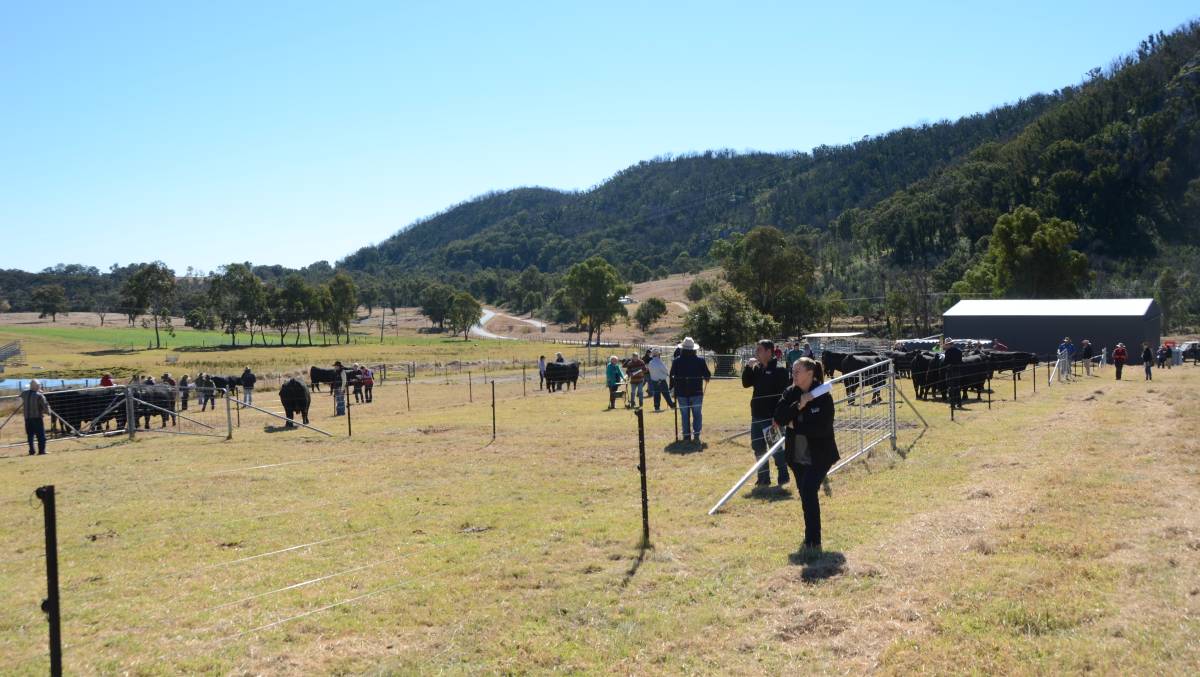 Long term client Trigrigie know what the bulls are going to do which in turn gave them confidence in buying bulls with low birthweight that grow.

Structure, conformation, good growth figures and good fat coverage were the other criteria the nine bulls secured by Tigrigie met.

They will be joined to heifers. Alumy Creek Rancher Q051 was secured for $15,000 by Mark and Lee Latham of Gunnedah

Also heading north of the border were four bulls destined for Roma on account of Cameron and Sons.

"I am a first time purchaser of Alumy Creek chasing low birthweight bulls with muscle and that is what I found today," he said.

Other bulls were bound right across the Northern Rivers with huge buying support from this area, further into Queensland, locally around Tenterfield and up into the tablelands.

Elders agent Brian Kennedy was wrapped with the sale.

"A full clearance, to average over $10,000 is a big day and the support of buyers reflected confidence in the Alumy Creek program with the majority of bulls here today been curve benders," he said.

The sale was conducted by Elders Glen Innes and George and Fuhrmann with Darren Perkins and Brain Kennedy controlling the bids.