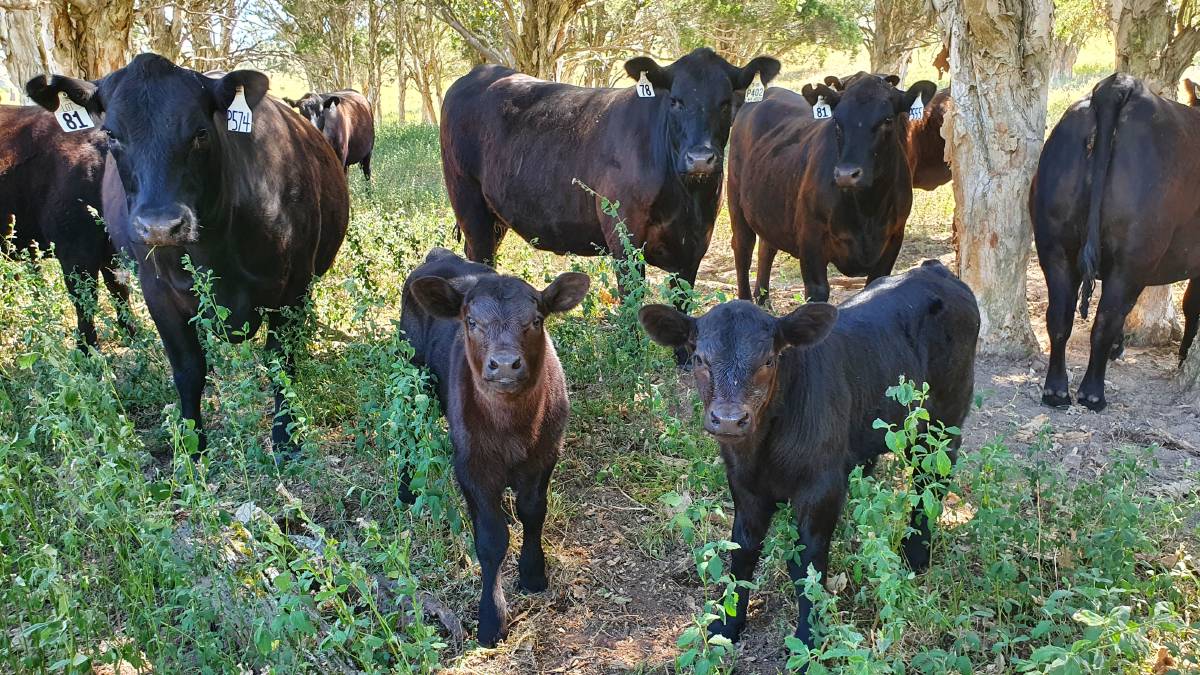 Some of the Gilmandyke Angus females purchased by Dwight and Denise Geelan, Glendon Brook, with their Paratrooper calves at foot. Photo: supplied.

Glendon Brook Angus producers Dwight and Denise Geelan are aiming to boost their breeding numbers to around 600 head in the coming years.

GLENDON Brook Angus producers Dwight and Denise Geelan are aiming to boost their breeding numbers to around 600 head in the coming years.

Currently farming across 3500 acres between Singleton and Gresford, the Geelans are running a self-replacing enterprise called Macunzie that consists of 350 Angus cows and 200 replacement bred heifers that are coming into the system.

At the Gilmandyke Angus bull sale last August where a new record was set for commercial pregnancy-tested-in-calf (PTIC) Angus heifers sold at auction, the Geelans purchased 37 PTIC females for a $3354 a head average.

"The quality of the heifers and the sires they were joined to drew us in - they were in calf to (Millah Murrah) Paratrooper P15 and anyone in the Angus world knows him," Mr Geelan said.

"They started calving three weeks after they arrived - we lost three had one set of twins, and all the rest were singles.

"We were down on numbers, not because of the drought we were just low on numbers. 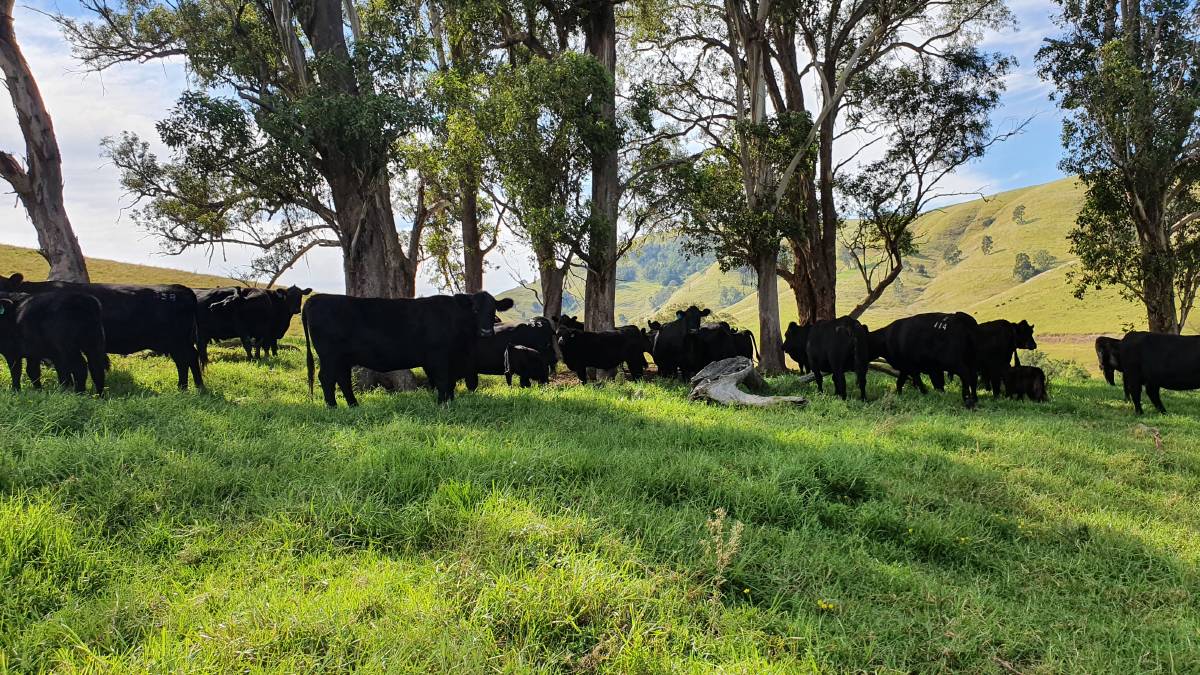 "That is why we bought the Gilmandyke heifers and why we now have the best part of 200 heifers of our own breeding coming into the system... we haven't sold a heifer in 18 months and want to get up around the 600 mark."

The Geelans have a split autumn and spring calving and operate across two blocks, Maroubra (2500 acres) and Dark Hole (1000 acres).

"Dark Hole is where the Gilmandyke heifers and the females that produce our future breeders are located, Maroubra is where we sell all the calves from," he said.

"We have picked out the best of our cattle, and the two best bulls are over there, and that is where we produce our restockers from.

"The Gilmandyke heifers were like cheating - an instant bang for quality. We will keep all the heifers calves."

Their bull battery is based on Booragul, Knowla, Urban and Pentire Angus blood. The Geelans said they are selling through the Singleton saleyards because the prices are so good straight off the cow.

"We are selling calves at 300 kilograms, around the nine month mark, straight off mum," he said.

"We have gone straight to JBS previously, but where the prices are at the moment there is no point growing them to 500kg." 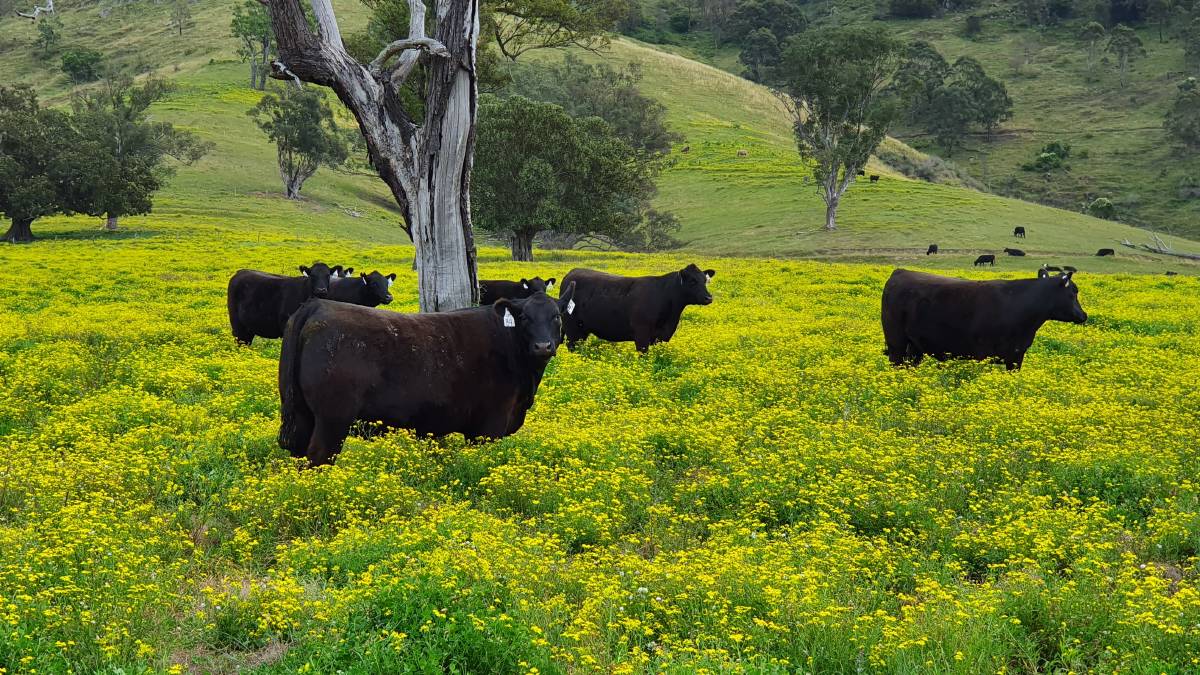 Involved with Angus for about 15 years, Mr Geelan said it is a simple decision for them as Angus provide more market options and you get more with the breed.

"For the same amount of work as you would be doing if they were Angus, Hereford or Charolais, Angus bring more at the saleyards and are a very good quality breed in their own right," Mr Geelan said.

When selecting bulls they like to have two dedicated heifer bulls that they select specifically on birth weight and gestation length, and cow bulls that are selected for growth (200-, 400- and 600-day weights) and milk figures. 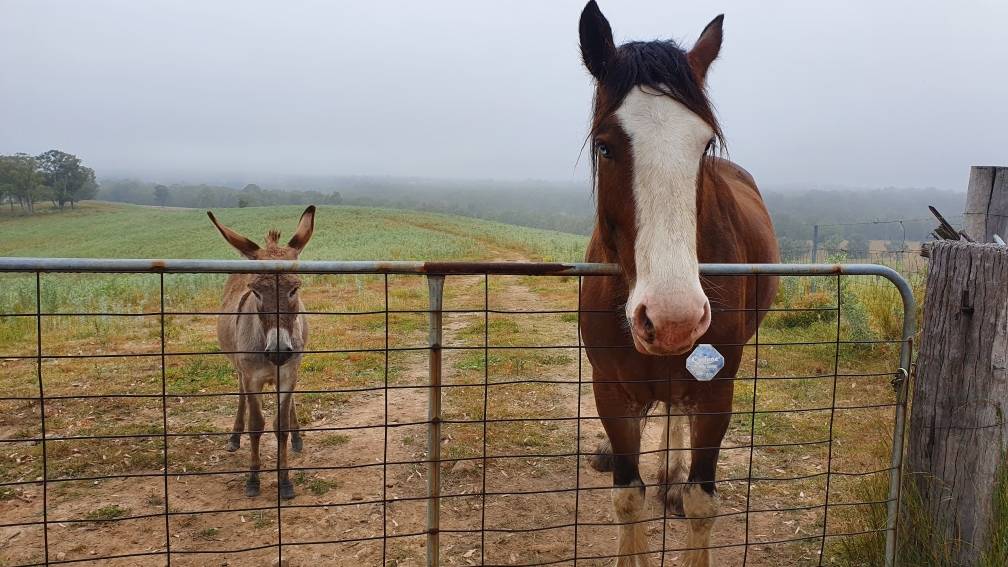 Pentire Pedro the donkey with his new mate an 18-hand Clydesdale draught horse.

At the Pentire Angus sale last August, Mr Geelan purchased a unique part of the offering in Pedro the donkey for $2700.

A gift for his mother-in-law's 60th birthday, Mr Geelan said he was surprised to come away with a donkey at no bull from the sale.

"Pedro is going well and lives with a 18 hand Clydesdale draught horse now," he said.