Ross Pride needs to move some gravel, but it could be worse. 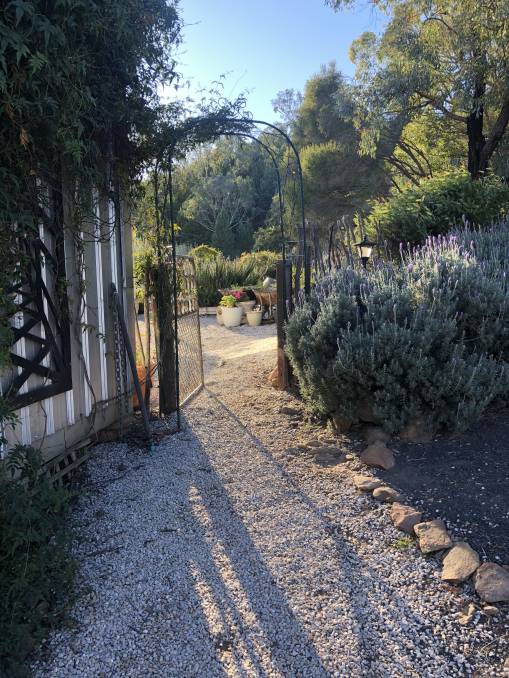 BRING THE BARROW: Ross Pride has a heap of gravel to spread on his place. But he reckons he has it pretty easy compared to those a generation or two back.

In 1917 an old mate's mother, then just 18 and never having left the green hills and picturesque villages of her native Suffolk, fell for an Aussie soldier on leave.

To the dismay of her very proper parents, and several young local chaps, he whisked her off to Australia. (If you can be 'whisked' on a slow steamer.)

This beautiful English rose was soon to find herself, as the wife of a soldier settler who knew not very much about the land, helping him scratch out a living in the mallee scrub of north-western Victoria.

They lived in an Army surplus tent. Two babies came along - one, my now 94-year-old friend Bob - and over the dirt floor was thrown a draughty corrugated iron shack. It was a long way from Suffolk.

She died at 95, outliving her soldier husband by decades, and leaving a hand-written journal of an amazing life.

I'm trying to imagine living, and raising kids, in a dirt floor humpy.

What prompted that? Because on the odd occasion when it rains around here, mud would be traipsed through the house, so a few years ago we had a truckload of gravel delivered to put on the dirt paths.

Spreading five tonnes of the stuff, a wheelbarrow-full at a time, was hard yakka.

Now, having cut another path through some home-paddock scrub, we reckon more gravel is needed. You know, in case it ever rains again.

So I'm also trying to imagine where, on Bob's parents' list of priorities, buying a load of gravel to spread around the house would rank.

It would be well below, say, trying to grow something in hard ground to feed the kids, or trying to keep them warm without gas or electricity.

It would be below fixing Bob's front teeth, knocked out when he fell off a tram on his first visit to Melbourne.

It would be below survival.

Some people say a man is made outta mud

A poor man's made outta muscle and blood

Muscle and blood and skin and bones

A mind that's a-weak and a back that's strong

Another day older and deeper in debt

I owe my soul to the company store.

So we may order some of that gravel, and we'll work hard spreading it.

I will, though, be giving a thought to my old mate's mum and dad, and what hard work is really like.