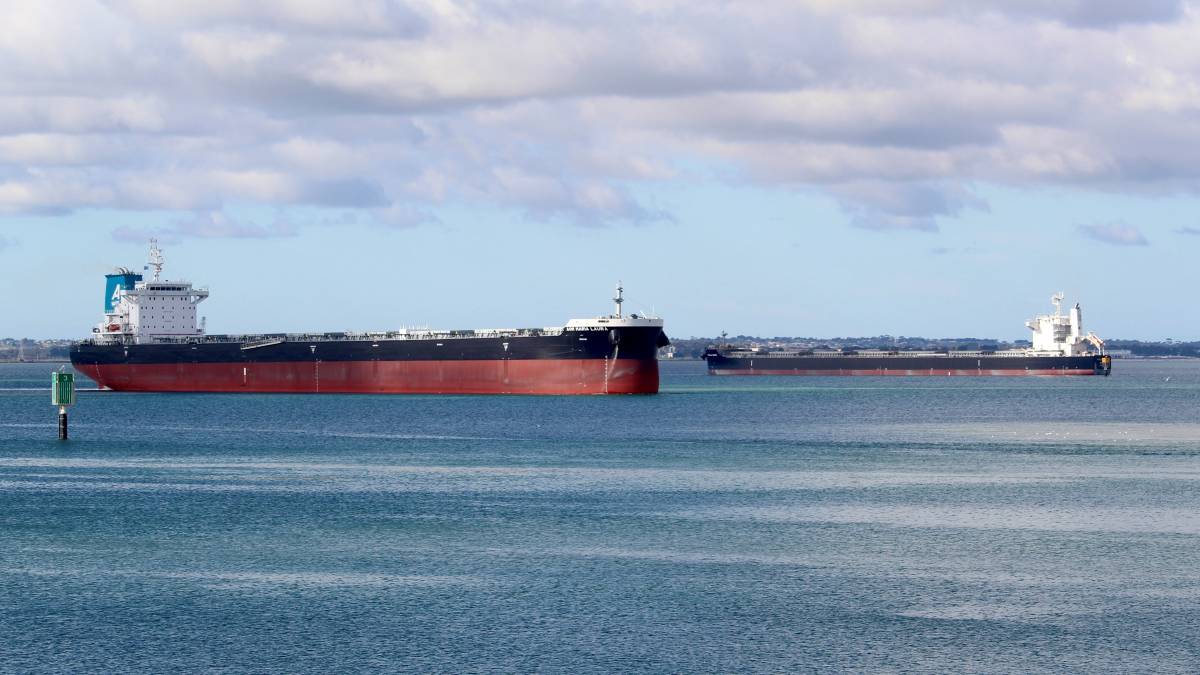 A grain carrying vessel at the port of Geelong earlier in the year.

Australia's port operators have been in overdrive in the first half of 2021 exporting grain, and there is plenty more to go out still.

AUSTRALIA'S three major grain operators have sent off over 17.4 million tonnes of grain so far since Australian farmers started harvesting their winter crop in October last year and there are still substantial volumes yet to be executed.

CBH, Viterra and GrainCorp have all reported strong export programs, with GrainCorp, in particular, rebounding strongly after the droughts of the previous two seasons.

Although Australia's grain export program traditionally ease off from about now as the northern hemisphere crop comes online this year there is solid demand for shipping slots right into spring.

GrainCorp does not have a shipping slot at a port south of the Queensland border until September, with Portland booked solid and Geelong and Port Kembla not having availabilities until late September.

Viterra has so far moved 4.19m tonnes from its six ports and expected last week to have 4.4m tonnes by the start of June this week.

Port Lincoln is the most prolific port, shipping 1.32m tonnes, with Outer Harbour in Adelaide sending 1.25m tonnes, while Thevenard, the most westerly of SA's grain ports, has done the least at 167,900t.

"Grain from the Viterra network is in strong demand which is very positive," Mr Murray said.

He said there were 30 buyers within the Viterra system purchasing grain and 10 exporters moving grain to several countries globally.

"In April, 11 different countries received grain from the Viterra network with more than 500,000 tonnes shipped," he said

Mr Murray said Viterra had changed its focus this season after working on servicing east coast domestic demand for the previous two years.

"Since October, it's been an export focused market and Viterra has responded very well to shifting our supply chain to send grain out of our port terminals compared to recent years which have been domestic focused," Mr Murray said.

In Victoria, GrainCorp has sent out over 1.25 million tonnes of grain from Geelong, the largest Victorian port.

GrainCorp southern supply chain senior manager Craig Cochrane said it had been a big year getting the grain out and it still remained busy.

"GrainCorp's Geelong team has done a fantastic job of receiving a massive local harvest through December, January and February while receiving up-country transfers by rail and road, and exporting at up to 300,000 tonnes a month since that flurry of activity," Mr Cochrane said.

He said there had been a switch to a road freight focus in terms of getting the grain to port from upcountry sites.

"Interestingly, two-thirds of grain receivals have been via road, which has seen over 37,000 trucks come and go from the terminal.

Mr Cochrane said it had required a large work force to manage the road receivals and load the ships.

"With the terminal open for receivals 24 hours a day, up to 100 staff are currently employed to cover the operations in multiple shift patterns."