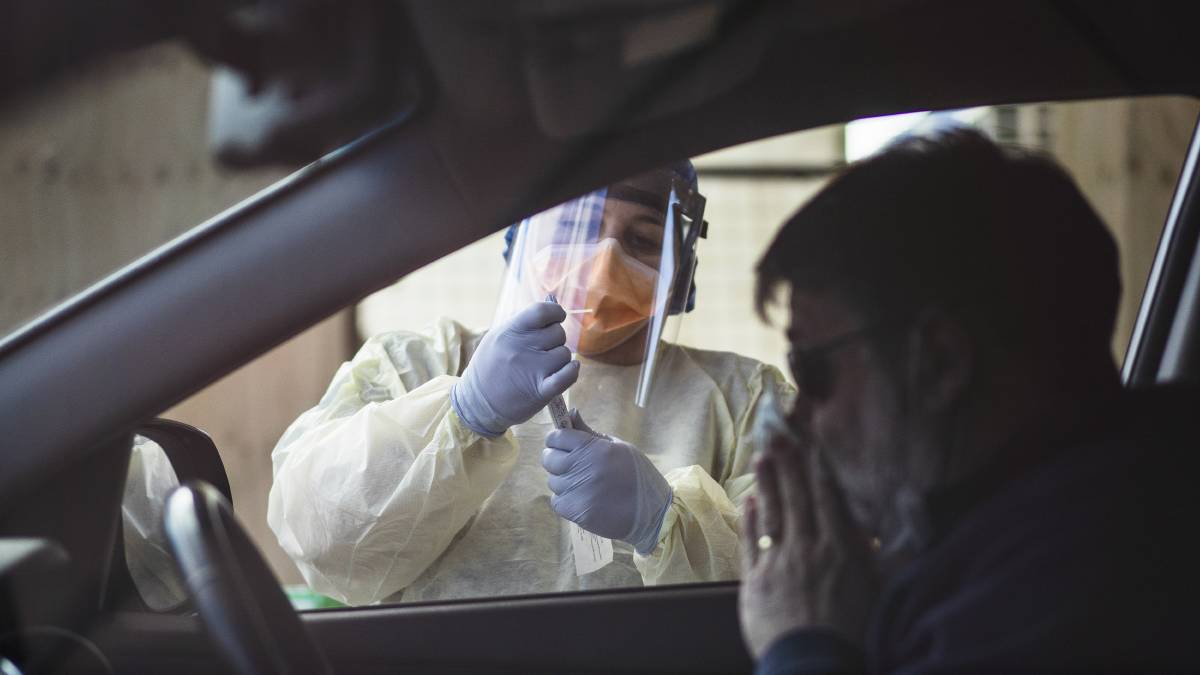 Experts say businesses must act to ensure proper ventilation to reduce the risk of aersolised transmission.

Health authorities in Victoria are warning people who have frequented shopping centres listed as exposure sites in that state's COVID-19 outbreak to closely follow instructions around isolating and getting tested, following four instances of "stranger-to-stranger transmission" of the virus.

Jeroen Weimar, Victoria's COVID-19 testing commander, said on Tuesday authorities were looking at cases of "fleeting contact" between positive cases, in locations such as a Telstra Store in South Melbourne, a display home in Mickleham, JMD grocers in Epping and the Craigieburn Central Shopping Centre.

"It's not one or two, we now have at least four instances in this cluster of 54, where people who are unknown to each other before, during, and after have clearly transmitted to each other," he said. "With previous variants, we are more used to transmission really occurring in the home, in the workplace or where people know each other, really having a lot of contact, or those big social settings."

Anyone who had been at shopping centres listed as exposure sites to get tested as soon as possible, the Victorian government urged.

President-elect of the Australian Institute of Occupational Hygienists Kate Cole said such cases showed how easily the virus could move in small places with no ventilation.

"In any sort of enclosed place like a shop, you're going to get a build up of aerosols," she said. "If the shop doesn't have good ventilation, then other people can be exposed to those aerosols, they don't necessarily have to be standing next to them."

Ms Cole said businesses could check the ventilation in their spaces by using a simple carbon dioxide monitor, with readings of more than 600-700 parts per million showing stagnant air, increasing the risk of aerosolised transmission of the virus.

"We're dealing with a virus that is transmitted through the air, it doesn't mean you have to be within 1.5 metres or there longer than 15 minutes, there are other factors at play."

Ms Cole said being vaccinated, wearing masks and keeping social distance all helped to lower the risk, but that businesses also need to look at control measures.