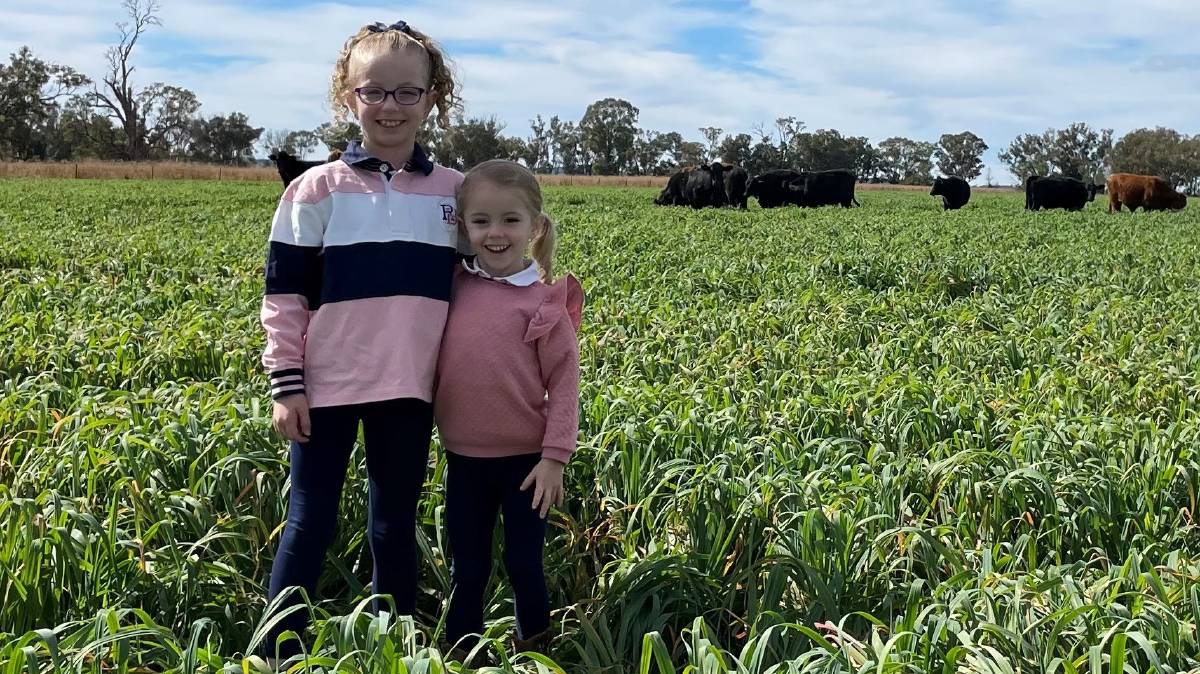 Grandchildren Mia and Georgia Freebairn, in our dual purpose oat crop with cattle grazing it since late April. Early frosts and a slow start to winter herbage growth has emphasised the importance of backup quality winter feed.

Stay in tune to stay ahead

Seasonal-wise, one never knows what lies ahead.

To avoid disasters unexpectedly creeping up on one's farm it is important to plan as far as possible into the future.

Take for example February earlier in the year.

Many of us were experiencing excellent seasonal conditions with abundant feed.

It is common to take it easy and relax with conditions so good.

Yet all so often conditions can turn dry, either from then on or in a few months' time, or further down the track.

I think some people thought we were mad sowing winter dual purpose crops as early as mid-February this year. Why the rush with such good conditions?

Our decision was more an insurance one.

While we would have plenty of feed going into winter, once frosts started in earnest, their growth would cease and quality would deteriorate as shower or rain events occurred.

This was the case in many paddocks, either native or tropical grass based ones.

Further adding to feed issues has been frosts beginning far earlier this year, for us from early April.

Normally we don't sow dual purpose crops as early as mid-February, but forecast temperatures were milder than normal and the soil was full of moisture.

While it didn't happen this year, miss a sowing opportunity and the next rain to sow on could be weeks if not months away.

Logic of dual purpose winter crops is for them to supply high quality winter feed, when often other good quality feed is low in availability.

In many years it can do this by growing on stored fallow soil moisture, including for many of us in drought years like 2017, 2018 and 2019.

To be able to efficiently store fallow moisture includes reasonable stubble retention from the previous crop or pasture as well as quick control of fallow weeds which can be responsible for rapidly using stored soil water.

To maximise sowing reliability, which includes sowing as early as is feasible for a given area, is to choose varieties that have "winter habit".

"Winter habit" means a variety needs a given amount of cold weather before head initiation begins.

In our case Eurabbie oats, has good winter habit.

Like all crop and variety choices it has its drawbacks.

Eurabbie can be quite rust susceptible as well as Barley Yellow Dwarf virus (BYDV) susceptible.

To minimise these risks we sow seed treated with an appropriate insecticide (virus spread by aphids) and fungicide.

I think it helps minimise these threats.

"Winter habit" varieties, also especially suit closing for grain recovery should seasonal conditions be good and if late winter spring feed from them is not required.

In good years (2020) some dual purpose crops (wheat, barley, triticale brassica) yielded as well as straight grain varieties plus with 60 or so days grazing at around 25 dry sheep equivalents/ha.

For full grazing 150 days or so of good grazing occurred.

They also mainly have a role in combating the major root lesion nematode Pratylenchus thornei but not P. neglectus. Brassica species can also often root down quicker than cereals and allow a wider choice of herbicides for grass weed control.

The concluding comment of this discussion is that well planned winter fodder crops not only provide quality feed when commonly little is available, but also offer significant rotational advantages. 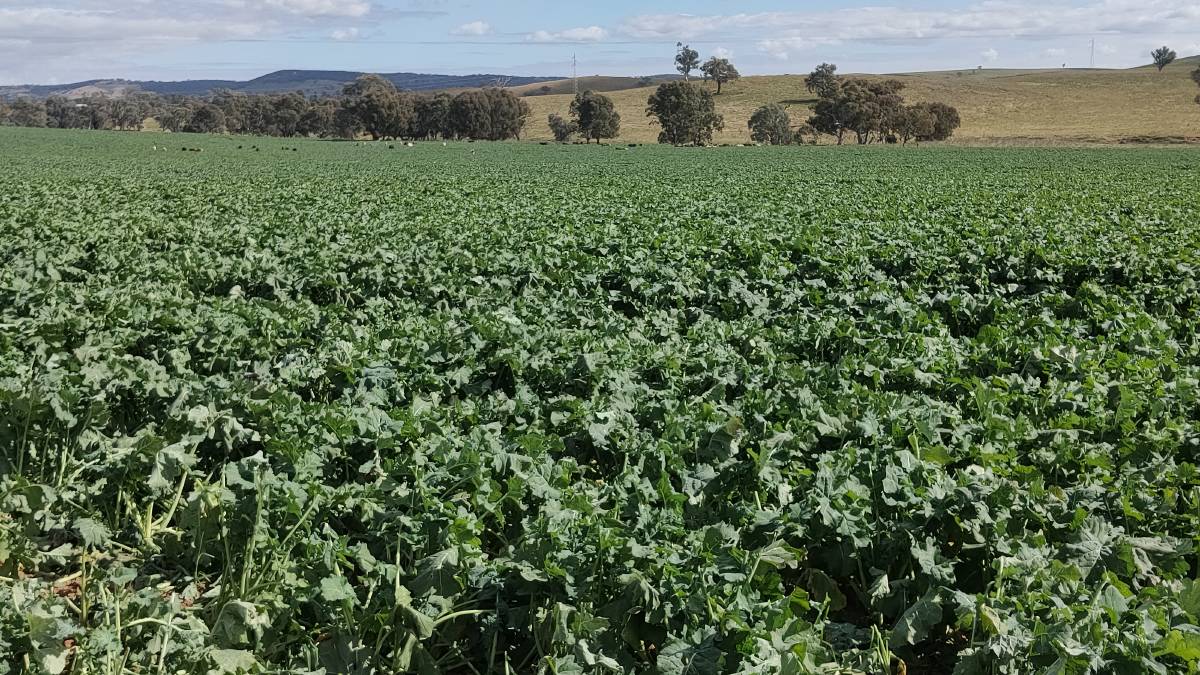 Farmers are choosing dual purpose brassica crops and these are able to provide quality feed as well as grain yield similar to grain only crops. An April 22 view.