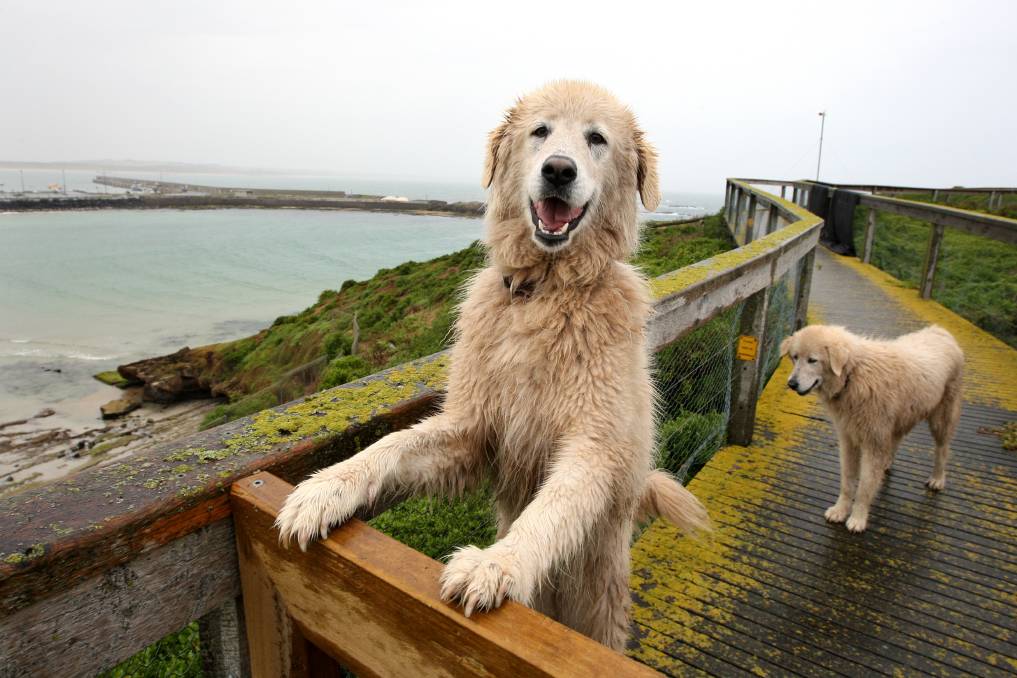 Maremma guardian dog Eudy has died after capturing the hearts of people around the world and living to a ripe old age of 12.

Eudy was Middle Island's longest serving penguin protector, returning to the post every season from 2010-11 until last summer.

She and sister Tula were the first Maremma guardian dogs specifically trained to protect the internationally beloved little penguin colony on the island which sits off the south west coast of Victoria, near Warrnambool.

There were plans for Eudy to join her sister in retirement but problems with her front legs were found to be signs of an aggressive bone cancer.

Middle Island Penguin project co-ordinator Trish Corbett said without Eudy and Tula, there might not be a penguin colony on Middle Island for current guardian dogs to protect.

"She did an amazing job protecting the island with Tula and was always fantastic when we brought new pups for her to mentor," she said.

"They are the true heroes."

Dr Corbett remembered Eudy's excitement to return to the island after a break and said she had a "beautiful smile".

"Eudy spent her last few days at my house with loved ones visiting her and went to sleep with a stomach full of roast chicken and a cool breeze on her face," she said.

"Thank you to everyone at the Vet Group for the love and care you have given Eudy and thank you as well to Kris and the team at PetStock for feeding and caring for Eudy over the years.

"On behalf of everyone that the project has touched, we want to thank Eudy for all the hard work she has done. The project won't be the same without you. Rest peacefully, beautiful girl."

Warrnambool mayor Vicki Jellie said that Eudy was an icon of the city and would be greatly missed.

"The Middle Island Maremma Project has captured the hearts and imaginations of millions of people around the world, and there will be so many people saddened by this news," Cr Jellie said.

"While it attracted so much global attention, the project itself is delivered by a small, dedicated team, and I'd like to extend my deepest sympathies to everyone who worked with Eudy over the years who I know will be feeling this loss immensely.

"Thanks largely to Eudy and Tula, Maremmas and penguins are almost as synonymous with Warrnambool as whales."

Eudy's final resting place will be Middle Island, with her ashes to be scattered by those closest to her.

The council will release details about a public memorial event at a later date.

Local farmer Allan "Swampy" Marsh proposed the idea of using Maremma dogs to protect the penguins, having successfully used them to guard his chicken farm.

The conservation project was a success, drawing worldwide attention and spawning the 2015 feature film Oddball.