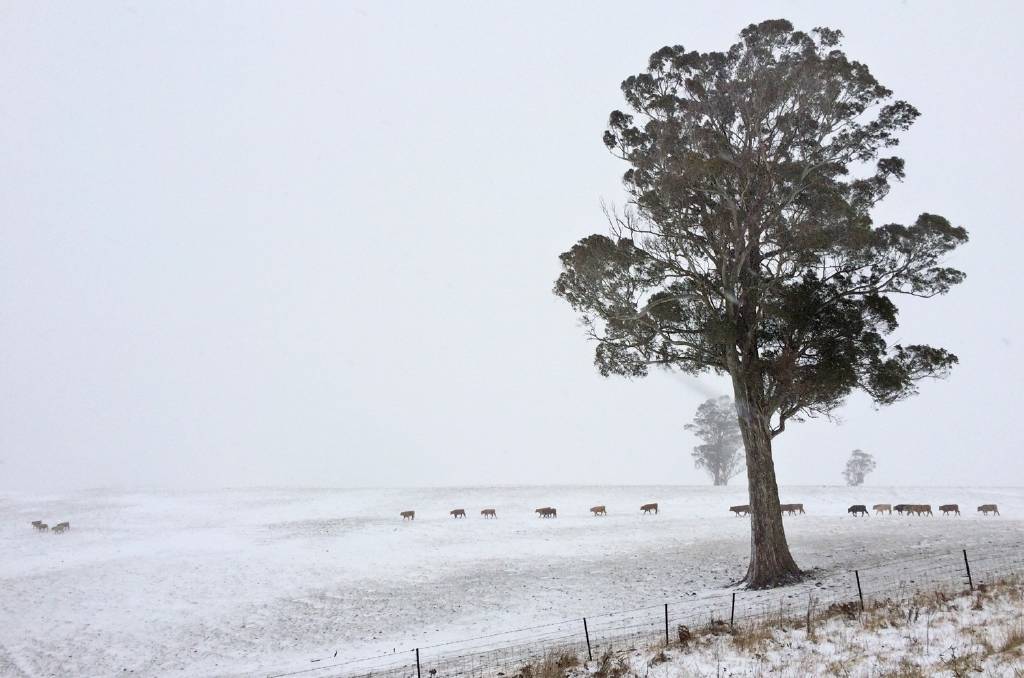 Cold air is extending so far north that snow is settling along the ranges and tablelands in southern, central and northern NSW. Photo: file

Parts of NSW are experiencing one of their best snowfalls in years as a large mass of polar air causes temperatures to plummet across southeastern Australia.

Parts of NSW are experiencing one of their best snowfalls in years as a large mass of polar air causes temperatures to plummet across southeastern Australia.

A pool of air that originated near Antarctica is drifting across Australia's southeastern states this week. This frigid air mass has become isolated from the cold air that permanently flows between Australia and Antarctica, forming what is called a 'cut-off low' over NSW.

Temperatures have dropped around 5-10C below average for this time of year in many areas of NSW thanks to the influence of this cut-off low. It's also causing widespread rain, hail and snow across the state.

Cold air is extending so far north that snow is settling along the ranges and tablelands in southern, central and northern NSW.

The influence of a surface-based low pressure system centred near central NSW could mean that northern NSW sees more rain and snow from this system than most other parts of the state.

Accumulated snowfalls could reach 10-20 centimetres along parts of the Northern Tablelands by the end of Thursday. A bit less snow is expected in central NSW, although the Alps could see more than half a metre of snow this week.

Some elevated parts of the state are likely to see road closures from snow on Thursday and possibly into Friday. Even where it doesn't snow, ice-covered roads could pose a risk when driving in higher parts of the ranges and tablelands.

A Sheep Graziers warning was issued across most of NSW during Wednesday and Thursday, with cold temperatures, rain and strong southwesterly winds elevating the risk of livestock losses. Better weather next week!