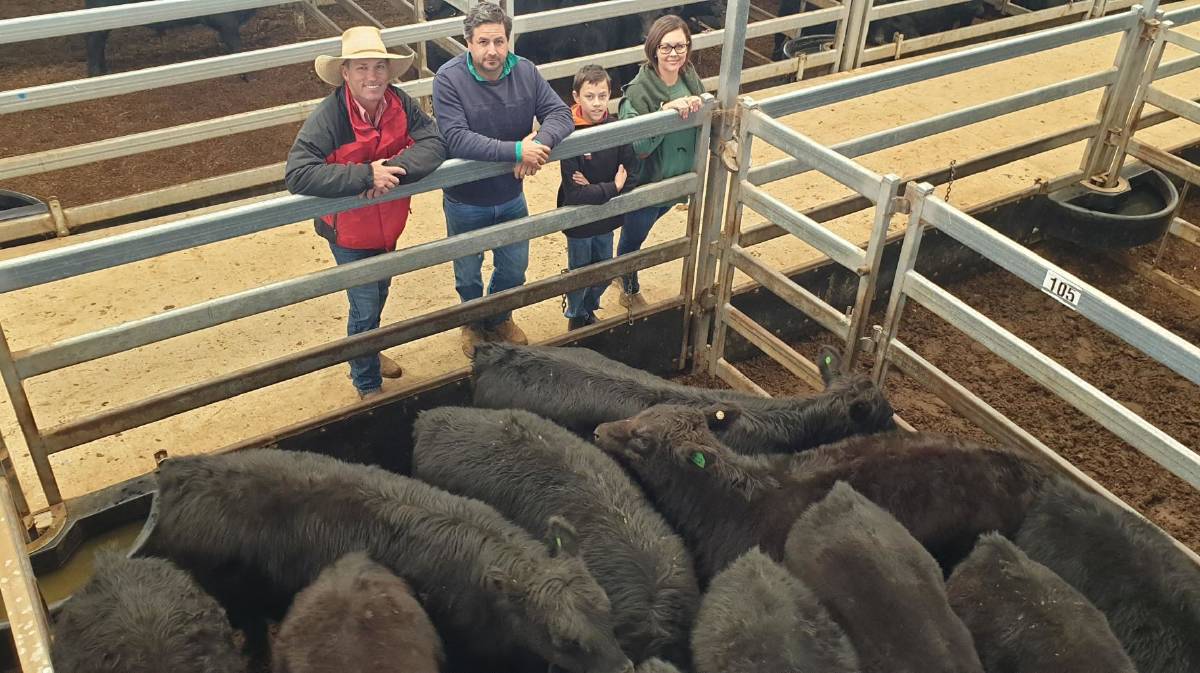 The sale featured the largest number of females seen in recent weeks.

Females were the flavour of the fortnight at the Tamworth store sale on Friday with weaner heifer prices rising to $1780 a head.

On the eve of the sale rain was welcomed in the region but it meant some late changes to the offering.

While numbers fell from 2500 to 1350 head, prices remained firm with strong competition across all of the female categories which made up the majority of the offering.

Steers sold to $1760/head, compared with $1780 at the previous sale, for Angus cross weaners from the Sparke family sold through Ian Morgan Livestock but a lot of pens made between $1300 and $1500 with many of them Charolais and Hereford infused.

Yearling Simmental steers from Straney and sold through Purtle Plevey Agencies made $1500 while seven to nine-month-old Angus steers from the Keatings made $1520.

Garvin and Cousens sold Hereford and black baldy heifers from G Church for the top price of $1780, well up from the $1620 the previous sale.

Charolais weaner heifers from Clovernook at Walcha reached $1635, while the steer counterparts made $1720.

They also sold Charolais females in calf to red Simmental and Charolais bulls for $2300, just behind the $2520 top price for Angus cross females from local vendor SKM Agriculture back in calf to Santa and Angus bulls.

Of the cows and calves on offer it was Charolais females sold by Pitt Sons at Walcha on account of the Kermode family that made the peak of $3030 while Santa units from the Moss family made $2900 and Droughtmasters from Rixons made $2720.

Purtle Plevey Agencies agent Sam Plevey said it was the largest number of females they had seen yarded in recent weeks.

There was great opportunity for buyers with well bred Angus and Angus cross weaners offered throughout, he added.

The next store sale will be held on June 18 with highly regarded calves from Woolbrook set to feature.