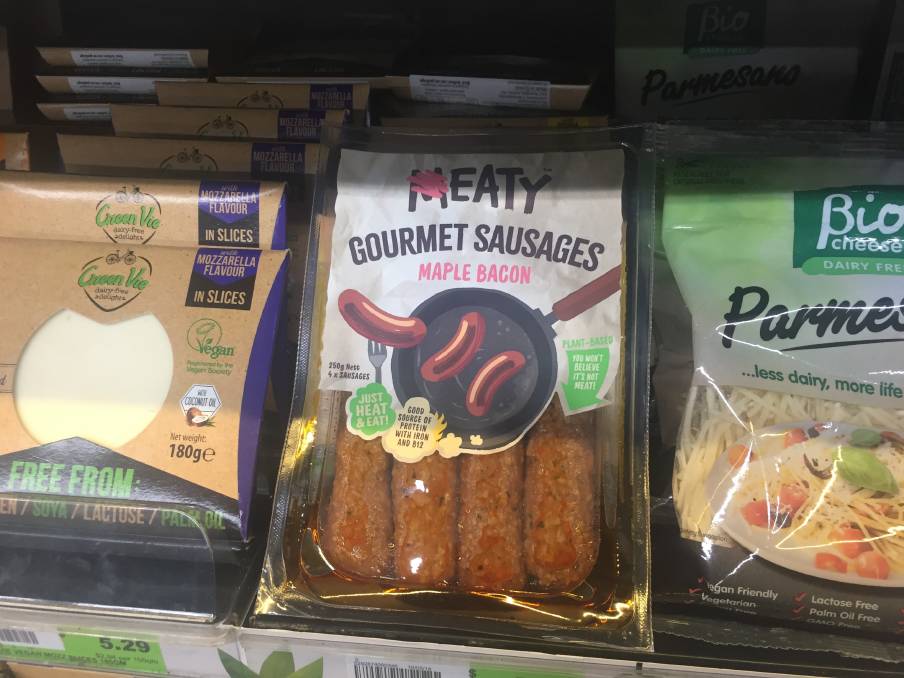 WHAT THE: Few people can understand how a sausage or hamburger made from plants can be called beef or meat.

COMMENT: Agricultural "groups" need, more than ever, to speak with a united voice.

There are way too many - everyone knows that.

But that issue has apparently already been thrashed-out, and we seem to be stuck with it for now.

All are drip-fed by levies from farmers.

The winds of change are sweeping the globe on a range of issues, which will likely impact the way we farm in the future.

These include the environment - think climate change - and animal welfare, which is chief among them.

Agricultural "groups" need, more than ever, to speak with a united voice.

For example, why does it take hearings far away in Canberra for questions to be asked about how precious farmer levies are being spent?

We seem to learn more from Senators mostly grandstanding at "estimate hearings" than we should.

These are Senators who have been coached and provided questions designed to make the questioner look like they actually know what they are talking about.

Mostly it is just theatre.

Our "groups" have all sorts of other groups designed to inform their levy-payers about what they are up to.

No-one doubts they do their best by electing leaders and employing communication staff to filter sanitised information down.

Not all can afford to take time away from the farm to engage with these groups - as they have to pay those levies, after all.

Our recent interest in this issue is prompted by an important regulatory body that hardly anyone understands.

For the first time in two years, FSANZ was summoned before one of these Senate hearings this month.

Unfortunately, our Senators ran over time and that session has been delayed.

The Senate appearance was so much a surprise that FSANZ had to abandon plans for a webinar it had been promoting about "future foods".

It just happens this food webinar is likely to spark some of the questioning.

Few people can understand how a sausage or hamburger made from plants can be called beef or meat. Or how the juice from almonds or soybeans can be called milk?

It is a mystery to most of us.

We were interested to hear FSANZ explain - other than in a language only a Queen's Counsel would understand.

Why there was a two-year wait for this statutory authority to be asked to explain itself is another mystery.

We know some of our "groups" have been exploring this issue already.

We should not have to wait for a Senate hearing to better understand what progress is being made.

The story Too many cooks can spoil the beef broth - especially if it contains plants first appeared on Stock & Land.