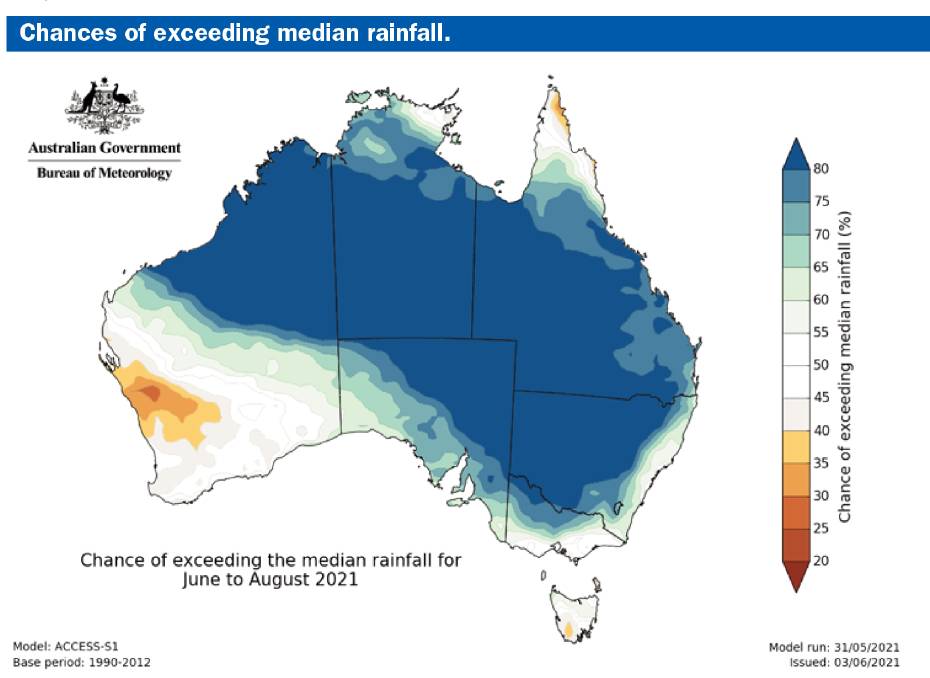 The chance of the inland exceeding the typical winter rainfall pattern is growing stronger with each prediction, however, current climate indicators remain in neutral.

Neutral climate conditions now but the Indian Ocean is likely to be the big player in rainfall potential for inland NSW in July and August.

Of the major climate indicators, the Pacific Ocean, continues to show a well established neutral pattern with no strong underlying sea surface temperature patterns developing. Sub-surface temperatures in the Pacific Ocean continue to be above average and as a result, some warming occurs through the central eastern Pacific though this is not expected to be significant enough to produce an El Nino. Further ahead into spring, neutral ENSO patterns are expected to persist and there is no indication of either an El Nino or a La Nina developing but we will carefully monitor this for change (in particular, the warmer water in the sub-surface and whether this begins to upwell to the surface).

The Indian Ocean outlooks continue to vary, with unusual SST patterns continuing. Most of the Indian Ocean is experiencing above average SSTs, though in recent months the warmer anomalies over the eastern Indian Ocean have been slightly more dominant. This may explain why a couple of the models have trended more towards a negative Indian Ocean Dipole developing over winter. This creates a slightly higher chance of rainfall across inland areas of Victoria, NSW and southern Queensland if we look at analogous years. As most of the continent remains surrounded by slightly above average SSTs, at least slightly above average rainfall is more likely than not for the first half of winter at least. After that, the IOD could become important. The potential for above average rainfall in eastern NSW is higher in coming weeks, due to a positive Southern Annular Mode. SAM cycles don't last much longer than two to three weeks, so a positive SAM phase now would suggest negative SAM by the end of the month.

Autumn in NSW as a whole was the coolest for nine years, although average temperatures were still a little up on normal. Temperature outlooks remain fairly neutral but slightly above average maximums and close to average minimums are generally favoured for the next two to three months with no obvious signs of strong deviations from their means. However, occasional but brief cold outbreaks are a little more likely than usual this coming season.

So, there remains no strong climatic factors at play, with neutral conditions everywhere. The Indian Ocean is likely to be the big player in rainfall potential for inland NSW in July and August and if the western Indian Ocean can remain a little cooler than the eastern Indian Ocean, it should help promote stronger convection closer to Australia that would increase moisture during times of more active frontal periods. 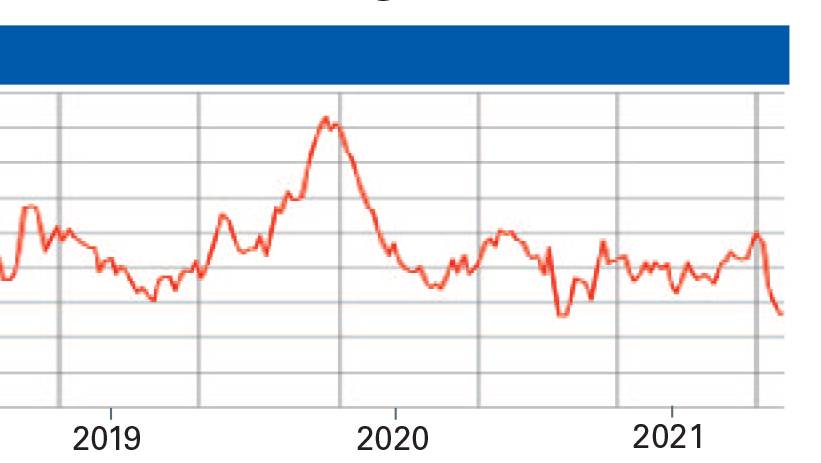