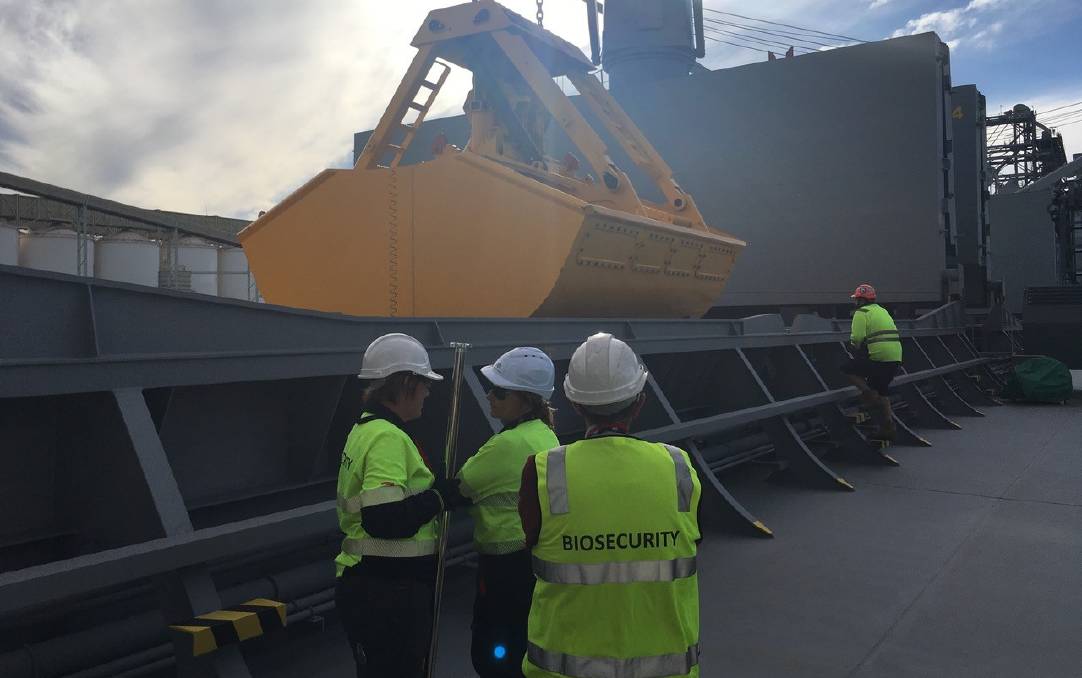 Workers on the grain import program ensuring all imported grain is disposed of to reduce risk of biosecurity incursions.

The grain import program of 2019 seems a long time ago, but the final protocols were only recently completed.

WHILE for most grain industry participants the grain import program of 2019 feels a distant memory, for those managing the stringent import protocols the scheme has just drawn to a close.

The federal government Department of Agriculture, Water and Environment (DAWE) permitted Manildra to import wheat from Canada for use in its Nowra gluten manufacturing plant due to a lack of suitable domestic supply.

However, in order to protect Australian grain growers from a range of potential biosecurity incursions there were very strict conditions placed on potential grain imports as part of the DAWE bulk grain import program.

And the Department has said with the program recently winding up that it had been a success, with no breaches of the country's biosecurity status.

As part of the program, DAWE assessed a number of factors in terms of individual applications in light of its biosecurity policies and import conditions.

This helped it manage the associated biosecurity risks from start to finish.

The process started with assessing the merits of the import application through to the logistical issues in managing the risks during the importation and then finally the post-import work required, such as decommissioning sites that received imported and ongoing surveillance to ensure no exotic pests or diseases were unwittingly imported.

Throughout the program, the department monitored the end-to-end movement of the grains to verify ongoing compliance with import conditions.

When finished, conveyances, equipment and facilities were decommissioned, removing imported grain residues so they could safely return to handling domestic grain.

The department supervised these processes and conducted inspections once complete.

And with the program now completed, DAWE said the system had held up well, helped by good cooperation within the industry.

A spokesperson from DAWE said the department appreciated the engagement from industry and stakeholders on this matter, as well as the cooperation from Manildra.