Growers on the Liverpool Plains have eradicated at least 1500 wild pigs in just four months, saving the district around $100,000 in damage.

While the mouse plague dominates headlines right now, this year local farmers around Premer and Tambar Springs faced an even bigger threat to their high yielding crops.

But when Local Land Services surveyed the district about the issue they found they lacked a combined pest management approach against pigs.

It wasn't until 20 landholders gathered at the Premer pub to hear from Central West Local Land Services biosecurity officer Will Thorncraft that they decided to establish a pest management group and join with National Parks and North West LLS to tackle the problem.

Around 600 pigs were eradicated by landholders using bait and traps which was followed by an aerial shoot that killed just over 900. 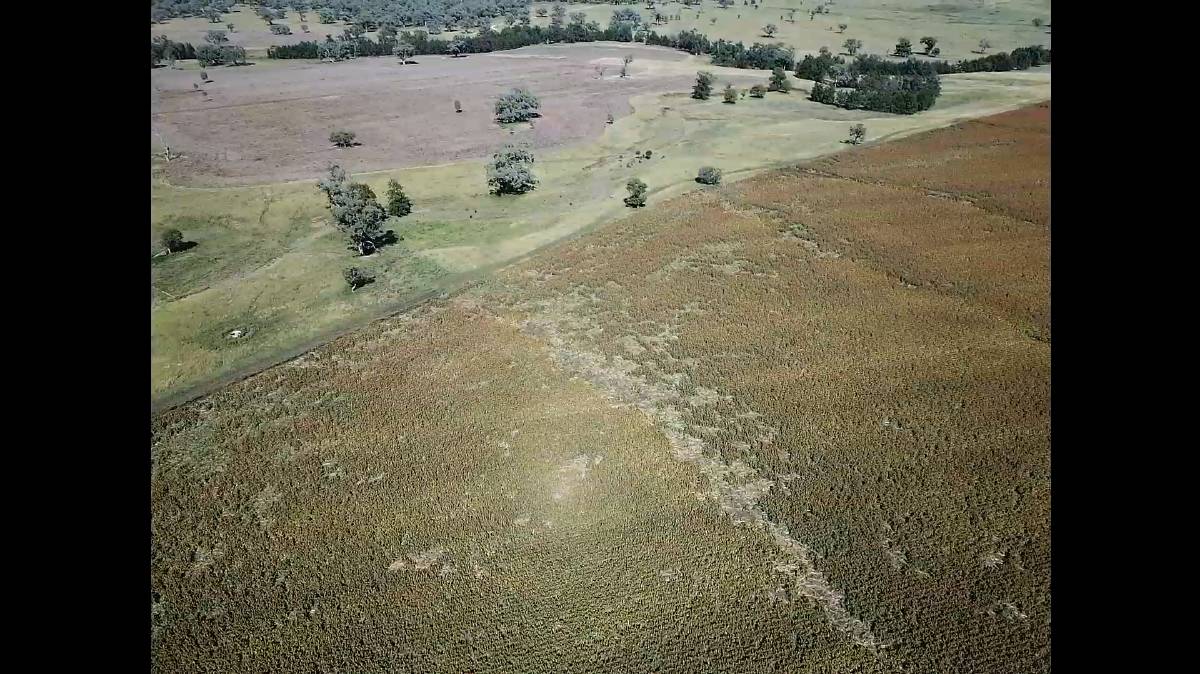 "We worked out the average pig in this area costs producers $65/year, but they could easily do a lot more than that," Mr Thorncraft said.

"If you spend the time and do the control work, you will get the cost benefit back.

"In the last four months of the baiting and aerial shoot we killed around 1500 pigs at $65/head so the whole area saved themselves nearly $100,000 profit.

"We have 18 months of a good season, we have got lots of grain here for them, lots of cover, lots of water and one sow can have two litters a year with up to 10 per litter so numbers can grow very very quickly."

Mr Thorncraft's presentation convinced Bundella prodcuer Andrew Campbell and his father Colin to undertake a baiting program for the first time on their 8000 acre property, Rockgedgiel.

The pig pressure was so bad that they opted to begin baiting before the rest of the district. Monitoring cameras captured "waves and waves" of at least 150 pigs on their sorghum crop in the first night. Andrew Campbell, Rockgedgiel, Bundella said the pig numbers were on par with the mice plague. "It's just they don't get into bed with you and you don't see them on the news," he said. Numbers reduced before a different type of mob returned to the crop two weeks later meaning more baits were laid.

The Campbell's sorghum crop eventually went on to average 7t/ha, and with prices around $270 per tonne they were facing losses around $38,000 if the damage continued to track towards 20 hectares.

"The edge of the crop would march back a couple of metres every night," he said.

"It was a great result this year because previous years when we have had grain in that block we could have easily lost 30 hectares just completely unharvestable and I think we only lost about 10 hectares all up.

"The way it was going early on in the season before we started baiting it was on track to be a really bad yield loss year especially because it was quite a high yielding crop. The establishment of a pest management group around the Premer/Tambar Springs area has resulted in the confirmed control of at least 600 feral pigs and another 911 eradicated in an aerial shoot.

"Had we lost say 40 hectares or even 50 hectares because there was so many, we could have easily lost 400 tonne of grain."

"If you have got some weeds on your place, you just go and spray them and when you see them coming back, you spray them again," he said.

"I think the thing with the pigs is people don't treat them with the same respect from a land management point of view. They are a pest and we have to manage them."

Both agreed the coordination and support of LLS had been critical to their success. New research has revealed feral pig control programs can save landholders up to $100 per hectare.

The NSW government funded study conducted by AgEcon focused on nine key agriucltural enterprises in the state's north west and found chickpeas had the highest potential net benefits of undertaking control, up to $100/ha.

It also found baiting and aerial shooting programs were the most cost effective means for eradication compared to ground shooting which cost more than the recovered yields.

With feral pig activity expected to increase this season after improved seasonal conditions and recent rainfall, Minister for Agriculture and Minister for Western NSW, Adam Marshall, said the results confirmed the importance of investing heavily in pest management control programs.

"Coordinating control programs with your neighbours is key, as a broadscale approach will result in a greater knock down being achieved," he said.

"While rain is always welcomed, it means we should start thinking ahead now. So please, get in touch with your Local Land Services (LLS) today."

Landholders wanting to be part of the coordinated effort to control feral pigs and learn how to free feed effectively for baiting should contact LLS on 1300 795 299.