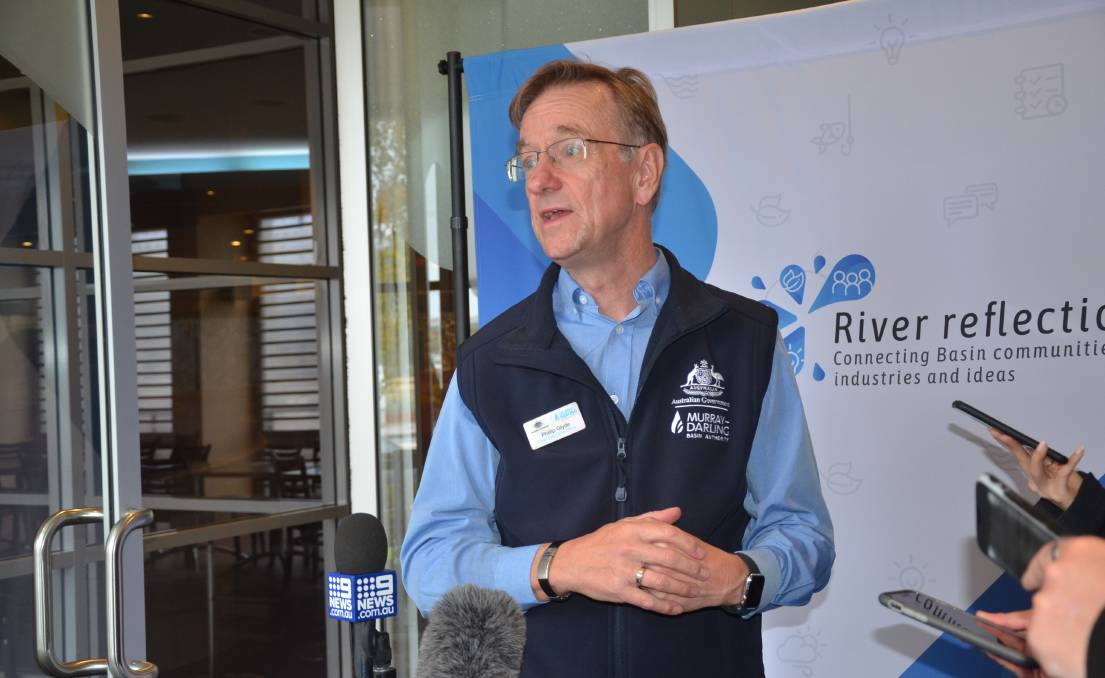 "This is us trying to lift our game, to reach out to people" - the MDBA on their first regional conference.

The Murray Darling Basin Authority have hosted their first regional conference, River Reflections, in Griffith and MDBA chief executive officer Phillip Glyde said it represented them trying to lift their game when it came to connecting with people across the Basin.

"This is our attempt to try and improve," Mr Glyde said.

"What we're trying to do here is bring together the experiences of people up and down the Basin so we can share and learn."

The conference ran across two days, on Wednesday and Thursday this week, and was attended by around 100 water stakeholders, with more tuning in online. 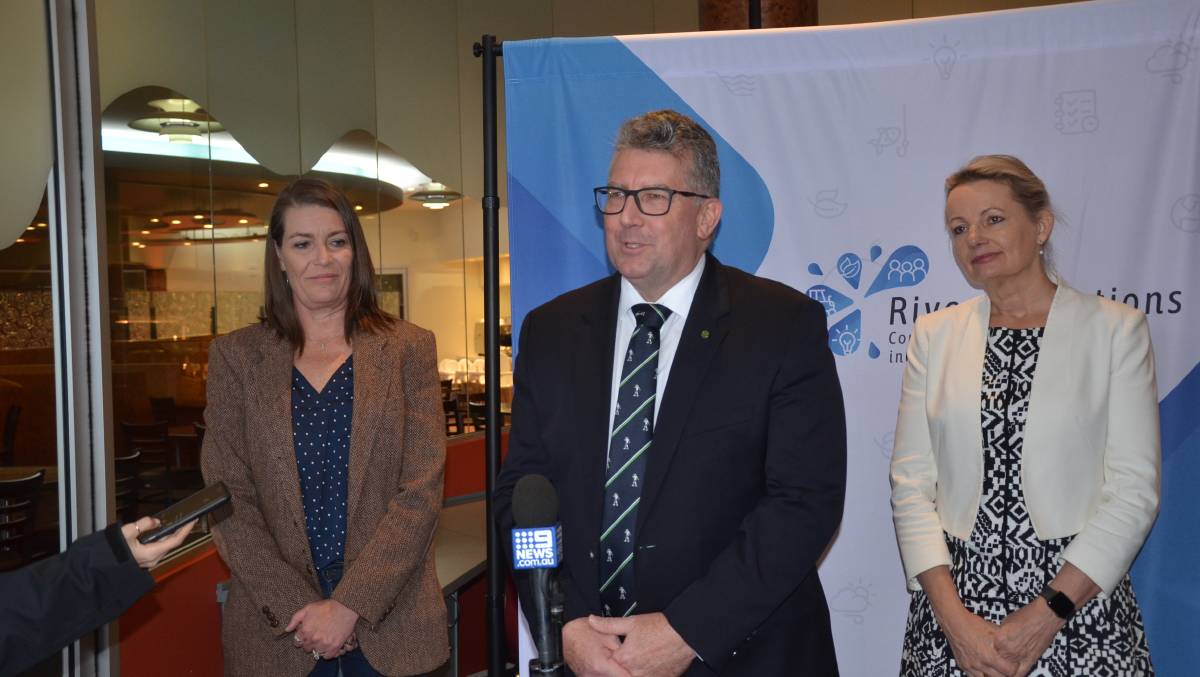 Federal Water Minister Keith Pitt, alongside senator Perin Davey and federal Environment Minister Sussan Ley. Mr Pitt said he was not putting up the white flag, when it came to meeting the 2024 Basin Plan targets.

Griffith was the site of the infamous burning of the Murray Darling Basin Plan by enraged irrigators back in 2016 and there was a police presence in the foyer of the conference on Wednesday.

Mr Glyde said the passion shown by people in regards to the Murray Darling Basin Plan was to be expected with water "the lifeblood of many towns".

"The Basin plan is taking 20 per cent of the water that used to be allocated out to farmers, it's taking that back over a relatively short period of time, 10 years, that has caused huge adjustments that have had to be made in almost every farmer's operation," Mr Glyde said.

"We're used to the fact that every single issue we talk about, every single decision we make, has to be contested, it's the nature of working in water."

"I took the day off work because I thought it was important to come and raise some of the issues."

Federal Water Minister Keith Pitt was the keynote speaker at the conference and used the opportunity to announce $25 million dollars of federal funding for metering in the Northern Basin.

"That money will go towards telemetry and other technical components to ensure we have transparency and trust particularly around what happens in the northern part of the Basin when it comes to floodplain harvesting for example," Mr Pitt said.

Mr Pitt acknowledged he was frustrated that the NSW government's legislation for the floodplain harvesting metering program had been disallowed in the Upper House.

"Quite simply without that passing in the NSW House it would be very difficult to get the Water Resource Plans accredited by the MDBA," Mr Pitt said.

"Yes, it's frustrating, yes it's taking more time than I would like but we will get it delivered."

Mr Pitt also doubled down on the Australian government's commitment to building dams and water infrastructure, telling the states "let's get going".

"It's a very big country and we do need infrastructure into the future as our population continues to grow, if we want a reliability of water supply that requires storage and water infrastructure," Mr Pitt said.

"What I say to our state colleagues is we need to get on with this.

"There's been some years since we put in this money...let's get these jobs into the regions and let's get the infrastructure Australia needs built."

'Not for running up the white flag'

The Murray Darling Basin Plan is lagging behind in some key areas, most notably with the Sustainable Diversion Limit Mechanism projects and the NSW Water Resource Plans, and NSW Water Minister Melinda Pavey has argued the Plan's 2024 water recovery targets were not realistic.

However, Mr Pitt said he still had hope that the plan would meet its targets by 2024.

"We have some three years to go and I'm not for running up the white flag," Mr Pitt said, again ruling out the possibility of buybacks being used as a mechanism to make-up for any short-fall in recovery efforts.

However, he once again said he would not be looking to legislate his promise.

"I can get into the senate and have a huge fight on any issue you want to pick, but this is about actual delivery, we have committed absolutely from the Prime Minister down that there will be no further buybacks by the Commonwealth.

The MDBA have committed to holding a conference in a regional centre within the Basin annually and have announced next year's event will be held in the Sunraysia.