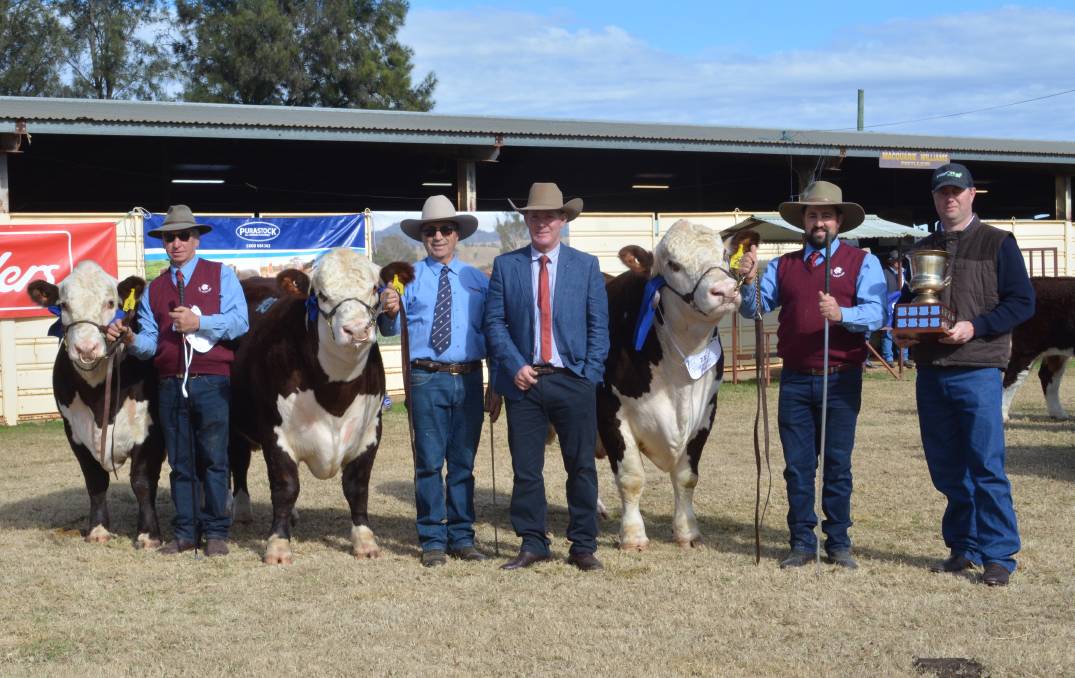 Presented to the best group of three bulls from one vendor, the Oberon-based stud was "very pleased to win the prestigious accolade on the 60th anniversary of the event" according to Vic Camilleri.

True-to-type bulls, that were commercially functional was how judge Jason Catts of Futurity Shorthorns, Baradine described the winning-group.

"I like these types of group classes because it gives you a glimpse into peoples' programs and what they are trying to breed," Mr Catts said.

It was the evenness of the Camilleri's group that had them on top.

At 21 months of age, Quarterback Q015 was also the reserve junior champion bull of the show that went on to sell for $10,000 to the Webb family at Adelong.

"I really like that bull," Mr Camilleri said. "He had a real soft skin to him, and he got around a bit like a cat even though he was a lump of a bull with depth and length."

The Camilleri family averaged $8333 across the three bulls, a result Mr Camilleri said he was extremely pleased with.

"We always try and breed a particular type, a moderate frame and something we feel is commercially accepted, and we had positive comments they were of a certain type and even, which is what the shield is about," he said.

"It goes to show in a way that our females shone through as well, with the bulls being out of two different sires but still showing that evenness."

Commenting about the event, Mr Camilleri said even though numbers were down the event was successful and everyone dug deep to make it happen.

"It is promising for future sale at Dubbo, and hopefully it will grow in numbers."

Second in the President's Shield was awarded to Glenn Pugh of Gundongs Poll Herefords, Tomingley and third was Supple Herefords, Guyra.