All the results from the 62nd Dubbo Shorthorn National Show and Sale.

"A real sire in the making with balance, capacity and presence" has come away with the Macquarie Williams Trophy for the grand champion bull of the 62nd Shorthorn National Show and Sale at Dubbo on Tuesday.

Sired by Nagol Park Zeus Neon N101, the grand bull was described as power and presence in a free-moving package by judge Ted Laurie of Knowla Livestock, Moppy.

"He is a clear winner today; so free moving, set up on excellent feet and legs, with beautiful extension through the front end," he said. Tipping the scales at 1056 kilograms he measured 135 square centimetres in the eye muscle area (EMA) and 40cm in the scrotal circumference with rump and rib fat 20 millimetres and 12mm.

Neon Q-Back Q125 was also a maternal sibling to Nagol Park YZ Romance N148 who was the supreme exhibit of The Land Beef Battle and the Five Star Online Show last year.

Nagol Park Shorthorns also were awarded the Lambell MacKinnon Trophy for the champion breeder's group of three bulls, a win which marked a first for the stud. 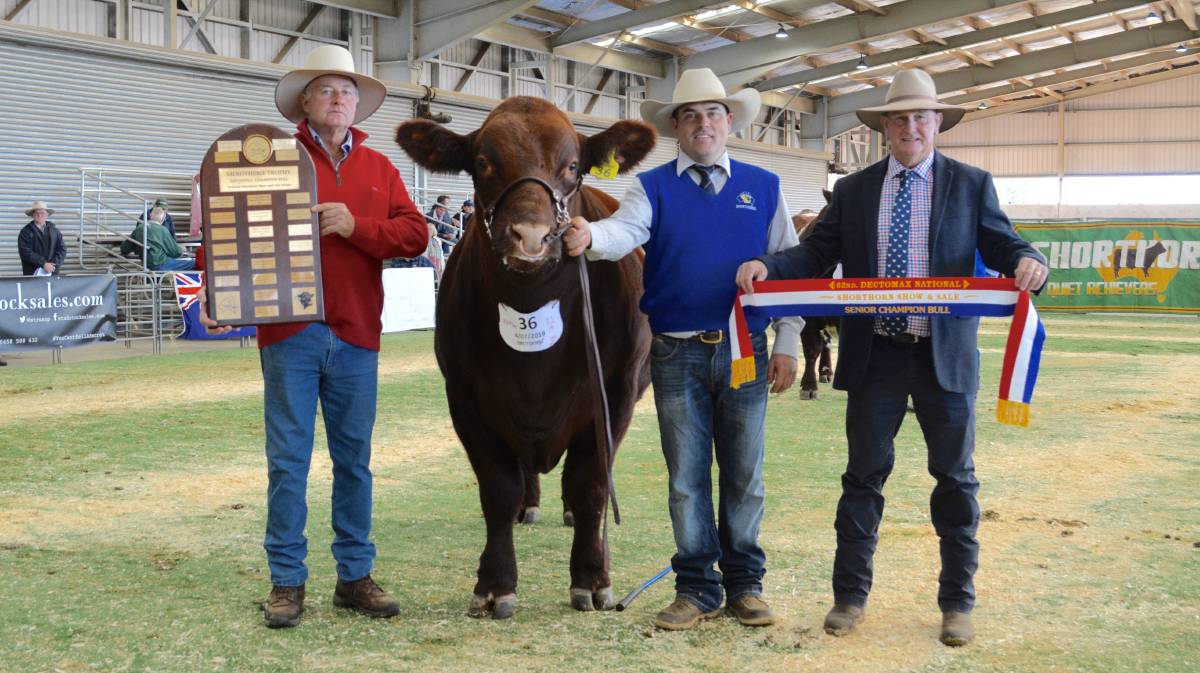 Senior champion bull was AJM Quarter Master Q103 exhibited by Ash and Jane Morris of AJM Shorthorns, Young. He was a 23-month-old bull sired by Sprys Mortal M40 that weighed 884kg and measured 41cm in the scrotum, 27mm and 14mm rump and rib fats and 129 sq cm for EM.

For the first time, unled bulls were entered in the event with Ross and Janelle Johnstone's exhibit Ronelle Park Qudos Q48 rising to the top of the 14 head strong pen show.

Bulls and females entered int he 62nd Dubbo Shorthorn National Show and Sale will go under the hammer 10am today.