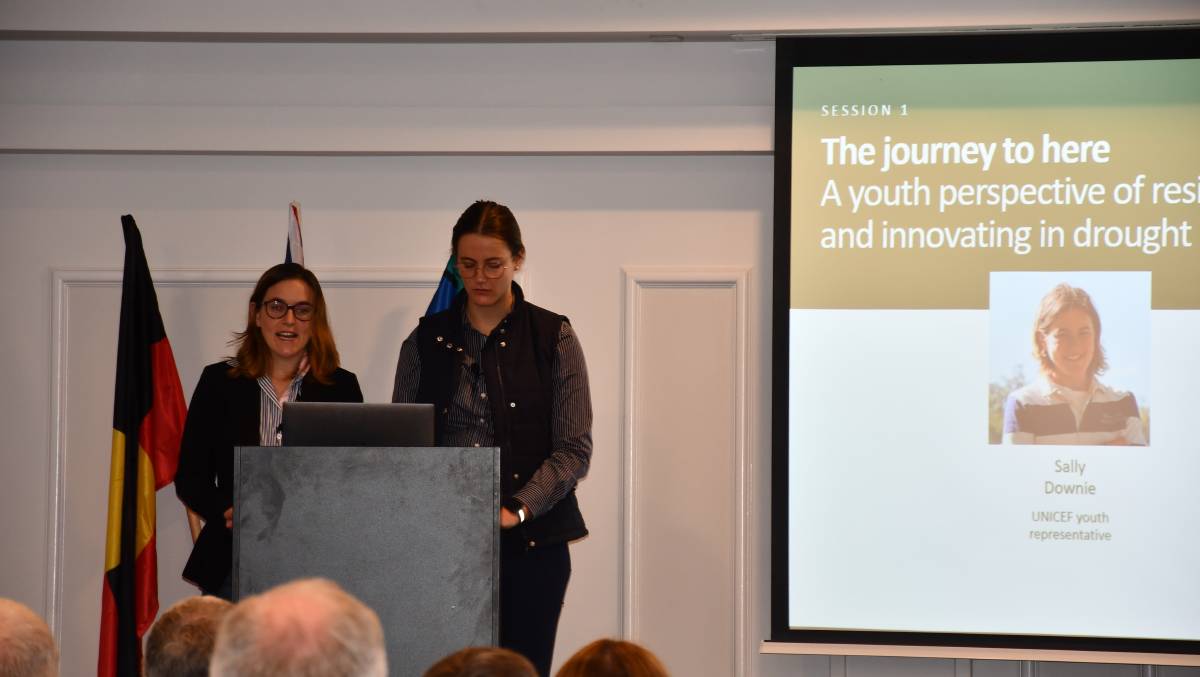 YOUNG ATTITUDE: You could hear a pin drop after Sally Downie and Monique Worsley addressed the room of industry and government members.

Sally Downie and Monique Worsley are leading a team of 88 young Australians who want their voices to be heard.

A row of government and industry chins uncomfortably lifted when Sally Downie and Monique Worsley from regional NSW took the stage at the National Drought Forum in Toowoomba.

The forum is a "bringing together of ideas" for how Australia can better deal with its "creeping natural disaster", drought.

The pair are speaking as the UNICEF youth representatives for drought and have come with a powerful and stern message.

"We are a generation that won't give up easily, but we shouldn't have to fight for everything," Monique firmly told the audience.

"Australia is a global leader in farming and agriculture and our generation wants to be global leaders in drought responsiveness.

"We appreciate sympathy. But what we really need is long term thinking, a national drought plan and most importantly concrete solutions." 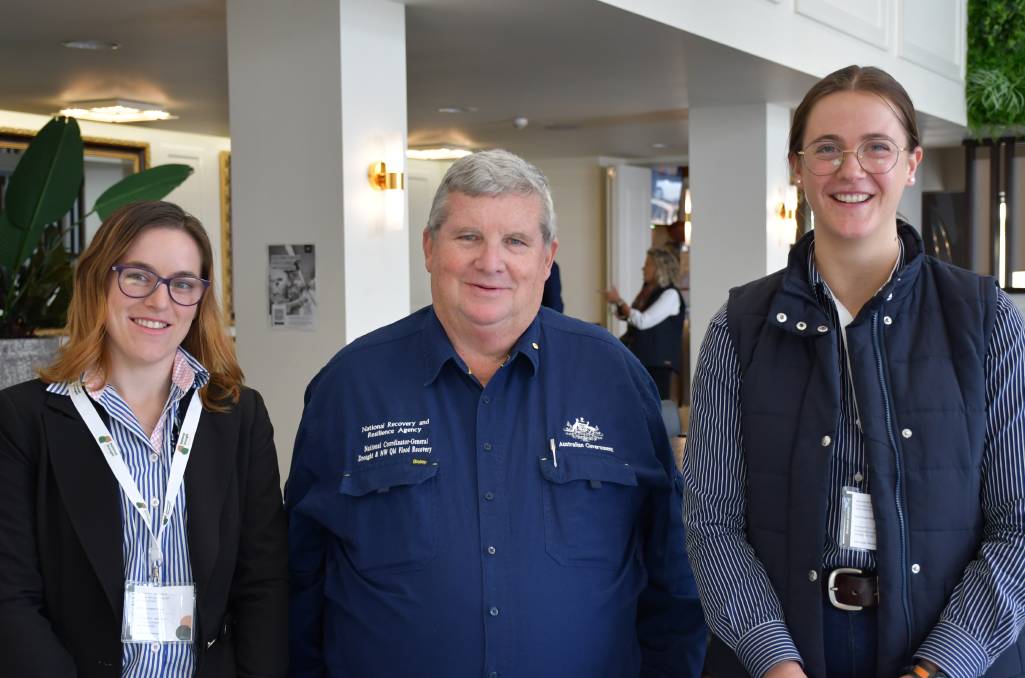 "Let us not learn the worth of water once the well is dry, nor the worth of our industry when the land is parched" she said.

"Lets all learn, adapt, prepare and survive for a sustainable productive future in agriculture."

The two young women are both at the beginning of their careers in agriculture and are leading a team of 88 young Australians who want their voices to be heard when dealing with resilience, preparedness and innovating in drought.

Last year, they sat down with Minister for Drought and Agriculture David Littleproud and asked for a seat at the table to speak about drought's "incredibly unique impact" on young people.

Today, they're turning heads with their ambition to drive change and address the "life threatening" consequences drought has on rural communities.

Monique is currently studying dual degree in law and science at ACU in Canberra, and Sally is studying ag science part time, while working on her family farm in Trundle and leading her own rural mental health advocacy group 'Grassroots Blueprint'.

"It's really exciting to be at a national forum," Monique said.

"We're not just here as the token young people, we are speaking and sharing our personal stories."

Sally said young people have a distinct advantage in attitude when it comes to talking about drought.

"We're not afraid of speak, we will say things how they are," Sally said.

"There's just two of us involved here today, but we need more than that. We want to keep this conversation going."

"Young people offer a fresh perspective. When you look at climate change, young people have grown up with it and are more comfortable speaking about it's affects."

In 2019, UNICEF Australia called together the group of 88 young people from 57 rural properties that covered more than 300,00 hectares of land for a young person drought summit.

"The UNICEF Australia summit offered a lot more than just a chance to be heard," Monique said.

"It gave me a chance to listen and reconnect. It helped ground me in terms of who and what I value most.

"My experience with drought is grounded in my family's story," Monique said.

Monique comes from a small property in March, New South Wales and her father is a high level quadriplegic who became very ill when she was twelve years old.

Monique said that as her dad's health started to return, drought made everything worse.

"Rural Australia has always been on the back foot in terms of resources and support," she said.

"The drought didn't just highlight this, it exacerbated the inequalities."

Sally said she knows drought will always been an issue that regional and rural Australia always has to deal with, but with the right policy the damages can be significantly less.

"My family went through four years of drought conditions, which set the business back ten years," she said.

"It was ten years of business knocked back, and it was also a massive knock back to you mentally."

"There will never be a perfect way to deal with drought, but if we can change that impact from ten years to five, then that is a massive change."