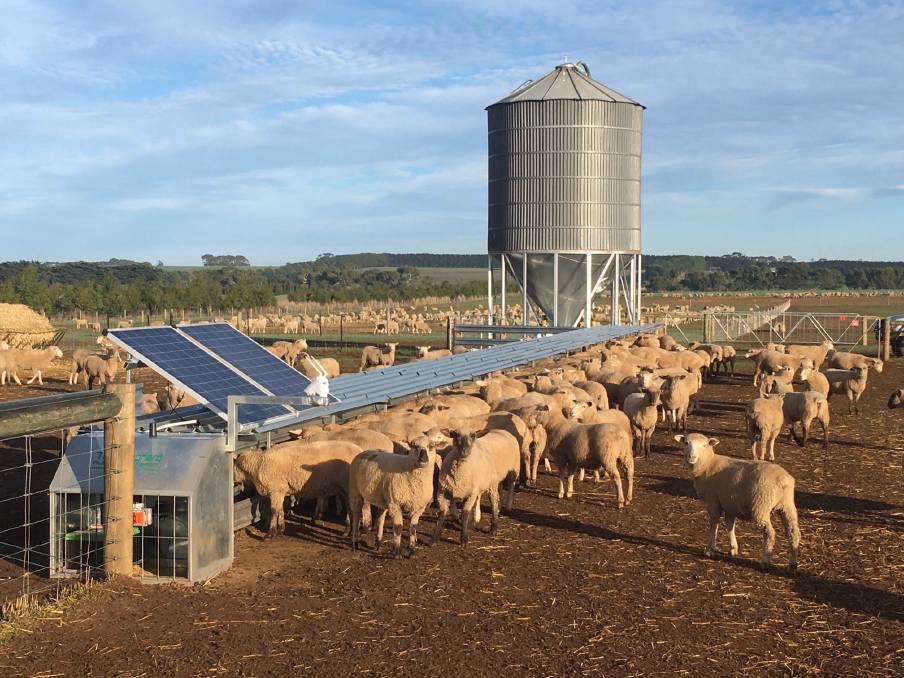 Farmers can never be replaced but if automation and technology is embraced they will be smarter, armed with tools that allow them to make better decisions on when to sell, what to buy and how much to feed. Photo: The Sheperd Ag

Are farmers ready to give up the v neck farmer tan?

Farmers have always spent the majority of their time working outside with their hands, a loyal sheep dog often by their side.

But this stereotype could soon be outdated.

Now, with automation technology, farmers can feed livestock, fill water troughs or irrigate and monitor crops from the confines of their office, all through an app on their phone.

Machines are capable of doing many of the jobs farmers once did - technology previously only ever seen in 20-year strategic visions or sci-fi movies is here, now.

Charles Sturt University and Food Agility recently announced they were building Australia's first "hands-free" farm at Wagga Wagga and Food Agility's David Lamb, who is heading up the project, said "the future already exists...but our aim is to bring it all together".

But are farmers ready to give up the farmer's 'v neck' tan for a largely office-based role? Or will new toys, like the drone you bought for Christmas, collect dust on the shelves for years to come?

One of the first jobs farmers would be happy to pass off to a machine would surely be feeding - a job many became too familiar with during the drought - but one that is also now part of many producers' yearly operations, the price of sheep and cattle often high enough to warrant the task and containment lots becoming more popular as a tool to improve ground cover.

The first benefit of automated feeding that comes to mind is reduced labour - imagine what else could be done with those four hours spent feeding every second day.

Data the number one selling point

But with automation often comes data, the number one selling point for most automation businesses.

Temora's Justin Dunn was principal of Ariah Park High School and a part-time farmer when he invented The Shepherd auto-feeder, which won the Henty Machinery Field Days Agri Innovators Award in 2018.

The Shepherd automatically feeds sheep a set amount of grain, chosen by the farmer, and can even be set to do an induction ration - reducing the risk of acidosis.

Even more impressive is the fact it can tell a farmer how many kilograms sheep have eaten in a day, how many grams per head that's equivalent to and the average weight of the sheep (with scales installed on the side of the feeder).

"What was lacking was detailed data for farmers to make informed decisions, particularly when it came to feed consumption - a lot of them were just tapping the side of the silo and saying 'they've eaten a bit'," Mr Dunn said.

"They didn't know what the sheep were consuming or even if they were making money or not, which when you're feedlotting is fairly tight, you have to crunch the numbers."

Mr Dunn no longer works as a school principal, The Shepherd is a full-time job as the interest in automation grows.

He predominantly sees inquiries from father and son teams - the father still holding the purse strings but the son guiding decision-making towards the future.

The biggest hesitation from farmers, apart from the cost, was whether they could trust in the machinery and manage the technology.

"We try to keep the technology and the inputs as simple as possible," Mr Dunn said.

"But like any machines, there's going to be wear, they'll break down sometimes."

There is no doubt automation is a time-saver and as Mr Dunn says - "you can't work on your business, while you're working in your business."

But the bigger draw may be the opportunity farmers have to hone their business with data-driven decision making.

No one is arguing that humans can be taken out of the equation - even with all the technology and data in the world, it is likely that a farmer will notice with his own eyes a sick ewe or a hole in the fence before his app informs him.

But farmers will be smarter, armed with tools their forebears couldn't even imagine, allowing them to make better decisions on when to sell, what to buy and how much to feed.

In the future they might spend more time in the office chair than the seat of a ute, but they can never be replaced, no matter how fancy the technology gets.