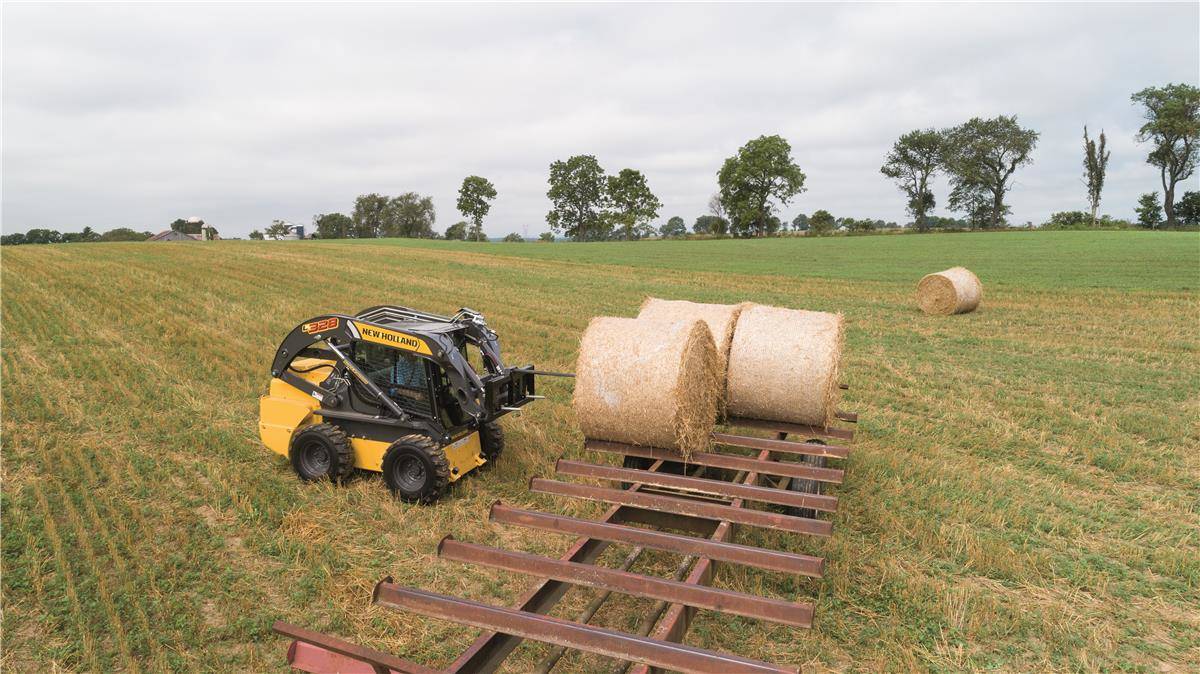 MIGHTY HANDY MACHINE: New Holland's L35 skid steer loader can do many jobs on farms with the addition of labour-saving tools.

New Holland is celebrating the 50th birthday of its first skid steer loader.

New Holland is celebrating the 50th birthday of its first skid steer loader, a machine that has become a valuable tool on many farms.

The birth of the New Holland skid steer took place in hay tools design when an engineer discovered that his mower design could be turned on its side to achieve an upward- and forward-reaching motion.

In 1971 New Holland built its first production skid steer loader, the L35, which introduced many industry firsts to the market.

Its vertical lift design allowed for greater reach and improved clearance for loading and its longer wheelbase provided a smooth, steady ride for operators.

New Holland also took the leader position in operator safety with the L35, being the first manufacturer to introduce rollover and falling-object protection. WORK IN PROGRESS: New Holland has been continually refining and improving its L35 skid steer loader since producing the first one in 1971.

A New Holland spokesman said during the past five decades the company had improved the design and functionality of the original L35, increasing reach and load capacity, reducing cycle times and extending the skid steer line up to include compact track loaders.

Along with the easy-to-navigate features, the display offered the versatility of electro-hydraulic control settings, allowing the operator to customise and adjust the machine's settings to individual preferences and needs, the spokesman said.

For customers who buy a skid steer during the anniversary celebration, a "50 Years Edition" decal will be added to the rear left-hand side of all skid steers from mid-June.