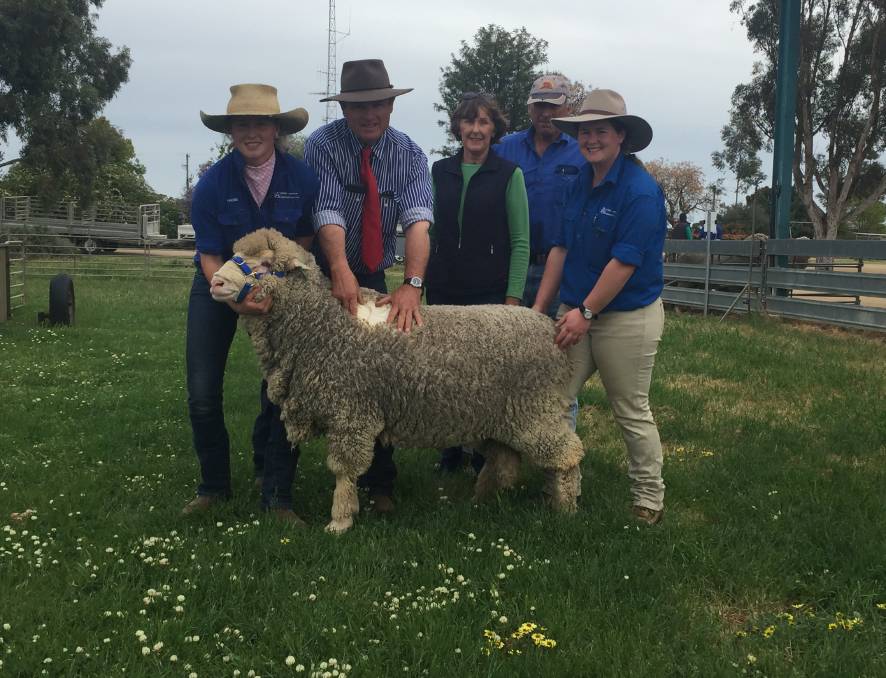 Located at Wanganella in southern NSW, between Deniliquin and Hay, the studs are owned by Colin McCrabb and cover an area of 6880 hectares, or 17,000 acres.

Avenel Merino genetics go as far back as the 1950s when Mr McCrabb's father realised the potential of the breed.

"When my father left school, my grandfather was growing crossbred sheep, but Dad convinced him to buy some Merinos, so it has always been Merinos ever since," he said.

Mr McCrabb said the Merino was now more of a dual-purpose animal.

"The meat component is becoming more important. Not many people are running wethers for wool. Wethers tend to be grown out and sold for meat, yet the wool is still a very valuable commodity," he said.

"The split for wool and meat income was once about 70 per cent wool and 30pc meat, now it is probably about 40pc wool and 60pc meat, it varies a little bit, but it has certainly turned around.

"Because of that we, alongside the whole industry, have changed the style of sheep we produce to become plainer and shift the focus to the carcase shape and size."

Ultimately though, fertility is the bottom line at Avenel.

"We have good fertility. Our yearly average in the studs, in particular, will be more than 100 per cent to ewes joined and the long-term average would be in the very high 90 to over 100pc range in the commercial ewes," Mr McCrabb said.

"Lamb survival is good. We are always trying to improve that and it changes each year with the season."

Mr McCrabb said their sheep are bred for a range of attributes.

"On the commercial side of things, we aim to breed highly productive animals that produce a good wool cover and are very fertile, so the ewes are always producing lambs," he said.

"In our rams, we are looking for a nice white, bright, pure and lustrous wool, which is free growing. Because we shear them twice a year, we still require staple length. It has to have enough condition to keep dust and dirt out, but it also has to have enough wax in it so it remains waterproof.

Likewise, these are the same traits they look for in their ewes, with the addition of fertility.

Whether they have had a bad joining due to a poor season or predation, subject to the season, they may get a second opportunity to breed.

The studs have a client base ranging from Brewarrina in the north-west of NSW, with a 250 to 305 millimetre annual rainfall to ram clients near Ararat, south-west Victoria, which receives in excess of 1000mm of rainfall per year.

"We want wool and sheep that will handle rainfalls in excess of 1000mm and down to say some pastoral country that gets 250mm per year," Mr McCrabb said.

"We have a very strong client base south of Wagga Wagga, NSW, and clients in the Loddon Mallee region, some in north-eastern Victoria and north of Bendigo as well."

Wanganella receives an annual rainfall of about 375mm, which Mr McCrabb describes as "not very reliable".

They have 500 hectares of flood irrigation they use purely for growing sub-clover/clover-ryegrass pasture mix and the majority of the property is cottonbush, saltbush treifoil and ryegrass.

"That really helps us for the 'mythical' autumn break down here when we have a feed shortage in summer and autumn waiting for the rain to come in early winter," he said.

Avenel sticks to a tight 5.5-week joining period from mid-December to the end of January, before ewes are scanned for pregnancy in March.

"We then draft the ewes depending if they are carrying twins or singles and depending on the season, we will supplementary feed those with twins to give them a boost ahead of lambing," Mr McCrabb said.

"We supplement all our ewes with grain during those very dry periods and especially the twinners to keep them going."

Like most sheep producers, Mr McCrabb has been very happy with the current sheepmeat prices.

"We have sold some surplus ewes up to $292 bare shorn online," he said.

"We used AuctionsPlus for our annual ram sale in September 2020 and it went well.

"It was a very steep learning curve for all of us last year, and hopefully we can get back to some normality where people will be able to attend sales, but I do believe online selling platforms are here to stay for stud sheep."

Avenel's on-farm auction is scheduled for September 17, with pre-sale inspections (by appointment) on September 10.

A total of 96 rams will be auctioned individually in the main run, followed by a "double hammer" auction of a further 24 rams. 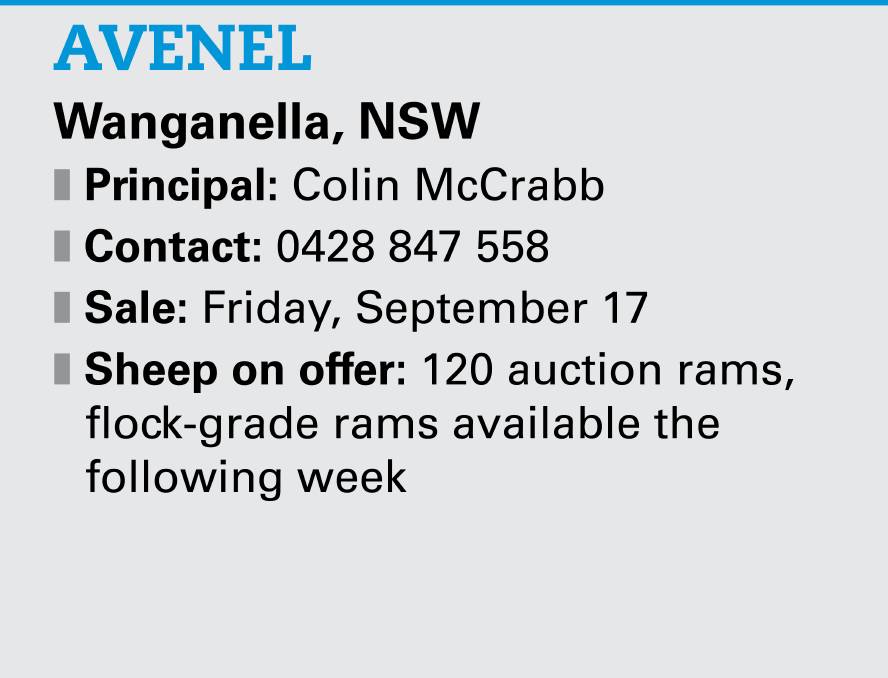