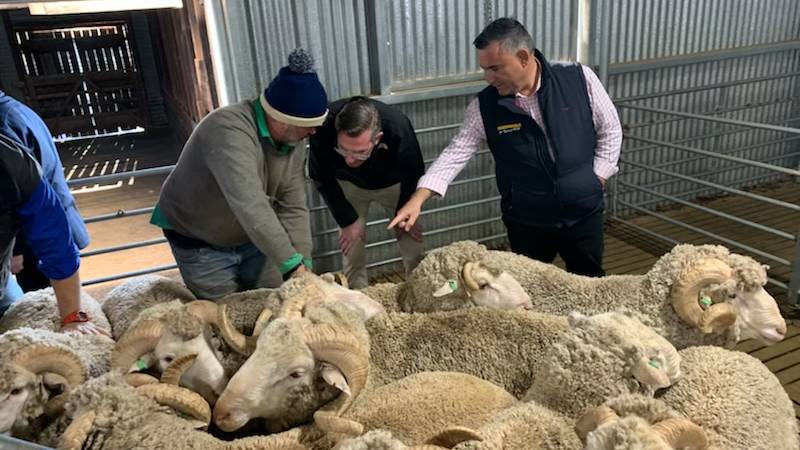 Deputy Premier John Barilaro with Treasurer Dominic Perrottet at Boxleigh Park Merinos woolshed, but no sign of the Ag Minister Adam Marshall for the budget announcement.

But why isn't the Ag Minister at the woolshed ?

The Government though dismissed this as just part of the busy lead-up to the State Budget and "programming" and said a similar set of circumstances occurred in 2019 with former Ag Minister Niall Blair who was not present for a $300m pre-budget announcement.

The new initiatives in the Future Ready Regions strategy includes:

The Land understands the ag-tech program overseen by the Department of Regional NSW will be expanded to five new areas: Riverina-Murray, North-West, Central-West, Northern Tablelands and North Coast areas. The funds are flowing through the $4.2bn Snowy Hydro Legacy Fund.

The focus is on improving technology in the grains, cotton, red meat and tree crop sectors.

The government says the aim of the package is also to "support farm businesses and other landholders to diversify their income through carbon farming and biodiversity offset programs" and "streamline planning requirements to make it easier for primary producers to diversify into agritourism and carry out agricultural programs". 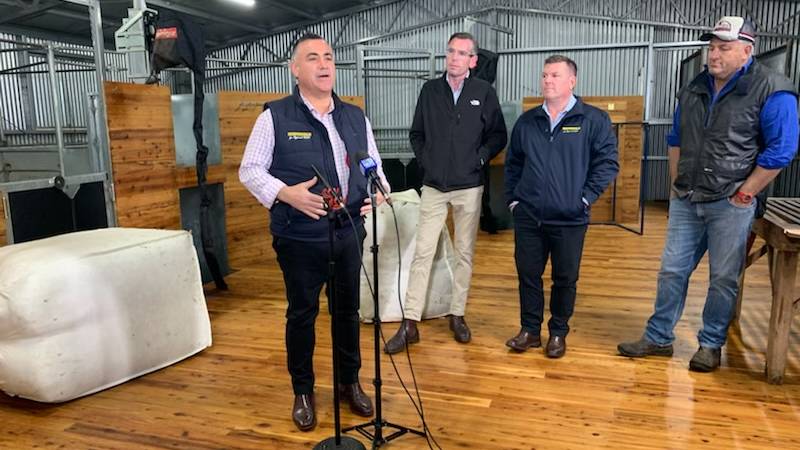 The aerial electromagnetic survey started in 2019 from Cobar to Rankins Springs, and also found deposits of gold, copper and zinc. It can detect groundwater and minerals about 500 metres below the ground. The original survey covered 19,000 square kilometres.

The Government plans to do more surveying down to Broken Hill. It hopes it can find saline or non-potable water for mining operations, that will mean miners will not have to use potable water supplies needed by rural communities.

Interestingly it also hopes to find empty aquifers in the ground where it can store potable water, in effect creating underground dams.

Deputy Premier John Barilaro said at the announcement: "It feels like just yesterday the entire state was in drought with towns running out of water, crops failing to reach harvest and farmers making heartbreaking decisions between feeding livestock or feeding their families," Mr Barilaro said.

"These are the lessons we cannot afford to forget and will be enshrined in the Future Ready Regions strategy to make sure our communities are ready when the next drought hits.

Mr Perrottet said the Future Ready Regions strategy was built on the experiences and lessons learnt from the worst drought on record, which identified priorities and opportunities to future-proof regional NSW.

"This is about ensuring our regional communities, farmers and primary industries are prepared for future economic shocks and empowering them with new tools, training and better data to plan and inform decision-making," Mr Perrottet said.

"We will also undertake large scale aerial surveys of western NSW to identify potential new water sources and underground storages to reduce pressure on other supplies during drought, upgrade the Enhanced Drought Information System and help farmers develop business plans for drought as well as the good years."

Member for Dubbo Dugald Saunders said: "Primary producers I talk to are definitely keen to have planning and support in place for future dry times. The ability to utilise technology and diversify income into the future is also important, and I'm really pleased we've developed this new package."

The NSW Budget is handed down next Tuesday (June 22).