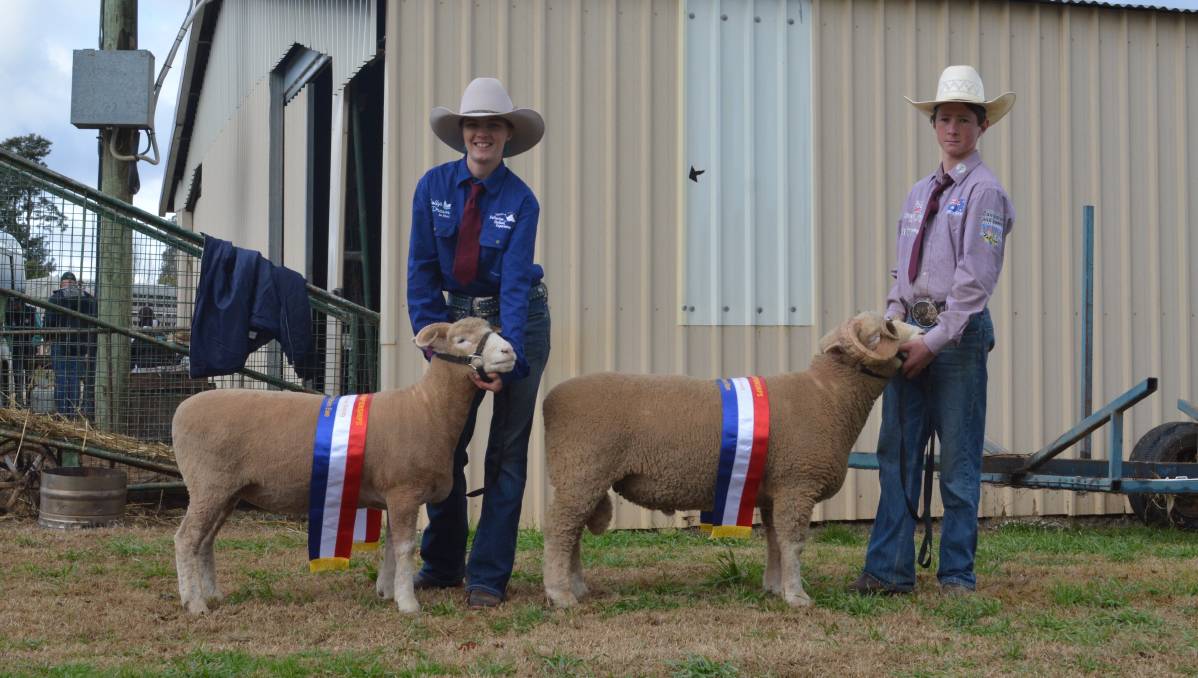 All the results from the Dorset Horn ring at the 2021 NSW Dorset Championships, Cowra.

COONABARABRAN based Bimbadeen Park Dorset Horn stud has come away with a clean sweep of the Dorset Horn classes at the 2021 NSW Dorset Championships in Cowra today.

Claiming both champion ram and champion ewe of the section under judge Paul Brown of Derby Downs Poll Dorsets, Marong, Vic, Bimbadeen stud principal Sue McGoldrick said she returned to the event after a year off with five horned and nine polled exhibits.

The exhibits were shown by the students of St Lawrence's Catholic College, Coonabarabran.

Described as a "well put together young ram" by judge Mr Brown, the top ram will be retained by Ms McGoldrick but semen is likely to be collected for an artificial insemination (AI) program and may be marketed.

"I like his balance. He has plenty of meat and nice open horn setting - it can be hard to get the horn setting right," she said.

"The ram is related to the ram featured in the movie 'Rams'."

Also related to the big-screen feature ram was Bimbadeen Park tag 79, a milk tooth ewe any length of wool dropped after August 1, that received the honours of champion Dorset Horn ewe of show.

A twin-born ewe, she went back to one of the stud's show ewes from a few years ago, Ms McGoldrick said.

"We thought about flushing her mum, she is a stand-out," she said.

"She will be retained and we will look at doing an AI program that she will be included in which will use semen from a Roseville Park ram to create a new line." Bimbadeen Park's winning group of one ram and two ewes under 1.5 years, any wool, handled by students Emily Hoffmann, yr 9, and Linden Raaen (right), yr 10, and owner Sue McGoldrick, all of Coonabarabran.

Mr Brown said she was a smart ewe that paraded well.

"She is a ewe with a great carcase, and I hope she goes on a breeds well for the exhibitor," he said.

In total nine Dorset Horn entries were shown from two exhibitors, which is up from the last year where only one stud was represented by four studs.

Reserve champion ram was Boorowa-based Keith and Val Coble's exhibit in Kei-Vale 6/20, the winner of the ram under 1.5 years shorn not more than 2cm class.

Sired by a Wheeo ram, he had previously been shown at last year's event where he won champion ram as only a 16-week-old ram lamb.

Also from the Coble family was the reserve champion ewe, Kei-Vale 11/20 from the ewe under 1.5 years woolly class.