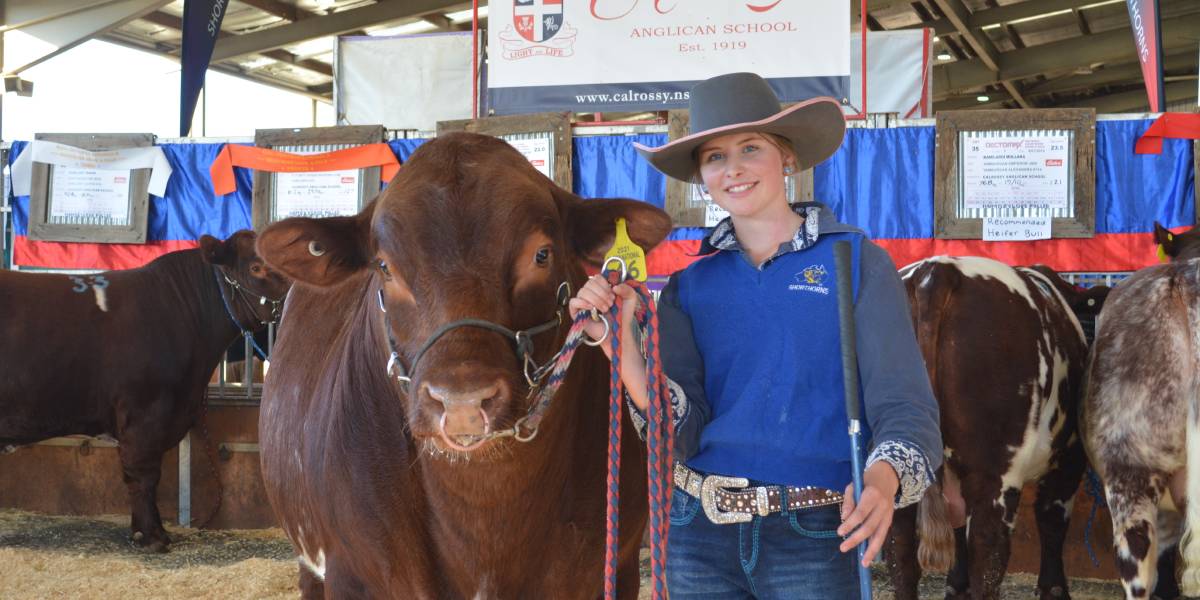 Year 11 student Hannah Thurn of Manilla received the Lugsdin Memorial Trophy for the best parader of the event.

Calrossy Anglican School and its students were happy to be back at Dubbo for the 62nd Shorthorn National Show and Sale last week.

With a team of 10 students and six bulls, the Tamworth based school celebrated a full clearance, a $20,000 top for Kamilaroi Rushcutter Q19 and $13,333 average.

Year 11 student Hannah Thurn of Manilla received the Lugsdin Memorial Trophy for the best parader of the event.

Involved in the show team for five years, Ms Thurn has a background in campdrafting and first chose to become involved in the cattle side of things as all the people she had previously known from Calrossy had done it.

Ms Thurn competed in the F002 paraders at Sydney Royal where she stood second in class. She hopes to return to the event next year to see how far she can go.

"It is great to be back in the ring, last year was disappointing especially for the (2020) year 11 students that missed their final year," she said.

"I also like judging, and want to give it more of a crack, learn more and see and understand different peoples' perspectives."

After school she hopes to do a gap year in the Northern Territory before potentially studying veterinary science at Charles Sturt University, Wagga Wagga. 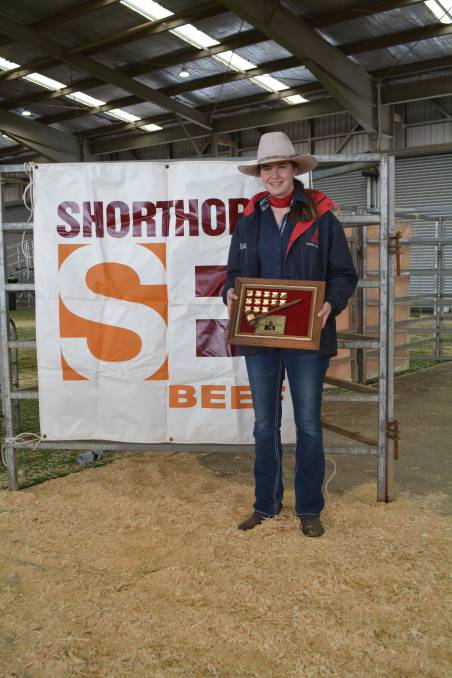 The Tony Fountain Memorial Trophy presented as an encouragement award was received by Quirindi local Caitlin Scanlon, also of year 11 at Calrossy.

The Tony Fountain Memorial Trophy presented as an encouragement award was received by Quirindi local Caitlin Scanlon, also of year 11 at Calrossy.

One of the ag leaders of the school Ms Scanlon has been showing cattle since year 7.