Penning the Merino sheep before judging commenced at 8am. 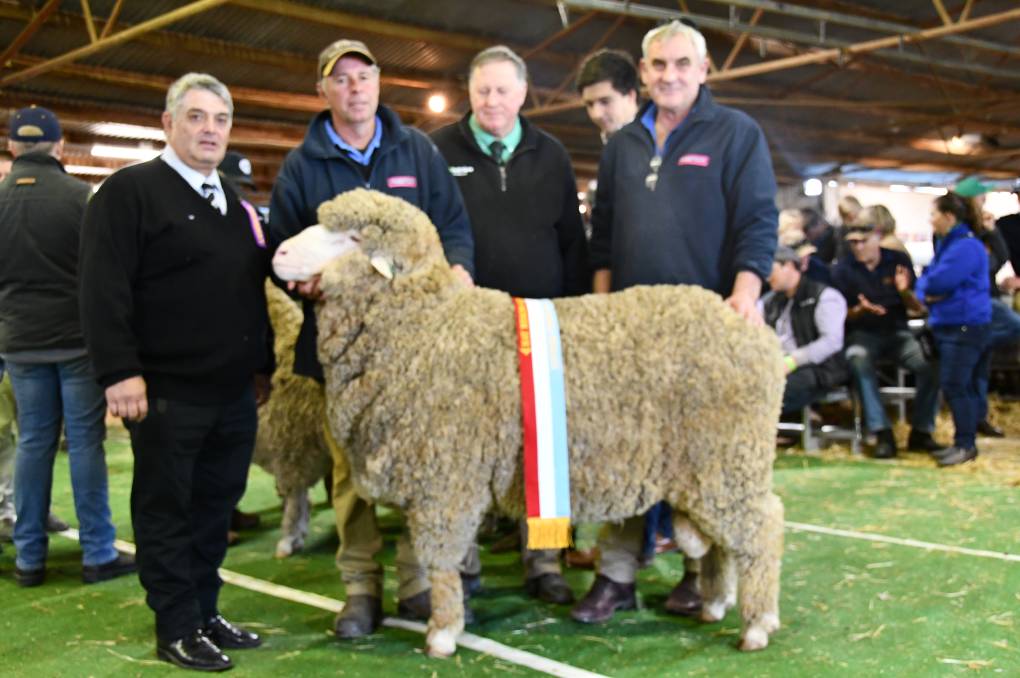 Ian Lugsdin presenting the trophy to Doug Walker for the supreme exhibit of the show, with Stephen Chalmers and Stephen Gates. "The quality here today is the best I've seen and although numbers are back a bit, the sheep are a credit to the exhibitors," he said.

"The stud sheep are just stunning - it has been a great day."

Mr Lugsdin said the Hay Sheep Show is one of the few country shows which are still growing.

"We have had some of Australia's best Merino sheep here, from the traditional, dual-purpose and modern types," he said.

"We also had the largest crowd we have seen for many years.

"There are lots of young people here with a passion for the Merino and they want to learn as much as they can."