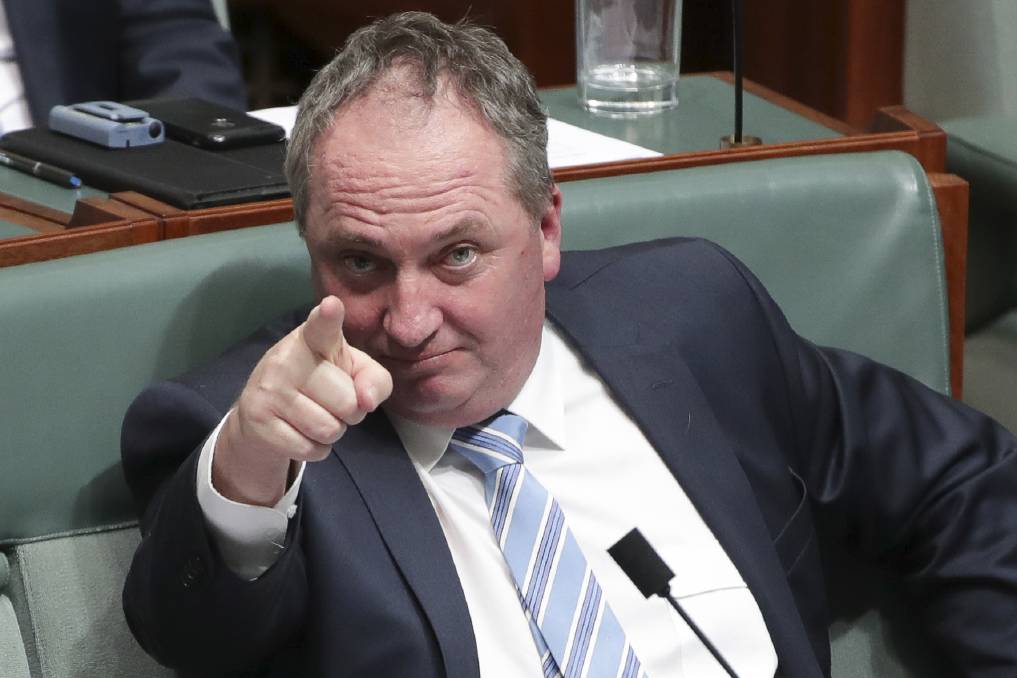 BARNABY Joyce has reclaimed leadership of the Nationals.

BARNABY Joyce has reclaimed leadership of the Nationals, more than three years after he stepped down as Deputy Prime Minister.

Despite Mr Joyce stating earlier this morning "there is no prospect of a spill at this point in time", a spill motion was called at the party room meeting.

There have been internal rumblings from within the Nationals, reportedly unhappy with Mr McCormack's performance and policy priorities.

The spill was Mr Joyce's second attempt to retake the leadership, after he failed to win the 11 required votes 18 months ago in February 2020.

Nationals whip Damien Drum said the result showed the party was "the most democratic party in Australia".

Mr Drum said nothing had changed other than the party's leadership, with David Littleproud retaining his position as deputy leader.

Mr Joyce will address the media later today, after he has spoken with Prime Minister Scott Morrison and begun the process to be sworn in as Deputy Prime Minister.

Climate and emissions reduction policy will become much more difficult for Mr Morrison and the Liberals with Mr Joyce at the helm.

Many Liberal MPs, Trent Zimmerman, are desperate for meaningful action on climate change because without it, they are at risk of losing their seat to independents in the coming election.

However, Mr Joyce and a number of his supporters have been vocal critics of any potential move to a 2050 carbon neutral target, which Mr Morrison's language has been edging towards for the last 18 months.

Mr Joyce has previously spoken about the need to reduce spending following the pandemic-induced recession.

Dams are a pet project of Mr Joyce and under him there be renewed push to constructed more.

Mr Joyce has also been outspoken about the threat China poses and his elevation could provoke further tensions between the two countries.