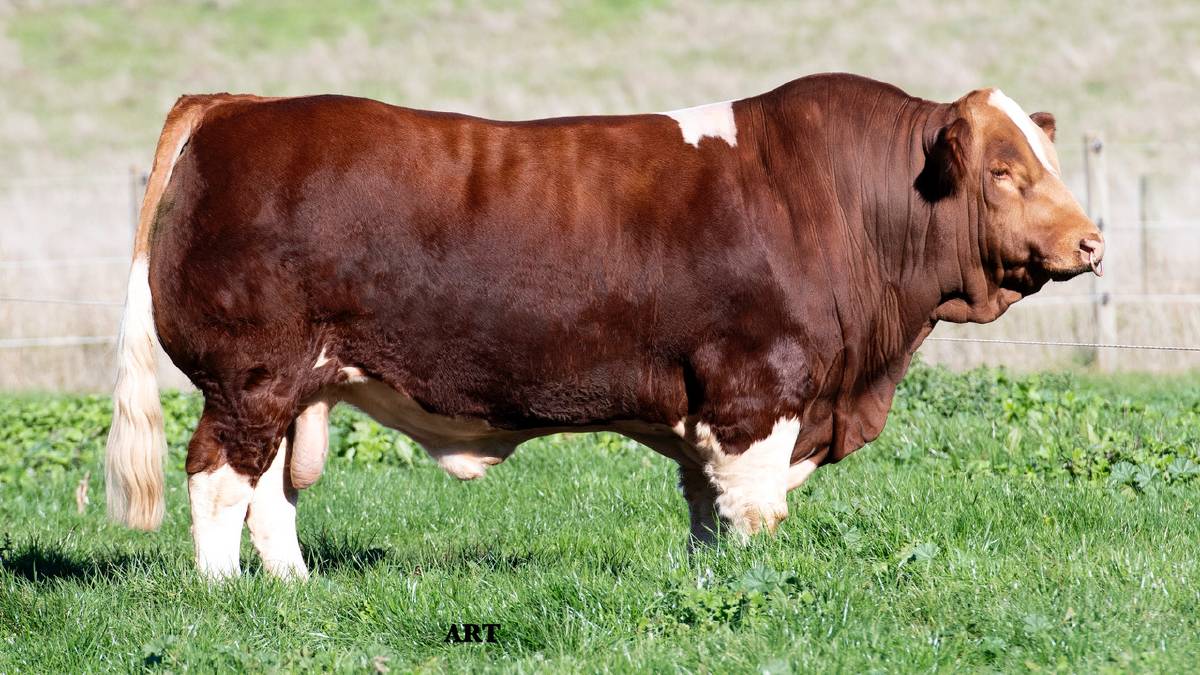 The average price was up but clearance was impacted at the Red Angus and Simmental National.

The decision to continue an online only sale produced mixed results for the Red Angus and Simmental National with the average price up on all categories but the clearance back on last year.

Due to injury the grand champion Red Angus bull, Schipps Quade, was withdrawn the day of the sale but the breed still performed strongly.

Nutrien stud stock agent John Settree said while it was a mixed sale, it wasn't reflective of the quality of the cattle.

"I think the fact it was online only may have missed some people but if anyone wants more information regarding the available lots then please get in touch," he said.

Reaching the sale high of $19,000 was the 25-month-old Mt Ararat Quantum from Victoria's John Leek.

The 1070 kilogram bull described as "the real deal" had already won two supreme exhibits from two shows and was bound for Ivan Price, Moongool, Yuleba, Queensland, through Nutrien Roma.

Also heading to the north was the $11,000 top price Red Angus bull, Round-Em-Up Rascal, who was secured by Womblebank Cattle Company, Mitchell, Qld.

The 15-month-old son of Round-Em-Up Nugget N045 from the Hobbs family, Molong, weighed 570 kilograms at the Sydney Royal Easter Show in April with an eye muscle area of 100 square centimetres

He was suitable for heifers.

The sale was held on AuctionsPlus through Nutrien Studstock.